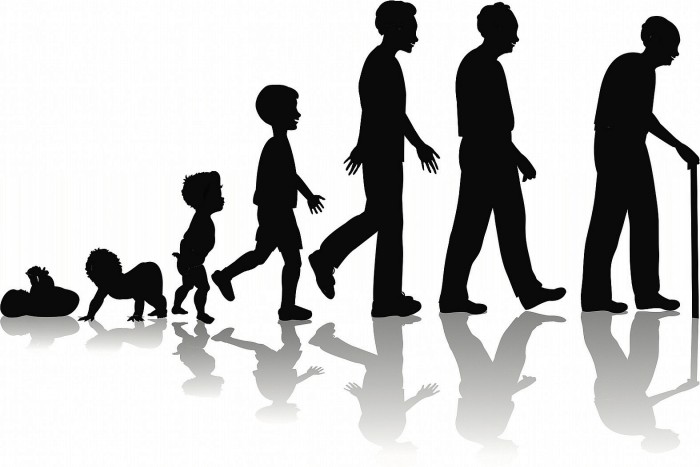 The psychology of the development is the scientific study of age – related changes over human life. A scientific research discipline, recognizes human beings from all societies and cultures as beings that are “in process” or that are in constant growth and change, this discipline identifies the biological, psychological and social aspects that interact to influence the growth process of human life.

The psychology of development as a discipline did not exist until after the industrial revolution when the need for an educated workforce led to the social construction of childhood as a totally different stage in the life of a person.

The term childhood originates in the Western world and that is why research is derived from there, developmental psychologists were interested in studying the child’s mind so that education and learning could be more effective. Developmental changes during adulthood are an even more recent area of ​​study, this is primarily due to advances in medical science, which allows people to live to a ripe old age.

Charles Darwin is credited with conducting the first systematic study of developmental psychology, in 1877 he published a short article detailing the development of innate forms of communication based on scientific observations of his young son, Doddy.

However, the emergence of this psychology as a specific discipline takes place in 1882 when Wilhelm Preyer (a German physiologist) published a book entitled The Mind of the Child. In the book, Preyer describes the development of his own daughter from birth to two and a half years, it is important to note that Preyer used a rigorous scientific procedure during the study of his daughter’s many abilities.

In 1888, Preyer’s publication was translated into English, at which time developmental psychology as a discipline was fully established with 47 other empirical studies from Europe, North America, and Great Britain published to facilitate the dissemination of knowledge in the field.

During the 1900s, three key figures have dominated the field with their extensive theories of human development, namely Jean Piaget (1896-1980), Lev Vygotsky (1896-1934), and John Bowlby (1907-1990). In fact, much of current research continues to be influenced by these three theorists.

Development theories provide a framework for thinking about human growth and learning, but why do we study development? What can we learn from developmental psychological theories? If you’ve ever wondered what motivates human thought and behavior, understanding these theories can provide useful insight into people and society.

Child development that occurs from birth to adulthood was largely ignored throughout much of human history. Children were often viewed as simply small versions of adults, and little attention was paid to the many advances in cognitive skills, language use, and physical growth that occur during childhood and adolescence.

Interest in the field of child development finally began to emerge in the early 20th century, but it tended to focus on abnormal behavior. Eventually, researchers became increasingly interested in other topics, including typical child development, as well as influences on development.

Why is it important to study how children grow, learn, and change? Understanding child development is essential because it enables us to fully appreciate the cognitive, emotional, physical, social, and educational growth that children experience from birth through early adulthood.

Some of the major theories of child development are known as grand theories; they attempt to describe every aspect of the development, often using a scenic approach. Others are known as mini-theories; Instead, they focus only on a fairly limited aspect of development, such as cognitive or social growth.

Psychoanalytic theory originated with the work of Sigmund Freud, through his clinical work with patients suffering from mental illness, Freud came to believe that childhood experiences and unconscious desires influenced behavior.

His theory suggested that the libido energy was focused on different erogenous zones in specific stages, failure to progress through a stage can result in a fixation on that point of development, which could have an influence on behavior. of adults.

So what happens when children complete each stage? And what could result if a child does not perform well during a particular point in development? Successfully completing each stage leads to the development of a healthy adult personality, if the conflicts of a particular stage are not resolved, fixations can occur that can influence the behavior of adults.

While some other theories of child development suggest that personality continues to change and grow throughout life, Freud believed that it was early experiences that played the most important role in shaping development, personality is largely immovable to life. age of five.

During the first half of the 20th century, a new school of thought known as behaviorism rose to become a dominant force within psychology. Behaviorists believed that psychology needed to focus only on observable and quantifiable behaviors in order to become a more scientific discipline.

According to the behavioral perspective, all human behavior can be described in terms of environmental influences. Some behaviorists, such as John B. Watson and BF Skinner, insisted that learning occurs purely through processes of association and reinforcement.

This theory differs considerably from other theories of child development because it does not give consideration to inner thoughts or feelings, instead it focuses purely on how experience shapes who we are.

Piaget claimed that logic and morality develop through constructive stages, expanding on Piaget’s work, Lawrence Kohlberg determined that the process of moral development was primarily related to justice, and that it continued throughout the individual’s life.

The five systems are microsystem, mesosystem, exosystem, macrosystem, and chronosystem. Each of them contains roles, rules, and norms that can powerfully shape development.

Since its publication in 1979, Bronfenbrenner’s main statement on this theory is that it has had broad influence on the way psychologists and others approach the study of human beings and their environments, as a result of this conceptualization of development, these Environments, from the family to economic and political structures, have become part of the life course from infancy to adulthood.

Attachment theory, originally developed by John Bowlby, focuses on the importance of open, intimate, and emotionally significant relationships. Attachment is described as a biological system or a powerful survival drive that evolved to ensure the survival of the baby. A child who is threatened or stressed will move toward caregivers who create a sense of physical, emotional, and psychological security for the individual. Attachment is fueled by bodily contact and familiarity, later Mary Ainsworth developed the Strange Situation protocol and the concept of the secure base.

A child can be hampered in their natural tendency to form attachments, some babies are raised without the stimulation and attention of a regular caregiver, or locked up under conditions of extreme abuse or neglect. Possible short-term effects of this deprivation are anger, despair, detachment, and temporary delay in intellectual development. Long-term effects include increased aggression, clingy behavior, detachment, psychosomatic disorders , and an increased risk of depression in adulthood.

This period extends from birth to 18 months of age. The baby that arrives in the new environment, from the mother’s womb, needs only food, if the mother anticipates and meets these needs consistently, the baby learns to trust others, develops trust, inevitably, the child will experience moments of anxiety and rejection .

This stage varies from 18 months to 3 years. In the second year of life, the muscular and nervous systems have developed markedly, and the child is eager to acquire new skills, no longer content to sit and watch, he also moves and examines his surroundings, but the judgment develops more slowly.

This stage lasts 3-5 years. The crisis faced during this period is the guilt of the initiative, once a sense of independence has been established, the child wants to try various possibilities, it is at this time when the child’s will is acquired to try new things is facilitated or inhibited.

This period ranges from 5 to 12 years. During this period, the child develops a greater capacity for attention, needs fewer hours of sleep and gains strength rapidly; therefore, the child can spend much more effort in the acquisition of skills and needs achievements, regardless of his ability.

The child aims to develop a sense of competence, rather than incapacity. Success in this endeavor leads to more industrious behavior, failure results in the development of feelings of inferiority.

This is a transition period from childhood to adulthood that extends from 12 to 20 years. During this period, the individual reaches puberty that leads to many changes, these changes have enormous implications for the sexual, social, emotional and vocational life of the individual; This is why Stanley Hall has aptly described this period as a “period of storm and stress .”

This stage extends from 20 to 30 years. As an adult, the individual takes a firmer place in society, usually has a job, contributes to the community, and supports a family and caring for the offspring, these new responsibilities can create tensions and frustrations, and one of the solutions involved is an intimate relationship with the family.

This period ranges from 30 to 65 years. During this stage of life, it requires expanding one’s interests beyond oneself to include the next generation, the positive solution to the crisis consists not only in giving birth to children, but also in working, teaching and caring to the young, in the products and ideas of culture, and in a more general belief in the species.

This stage is the extension after 65 years until death. By this age, people’s goals and abilities have become more limited. The term integrity implies emotional integration; It is not accepting your own life as your own responsibility, it is not based so much on what has happened but on how you feel about it.