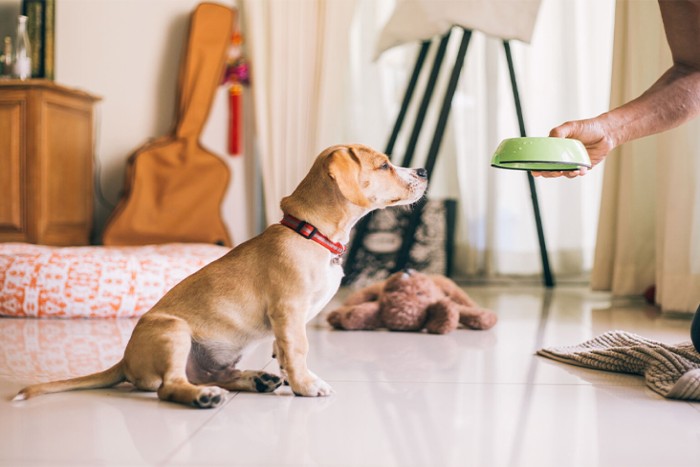 The classical conditioning ,  also known as Pavlovian or respondent conditioning , is one of those introductory psychology terms that are thrown into the air, many people have a general idea that it is one of the most basic forms of learning associative. It refers to the learning procedure in which a biologically potent stimulus (eg food) is paired with a previously neutral stimulus (eg a bell).

It also refers to the learning process that results from this pairing, through which the neutral stimulus comes to elicit a response such as salivation, which is generally similar to that elicited by the powerful stimulus. These basic facts, which require many qualifications, were studied in detail by Ivan Pavlov through experiments on dogs.

The best known and most comprehensive early work on classical conditioning was done by Ivan Pavlov, although Edwin Twitmyer published some related findings a year earlier. During his research on the physiology of digestion in dogs, Pavlov developed a procedure that allowed him to study the digestive processes of animals over long periods of time. It redirected the animal’s digestive fluids out of the body, where they could be measured.

Pavlov noted that his dogs began to salivate in the presence of the technician who normally fed them, rather than simply salivate in the presence of food. Pavlov called the anticipated salivation of dogs “psychic discharge.” By putting these informal observations into an experimental test, he presented a stimulus (for example, the sound of a metronome) and then gave the dog food; After a few repetitions, the dogs began to salivate in response to the stimulus. Pavlov concluded that if a particular stimulus in the dog’s environment was present when it received food, that stimulus could associate with the food and cause salivation on its own.

Pavlov reported many basic facts about conditioning; for example, he found that learning occurs more rapidly when the interval between the conditioned stimulus and the appearance of the unconditioned is relatively short.

Stages and examples of classical conditioning

Classical conditioning theory involves learning a new behavior through the association process. In simple terms, two stimuli are brought together to produce a new learned response in a person or animal. There are three stages, in each stage, stimuli and responses are given special scientific terms:

In this stage, the unconditioned stimulus (EI) produces an unconditioned response (RNC) in an organism. In basic terms, this means that a stimulus in the environment has produced a behavior / response that is not learned (i.e., unconditioned) and is therefore a natural response that has not been taught. In this sense, no new behavior has been learned yet.

For example, a stomach virus (EI) would produce a nausea response (RNC). A perfume (EI) could create a response of happiness or desire (RNC).

This stage also involves another stimulus that has no effect on a person and is called a neutral stimulus (NE), which could be a person, object, place, etc. The neutral stimulus in classical conditioning does not produce a response until it is combined with the unconditioned stimulus.

Often during this stage, the unconditioned stimulus must be associated with the conditioned stimulus on various occasions, or trials, for learning to take place. However, learning along the way can occur on certain occasions when an association does not need to grow stronger over time (such as being ill after food poisoning or drinking too much alcohol).

For example, a person (EC) who has been associated with good perfume (EI) is now considered attractive (RC). Additionally, chocolate (EC) that was eaten before a person became ill with a virus (IE) now produces a nausea response (CR).

Ivan Pavlov showed that classical conditioning applied to animals. Does it also apply to humans? In a famous (though ethically dubious) experiment, Watson and Rayner (1920) showed that it was.

Albert was a 9-month-old baby who was evaluated on his reactions to various stimuli. They showed him a white rat, a rabbit, a monkey, and various masks. Albert described how “generally stolid and impassive” he showed no fear of any of these stimuli. However, what did startle and frighten him was if he struck a hammer against a steel bar behind his head. The sudden noise would make her burst into tears.

When Albert was just over 11 months old, the white rat showed up and a few seconds later the hammer was struck against the steel bar. This was done 7 times in the next 7 weeks and each time Albert burst into tears. By then, he just had to see the rat and it immediately showed all the signs of fear. He would cry (whether or not the hammer hit the steel bar) and try to slip away.

Furthermore, Watson and Rayner found that Albert developed phobias of objects that shared characteristics with the rat; including the family dog, a fur coat, some cotton, and a Santa mask. This process is known as generalization.

Watson and Rayner had shown that classical conditioning could be used to create a phobia. A phobia is an irrational fear, that is, a fear that is out of proportion to the danger. During the following weeks and months Albert was observed and 10 days after conditioning his fear of the rat was much less marked. This is called extinction. However, even after a full month it was still evident, and the association could be renewed by repeating the original procedure several times.

Another example of classical conditioning can be seen in the development of conditioned taste aversions. Researchers John Garcia and Bob Koelling first noticed this phenomenon when they observed how rats that had been exposed to nausea-causing radiation developed an aversion to flavored water after the radiation and water were presented together. In this example, radiation represents the unconditioned stimulus and nausea represents the unconditioned response. After the pairing of the two, the flavored water is the conditioned stimulus, while the conditioned response is the nausea that forms when exposed to water alone.

Why do such associations develop so fast? Obviously, the formation of such associations can have survival benefits for the body. If an animal eats something that makes it sick, it should avoid eating the same food in the future to avoid illness or even death. This is a great example of what is known as a biological preparation. Some associations are more easily formed because they help survival.

In a famous field study, researchers injected sheep carcasses with a poison that could make coyotes sick but not kill them. The goal was to help sheep farmers reduce the number of sheep lost to coyote killings. Not only did the experiment work by decreasing the number of euthanized sheep, it also caused some of the coyotes to develop such a strong dislike of sheep that they would flee at the smell or sight of a sheep.

Classical conditioning in the classroom

The implications in the classroom are less important than those of operant conditioning , but there is still a need for teachers to try to ensure that students associate positive emotional experiences with learning.

If a student associates negative emotional experiences with school, this can obviously have bad results, such as creating a school phobia.

For example, if a student is bullied at school, he may learn to associate school with fear. It could also explain why some students show a particular dislike for certain subjects that continue throughout their academic careers. This could happen if a student is humiliated or punished in class by a teacher.

Teachers can apply classical conditioning in the classroom by creating a positive classroom environment to help students overcome anxiety or fear. Pairing an anxiety-provoking situation, such as acting in front of a group, with a pleasant environment helps the student learn new associations. Instead of feeling anxious and tense in these situations, the child will learn to stay relaxed and calm.

It is the initial stage of learning when a response is first established and gradually strengthened. During the acquisition phase of classical conditioning, a neutral stimulus is repeatedly combined with an unconditioned stimulus. As you may recall, an unconditioned stimulus is something that naturally and automatically triggers a response without any learning. After making an association, the subject will begin to emit behavior in response to the previously neutral stimulus, which is now known as a conditioned stimulus. It is at this point that we can say that the answer has been acquired.

Once the response has been established, you can gradually reinforce the salivation response to ensure that the behavior is learned well.

For example, imagine that after training a dog to jump to the sound of a bell, you stop reinforcing the behavior and the response eventually dies out. After a period of rest during which the conditioned stimulus is not presented, the bell suddenly rings and the animal spontaneously recovers the previously learned response.

It is the tendency of the conditioned stimulus to elicit similar responses after the response has been conditioned.

For example, if a dog has been conditioned to salivate at the sound of a bell, the animal may also exhibit the same response to stimuli that are similar to the conditioned stimulus. In John B. Watson’s famous Little Albert Experiment, mentioned earlier, a young child was conditioned to fear a white rat. The child demonstrated stimulus generalization by exhibiting fear in response to other fuzzy white objects, including stuffed toys and Watson’s own hair.