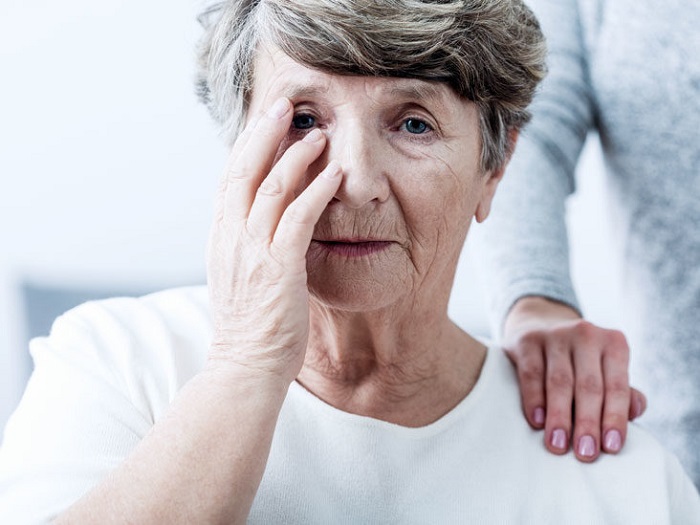 The Pick ‘s disease is part of a group of dementias in which the alteration is in the frontal lobe of the brain, characterized by changes in the character and behavior as well as the progressive degeneration of intelligence, memory and language . This disease was first made known in 1982 at the University of Prague by Professor Arnold Pick ( 1867-1926). Read more on this topic: Intelligence (required article)

Pick ‘s disease is a cortical dementia that appears infrequently but is very specific. At the macroscopic level, it is determined by lobular atrophy, which primarily affects the frontal lobes and then the temporal lobes, one prevailing over the other and symmetrically. This archetype of atrophy is what makes this disease different from Alzheimer’s disease , where it occurs more widely.

In Pick’s disease, significant neuronal loss and reactive gliosis are observed, as well as two pathognomonic lesions: Pick’s bodies and ballooned neurons. These injuries ensure that the person suffers from the disease. It should be noted that at the beginning of this dementia the affected individual only presents behaviors that are not consonant with his personality and this is due to the involvement of the frontal lobe.

At the beginning of the disease, marked changes in the personality are evident, which lead the individual to behave inappropriately in different social contexts, making this one of the disturbing symptoms. Likewise, compulsive behaviors, deterioration in personal hygiene and isolation from the social environment appear.

It should be noted that the person with Pick’s disease presents drastic changes in mood, loses empathy or concern for other people, is indifferent to situations in the environment that surrounds him.

Regarding the origin of Pick’s disease, no one has been specifically determined to the protein changes of the cells. However, when studying patients with this type of dementia, neuronal loss, Pick bodies, Pick cells and gliosis have been found. Neurons are affected by the abnormal reserve of Pick’s cells or bodies. Pick’s bodies contain a large amount of tau protein.

The nervous system has a considerable tau protein that stabilizes the neuron’s skeleton at the neuronal level, but it is its excessive accumulation that causes the damage. Likewise, the studies carried out on the tau protein show that it presents a genetic mutation, which is why genetic predominance is considered an important factor.

Gliosis is another element to consider. Gliosis is the modification of the cells of the nervous tissue due to trauma, cerebral infarction, encephalitis, among other conditions.

Considering the lack of knowledge about the pathogenesis of Pick’s disease, the diagnosis is supported by clinical criteria and postmortem findings (autopsy), the latter providing the definitive diagnosis.

Guidelines for clinical diagnosis are:

At what age can Pick’s disease begin?

Pick’s disease occurs in people between 45 and 65 years old, being more frequent in individuals between 50 and 60 years old. It should be noted that there have been cases where the manifestations of the disease appear at 20 years of age.

Who is affected by Pick’s disease?

Pick’s disease generally affects males. There is a predisposition to suffer from the disease in men who have had a first-degree relative who has had it.

Is there any treatment to cure Pick’s disease?

There is no pharmacological treatment aimed exclusively at improving or curing Pick’s disease, but the patient suffering from the disease is treated with drugs used in other types of dementia, which make it possible to improve the neurocognitive functions of the patient.

Can people die from Pick’s disease?

The individual with this disease has an average life span of 5 to 15 years from the time the diagnosis is made, in general, patients die from an infectious process or from a generalized systemic failure.