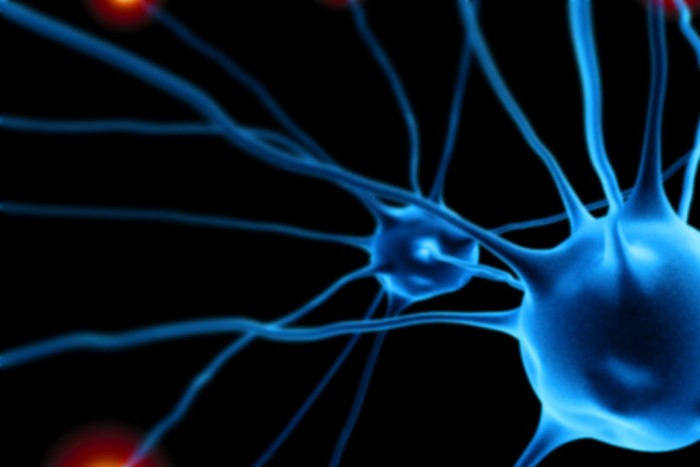 Psychologists in this field hope to discover information that will enrich human understanding of their own mental processes, as well as provide valuable data that will enable those in medical areas to better treat patients with a variety of disorders , both physical and mental.

History is an important part of modern scientific psychology. The study of biological psychology can be traced back to Avicenna, a physician who in The Canon of Medicine recognized physiological psychology in the treatment of diseases involving emotions and developed a system for associating changes in pulse rate with internal feelings, which are seen as a preview of the word association test.

Avicenna also gave psychological explanations for certain somatic illnesses, and always related physical and psychological illnesses. He explained that the “humidity” inside the head can contribute to mood disorders, and acknowledged that this occurs when the amount of breath changes, happiness increases respiration, which increases the humidity inside the brain, but if this humidity goes beyond its limits, the brain would lose control over its rationality and it would lead to mental disorders.

Biological psychology as a scientific discipline emerged after a variety of scientific and philosophical traditions in the 18th and 19th centuries. In philosophy, the first question is how to approach what is known as the “mind-body problem,” that is, the explanation of the relationship, if any, that is obtained between minds, mental processes and states or processes. bodily

Dualism is a family of opinions on the relationship between mind and physical matter. It begins with the claim that mental phenomena are, in some respects, non-physical. In Western Philosophy, some of the earliest discussions of dualistic ideas are found in the writings of Plato and Aristotle, each of whom held, but for different reasons, that human “intelligence” could not be identified, or explained in terms of its own. physical body.

However, the best known version of dualism is due to René Descartes, and he maintains that the mind is an unextended non-physical substance. Descartes was the first to clearly identify the mind with consciousness and self-consciousness, and distinguish this from the brain, which was the seat of intelligence.

The question then, is how are these separate and completely different aspects of living things, mind and body related? Some, like Descartes, proposed physical models to explain animal and human behavior. He, for example, suggested that the pineal gland, a disjointed structure in the midline in the brain of many organisms, was the point of contact between the mind and the body, he also developed a theory in which the pneumatics of the Body fluids could explain reflexes and other motor behaviors.

Other philosophers also helped to give birth to psychology, also relating its subject to biology. This view that psychological processes have biological (or physiological) correlations is the basic assumption of the entire field of biological psychology. One of the first textbooks in the new field, The Principles of Psychology by William James (1890), argues that the scientific study of psychology must be based on an understanding of biology.

For example, in one treatment, one group of mice may display a particular color, while the other treatment may not receive such stimulation before being measured (the dependent variable). Most commonly, these manipulations and measurements refer to non-human subjects.

Lesions are a classic method in which a brain region of interest is enabled, they can be positioned with relatively high precision thanks to a variety of brain “atlases” that provide a map of brain regions in three-dimensional stereotactic coordinates.

In this method, a chemical receptor antagonist induces neuronal activity by interfering with neurotransmission. Antagonists can be administered systemically (as by intravenous injection) or locally (intracerebrally) during a surgical procedure.

A new technique generally used with human subjects in which a magnetic coil applied to the scalp causes unsystematic electrical activity in nearby cortical neurons that can be experimentally analyzed as a functional injury.

A receptor activated solely by a synthetic ligand or a designer receptor activated exclusively by designer drugs, allows spatial and temporal control of G protein signaling. These systems use coupled receptors designed to respond exclusively to synthetic small molecule ligands, as clozapine N-oxide. These synthetic ligands upon activation may decrease neural function by activating G protein. This may with the attenuating neuronal activity of potassium.

A light activated inhibitory protein is expressed in the cells of interest. The activation of the neuronal inhibition of milliseconds to the stimulation is carried out by means of the appropriate frequency of light emitted through fiber optics or implanted LEDs in the case of vertebrates, or by external illumination for small sufficiently translucent invertebrates.

A classic method in which neuronal activity is enhanced by applying a small electrical current (too small to cause significant cell death).

A chemical receptor agonist facilitates neuronal activity by enhancing or replacing endogenous neurotransmitters. Agonists can be administered systemically (eg, by intravenous injection) or locally (intracerebrally) during a surgical procedure.

They can be used to modulate cell function by innervating brain regions such as Hippocampus. This innervation results in amplification of γ rhythms, which increases motor activity.

In some cases (for example, studies of the motor cortex), this technique can be analyzed as having a stimulating effect (rather than as a functional injury).

A light-activated excitatory protein is expressed in selected cells. Channelrhodopsin-2 (ChR2), a light-activated cation channel, was the first bacterial opsin shown to excite neurons in response to light, although several excitatory optogenetic tools have now been generated enhancing and imparting novel properties.

Optical methods for recording neuronal activity rely on methods that modify the optical properties of neurons in response to cellular events associated with action potentials or neurotransmitter release.

A method by which an electrode is inserted into the brain of a living animal to detect the electrical activity generated by neurons adjacent to the tip of the electrode. This is normally done with sedated animals but is sometimes done on awake animals participating in a behavioral event.

The use of a set of fine electrodes to record the simultaneous activity of up to hundreds of neurons.

Technique most frequently applied in human subjects, in which changes in cerebral blood flow can be detected on an MRI machine and taken to indicate relative activity of larger-scale brain regions (i.e., on the order of hundreds of thousands of neurons).

It shows the functioning of the human brain through the measurement of electromagnetic activity. Measurement of the magnetic fields created by electrical current flowing within neurons identifies brain activity associated with various human functions in real time, with millimeter spatial precision. Doctors can obtain data non-invasively to help them assess neurological disorders and plan surgical treatments.

The influence of a gene on some behaviors can be statistically inferred by studying inbred strains of some species, most often mice. Recent genome sequencing of many species, especially mice, has facilitated this technique.

Organisms, often mice, can be selectively bred among inbred strains to create a recombinant congenital strain. This could be done to isolate an experimentally interesting stretch of DNA derived from one strain in the background genome of another strain to allow stronger inferences about the role of that stretch of DNA.

The genome can also be manipulated experimentally; for example, mice can be engineered to lack a particular gene, or a gene can be expressed in a strain that normally does not (the “transgenic”). Advanced techniques can also allow the expression or deletion of a gene that is produced by injecting some regulatory chemical.

In general, behavioral neuroscientists study issues and problems similar to those of academic psychologists, albeit limited by the need to use non-human animals. As a result, most of the behavioral neuroscience literature deals with mental processes and behaviors that are shared across different animal models, such as:

However, with increasing technical sophistication and with the development of more precise non-invasive methods that can be applied to human subjects, behavioral neuroscientists within biological psychology are beginning to contribute to other classical areas of psychology, philosophy, and linguistics, such as:

It has had a strong history of contributing to the understanding of medical disorders, including those that fall within the realm of clinical psychology and biological psychopathology (also known as abnormal psychology ). Although there are no animal models for all mental illnesses, the field has provided important therapeutic data in a variety of conditions, including:

It is a degenerative disorder of the central nervous system that often affects the motor skills and speech of the patient. Read more information in Parkinson’s disease.

A rare inherited neurological disorder whose most obvious symptoms are abnormal body movements and lack of coordination. It also affects a number of mental abilities and some aspects of the personality . Read a little more about Huntington’s disease

A neurodegenerative disease that, in its most common form, is found in people over 65 years of age and is characterized by progressive cognitive decline, along with decreased activities of daily living and by neuropsychiatric symptoms or behavior changes. Read and get more information about Alzheimer’s

A common psychiatric disorder, characterized by a persistent lowering of mood, loss of interest in usual activities, and decreased ability to experience pleasure. Read and learn more about clinical depression

It is a psychiatric diagnosis that describes a mental illness characterized by deficiencies in the perception or expression of reality, which is manifested more frequently as auditory hallucinations, paranoid or strange delusions or disorganized language and thinking in the context of significant social or occupational dysfunction .

It is a disorder of brain development that affects social interaction and communication, and causes restricted and repetitive behavior, everything begins before the child is three years old. Read more about autism

It is a physiological state characterized by cognitive, somatic, emotional and behavioral components. These components combine to create feelings that are typically recognized as fear, apprehension, or worry. Read a little more about anxiety.

They are a substance that modifies the sensations, thoughts and emotions of those who exceed their consumption. Including alcoholism. To expand the topic read: Drugs

Limitations and advantages of biological psychology

The different manipulations have advantages and limitations. Neural tissue destroyed as a primary consequence of surgery, electrical shock, or neurotoxin can confound the results so that physical trauma masks changes in the fundamental neurophysiological processes of interest.

For example, when an electrolytic probe is used to create an intentional injury in a different region of the rat brain, the surrounding tissue may be affected: therefore, a change in behavior exhibited by the experimental group after surgery is to some extent a result of damage to the surrounding neural tissue, rather than an injury to a distinct brain region.

Most genetic manipulation techniques are also considered permanent. Temporary injuries can be achieved with advanced genetic manipulations, for example, certain genes can now be turned on and off with diet. Drug manipulations also allow temporary blocking of certain neurotransmitters as function returns to its previous state after the drug has been metabolized.