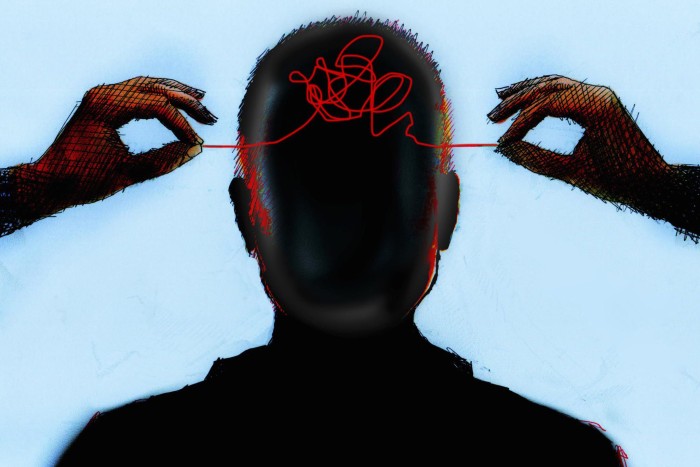 The Gestalt psychology seeks to understand the phenomena psychological seeing them as wholes organized and structured rather than the sum of its constituent parts, and dissociates in the elementísticos approaches, reductionist, decompositional of psychology as structuralism (with its tendency to analyze mental processes in elementary sensations) and emphasizes concepts such as emergent properties, holism and context.

It is a school of thought that believes that all objects and scenes can be observed in their simplest forms, sometimes it is also known as the “Law of Simplicity”, the theory proposes that the set of an object or scene is more important As its individual parts, observing the whole helps us to find order in chaos and unity between apparently unrelated parts and pieces of information.

Gestalt psychology proposes a unique perspective on human perception , according to Gestalt psychologists, we not only see the world, but we actively interpret what we see, depending on what we expect to see. A famous French author, Anaïs Nin, who was not a psychologist, framed this idea in an interesting way: “We do not see the world as it is, we see it as we are.”

It is a client-centered approach to psychotherapy that helps clients focus on the present and understand what is actually happening in their lives right now, rather than what they may perceive to be happening based on past experience. Rather than simply talking about past situations, clients are encouraged to experience them, perhaps through recreation. Through the gestalt process, clients learn to become more aware of how their own negative thought patterns and behaviors block true self-awareness and make them unhappy.

Originating from the work of Max Wertheimer, it was partially shaped as a response to Wilhelm Wundt’s structuralism . While Wundt was interested in dividing psychological issues into their smallest possible part, Gestalt psychologists were interested in looking at the totality of mind and behavior, the guiding principle behind the Gestalt movement was that the whole was greater than the sum. of its parts.

The development of this area of ​​psychology was influenced by various thinkers, including Immanuel Kant, Ernst Mach, and Johann Wolfgang von Goethe.

The development of this psychology was influenced in part by Wertheimer’s observations one day at a train station, he bought a toy stroboscope that displayed images in a rapid sequence to mimic the movement that appeared. He later proposed the concept of the Phi phenomenon in which sequential flashing lights can lead to what is known as apparent motion.

In other words, we perceive movement where there is none, films are an example of apparent movement, through a sequence of frames, the illusion of movement is created.

Max Wertheimer: Considered one of the three founders, Wertheimer is also known for his concept of the phi phenomenon, this phenomenon involves perceiving a series of still images in rapid succession to create the illusion of movement.

Kurt Koffka: Known as one of the three founders of Gestalt psychology, Kurt Koffka had diverse interests and studied many topics in psychology, including learning , perception, and hearing impairments.

Wolfgang Kohler: Also a key figure in the history of the Gestalt movement, Kohler also summed up the Gestalt theory by saying, “The whole is different from the sum of its parts.” He was also known for his research on problem solving, his critiques of the introspection used by structuralists to study the human mind, and his opposition to behaviorism.

One of the laws of perceptual organization is that of apparent motion, through which the whole is more important than the individual parts. When you watch an animated cartoon or any type of movie, you will perceive the movement when the individual frames are joined, you will not see the individual frames, you will see action and movement that tell a story. For example, in a cartoon, a character may run off the edge of a cliff and for a moment step on the air until he looks down, sees his situation, and then plummets to the floor of a canyon to become a flat coyote. , cat or bunny.

In reality, all this apparent movement is nothing more than a sequence of interlocking pictures and proof that the whole is greater than the sum of its parts. When looking at the cartoon, we perceive the movement, but we do not perceive the individual frames that create the illusion of movement.

Gestalt is a psychology term that means “unified whole”, it refers to the theories of visual perception developed by German psychologists in the 1920s, these theories try to describe how people tend to organize visual elements into groups or unify them when certain principles are applied. These laws are:

The law of proximity postulates that when we perceive a collection of objects, we will see nearby objects that form a group. For example, placing a particular shape without proximity, such as the Adidas logo, but still perceived as separate shapes.

Similarity or resemblance occurs when objects resemble each other, people often perceive them as a group or pattern. The law of similarity captures the idea that items will be grouped perceptually if they are similar. For example, placing two different shapes in vertical columns.

Closure occurs when an object is incomplete or a space is not completely closed, if enough of the form is indicated, people perceive the whole by completing the missing information.

Although the panda that can be observed is not complete, there is enough for the eye to complete the shape. When the viewer’s perception completes a shape, closure occurs.

The word pragnanz is a German term that means “good figure.” Pragnanz’s law is sometimes referred to as the law of good figure or the law of simplicity, this law holds that objects in the environment are viewed in a way that makes them appear as simple as possible. If you look at the image, you may notice it as a series of overlapping circles rather than a variety of connected, curved lines.

The law of continuity holds that points that are connected by straight lines or curves are viewed in a way that follows the smoothest path. Instead of seeing separate lines and angles, the lines look like they belong together.

It states that the elements of objects tend to cluster together and therefore are integrated into perceptual wholes if they are aligned within an object. In cases where there is an intersection between the objects, individuals tend to perceive the two objects as two single, uninterrupted entities. Stimuli remain distinct even with overlap, we are less likely to group elements with abrupt abrupt directional changes as a single object.