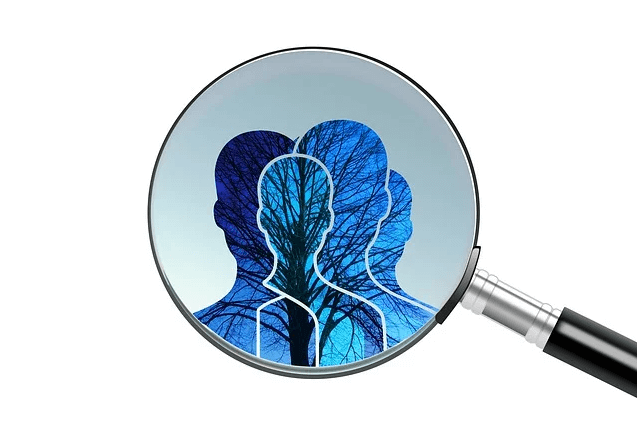 It is the ability to see, hear, or become aware of something through the senses; it is the way to interpret something. This interpretation is critical because it affects the way you think and, in turn, affects the way you act. Understanding the tremendous power of Perception is an excellent tool in your arsenal.

For example, let’s see our Perception of words; each letter of the alphabet is in itself a particular letter; when we perceive words, we consider them as a singular unit that is composed of smaller parts called letters; it is through this organization of letters in terms we can do something significant, that is, we perceive a whole word, and this word has a specific meaning that can be found in the dictionary.

Another example is that studying or learning is done much better if you perceive yourself as a teacher than as a student, this is what Perception is all about.

There are individual differences in perceptual skills; two people can perceive the same stimulus differently. The factors that affect people’s perceptions are:

Based on past experiences or any special training we receive, we learn to emphasize some sensory inputs and ignore others. For example, a person who has been trained in some occupation such as art or other skilled jobs may perform better than other untrained people; experience is the best teacher for such perceptual skills.

For example, blind people identify people by their voices or the sounds of their footsteps.

The set refers to the preparation or disposition to receive sensory information; such an expectation keeps the individual prepared with good attention and concentration. For example, when we wait for a train to arrive, we hear its horn or sound, even if there is a lot of noise disturbance.

Our motives and needs will influence our Perception. For example, a hungry person is motivated to recognize only food items among other items; their attention cannot turn to other things until their motive is satisfied.

It is said that people differ in the way they distinctively process information; each individual will have their way of understanding the situation. It is noted that flexible people will receive good care and be less affected by interfering influences. They will be less dominated by internal needs and motives than people on edge.

It is the ability to see, organize and interpret the environment itself; this is a critical process because it gives us the ability to learn new information; without visual Perception, we would not be able to make sense of the words on a page, recognize everyday objects, or have the hand-eye coordination required for many daily tasks. Read more about: Visual Perception.

It is the ability to perceive sound by detecting vibrations and changes in the pressure of the surrounding environment over time through an organ such as the ear: Read more information about Auditory Perception.

The sensation occurs when the taste buds on the tongue and throat transmit information about the chemical composition of a soluble stimulus; “The sweet left it with a bad taste”; “The melon tasted delicious.” Read more about: Taste perception

It is a process that begins in the nose with the stimulation of olfactory sensory neurons and ends in the higher brain centers that, when activated, make us aware of a smell. In humans, this awareness is usually confirmed by verbal reports, whereas some odor detection or discrimination task is used in animal studies.

In mammals, olfactory stimuli are received and processed by multiple systems (the main olfactory, vomeronasal, and septal organ systems). Activation (particularly by irritants) of the trigeminal, vagal, and glossopharyngeal receptors in the respiratory tract can contribute to perceptual experience. However, most research has focused on the powerful olfactory system, which also appears to be the only functional olfactory system in humans. Read more about Olfactory Perception.

The process through which humans and other animals orient themselves or the physical movements of others. Most animals, including humans, move in search of food that is often on the move; they move to avoid predators and to mate; animals must perceive their movements to balance and move effectively; Without such perceptual functions, the chances of survival would be drastically reduced. Read more information about the Perception of motion.

It occurs independently of known sensory processes, generally, telepathy or thought transfer between people, prophecy, supernormal knowledge of objects or events not necessarily known by others, and precognition or ability of the future.

Scientific investigation of these and other similar phenomena dates back to the late 19th century, and most of the evidence comes from experiments involving card divination. Subjects attempt to correctly guess the symbols on the cards hidden from view under controlled conditions, considered a percentage better than the probability of correct calls in a statistically significant number of trials. Although many scientists continue to doubt the existence, people who claim this ability are sometimes used by research teams searching for missing people or things. Read more information about: Extrasensory Perception.

Perception is the process of analyzing and understanding a stimulus, but it may not always be possible to perceive motivations as they are; knowingly or unknowingly, we confuse the inspiration and misperceive it.

It may be due to a defect in our sensory organs or a malfunctioning brain. The prejudices in the individual, the time of Perception, the unfavorable background, the lack of clarity of the stimulus, the confusion, the conflict in mind, and other factors are often responsible for the errors in the Perception.

There are two types of errors:

Most of our illusions are visual and auditory, but fantasies belonging to other senses are also possible.

Sometimes we find cases where the individual perceives some stimulus, even when it is not present; this phenomenon is known as hallucination. The person can see an object, a person, etc., or hear a voice even though there are no actual objects or sounds.

In addition to these errors, there are some abnormalities in sensory perceptions called anesthesia (no sensation), hyperesthesia (excessive sensitivity), and paresthesia (distorted or erroneously localized sensation). In these cases, the tactile sensation (of the skin) is misperceived.

These five stages of how we perceive people and the processes influence our perceptions. In Gestalt theory, he believed that this complex was essential in Perception, and as we perceive events, the brain actively selects, organizes and integrates sensory information to build an event. Perception creates faces, melodies, and illusions from the raw material of sensation.

The sensory stimulation this part of the perception process involves contact with a particular stimulus; the world is full of incentives that can attract our attention through various senses. Therefore, we can systematically describe images, sounds, smells, and tastes that populate our conscious experience.

Stimulation includes selective attention and selective exposure; particular attention occurs by anticipating satisfaction needs and being pleasant, for example, friends talking to you, but you were daydreaming, you will not hear what they say until they call out your name, selective exposure It occurs by exposing information that will confirm existing beliefs, contribute to goals, and have a state of satisfaction.

Since we cannot perceive everything that happens around us simultaneously, we tend to participate in selective Perception; perceiving only positive things. For example, after buying a laptop, one tends to read more online or ask people if the product is good because we want to tell ourselves that we made the right decision and avoid negative comments.

Identifying and recognizing objects and events is crucial for normal Perception; without that ability, people cannot use their senses effectively. The Perception that is organized by rules, schemes, and scripts, the one organized by authorities, is where they perceive that things that are physically very close constitute a unit; people develop plans from real experiences, as well as vicarious experiences of daily activities or From television, reading, or gossip, some familiarity represented in mind will be some schema.

However, it can cause errors of Perception since it influences one’s own perceiving things that do not exist or losing something in presence; a script is a form of a scheme that focuses on the action, event, or procedure; it is a process of how we behave and how we organize it with our effort organized by a pattern.

This stage of interpretation-evaluation is about two processes of stimulation by individual experiences, needs, desires, values, expectations, physical and emotional state, gender, and beliefs, based on the individual’s rules, schemes, and scripts. For example, meeting a new person who is a doctor, one tends to see this person as someone serious, successful, health-conscious, and academically strong; in other words, evaluating individuals according to one’s script in the way that the individual behaves and performs the action appropriately or inappropriately.

After going through the stages of stimulation, organization, and interpretation-evaluation, this brings us to another location called memory, which is a storage of both Perception and interpretation-evaluation that are saved according to the scripts and schemes, events or experiences is not the objective of the collection but is more likely to be strongly influenced by preconceptions and individual schemas.

Perception is critical to understanding human behavior because everyone perceives the world and approaches life problems differently: everything we see or feel is not necessarily what it is.

We hear not what is said but what we perceive as being said. When we buy something, it is not because it is the best, but because we believe it is the best; therefore, it is due to Perception; we can find out why one individual finds a satisfying job while another may not be satisfied with it.

If people behave based on their Perception, we can predict their behavior in changing circumstances by understanding their current Perception of the environment; a person may be viewing the facts in a way that may be different from the facts, such as another viewer sees them.

With the help of Perception, the needs of various people can be determined because it is influenced by their needs, just like mirrors in an amusement park distort the world about their stresses.

Perception is essential for the manager who wants to avoid making mistakes when dealing with people and events in the work environment; this problem is further complicated because different people perceive the same situation differently. To deal with subordinates effectively, managers must understand their perceptions properly.