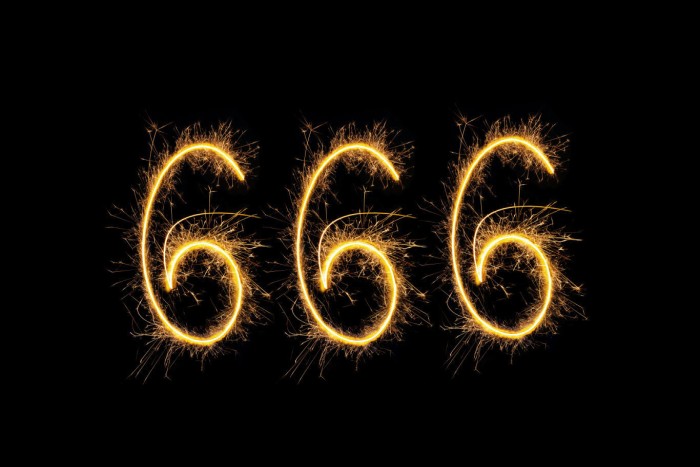 As its name suggests, hexakosioïhexekontahexaphobia belongs to the family of phobias . More precisely, it corresponds to a panic and irrational fear of the number 666, also known as the “number of the beast.”

This fear can lead the hexakosioïhexekontahexaphobe to refuse, for example, to live at number 666 on a street or ask you to change your phone number if your mobile starts with “06 66″….

In short, you will do everything possible to avoid being confronted with the number 666. Furthermore, hexakosioïhexekontahexaphobia is accompanied by a more general fear of evil forces and everything supernatural.

You may also be interested in: Fear Of Motorcycles: Definition, Causes, Treatment

Symptoms of fear of angel number 666

Symptoms of hexakosiohexekontahexaphobia can appear at the sight of the number 666 or at its mere mention. They can also be triggered by other factors (horror movies on television, invitation to attend a spiritualist session). They are more or less intense depending on the level of anxiety and can include sweating, paleness, dizziness .

As with most phobias, the exact cause of hexakosiohexekontahexaphobia can vary from person to person and is not always easy to determine. However, it can be noted that religious education may be one of the triggers: originally, the association of the number 666 with the forces of evil comes from a passage in the Bible, in the Apocalypse according to Saint John.

This “number of the beast” was widely used in literature and horror movies, which may also explain, at least in part, the fear and discomfort associated with this number.

When the fear of angel number 666 becomes disabling in daily life, it is better to treat it as soon as possible. Treatment is usually based on psychotherapy , usually cognitive and behavioral therapy (CBT), which helps to overcome the phobia by gradually confronting the patient with his fear. In some cases, medications (antidepressants, anxiolytics) may also be prescribed.