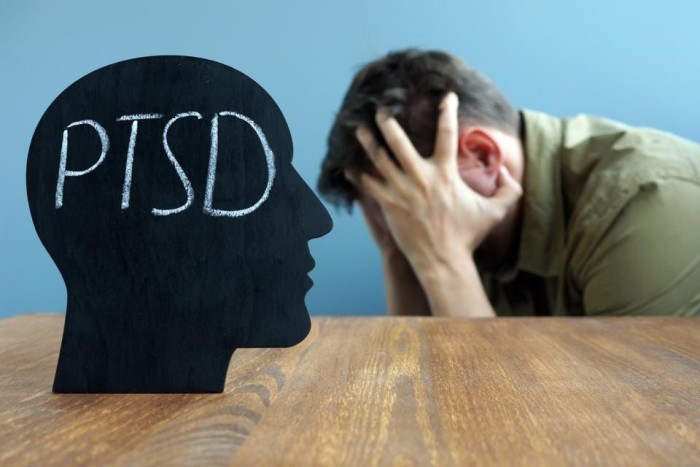 The disorder stress posttraumatic is a serious condition that can develop after a person has experienced or witnessed a traumatic or terrifying event in which serious physical harm occurred or was threatened. It is a long-lasting consequence of traumatic ordeals that cause intense fear, helplessness, or horror, such as sexual or physical abuse , the unexpected death of a loved one, an accident, war, or natural disaster.

Most people who experience trauma will have reactions that can include shock, anger, nervousness, fear, and even guilt. These reactions are common, and for most they disappear over time. For a person with PTSD, these feelings continue and even increase, becoming so strong that they prevent them from leading a normal life, they have symptoms for more than a month, and they cannot function as well as before the event occurred.

Another definition is that it is an anxiety disorder caused by very stressful, scary or distressing events, someone with this problem often relives the traumatic event through nightmares and flashbacks.

Symptoms usually begin early, within 3 months of the traumatic incident, but sometimes begin years later, must last for more than a month, and be severe enough to interfere with relationships or work to be considered post-traumatic stress disorder . The course of the disease varies, some people recover within 6 months, while others have symptoms that last much longer, which can cause the condition to become chronic.

Re-experiencing symptoms can cause problems in a person’s daily routine as they can start from the person’s own thoughts and feelings. Words, objects, or situations that are reminders of the event can also trigger new symptoms.

Things that remind a person of the traumatic event can trigger avoidance symptoms, these can cause a person to change their personal routine. For example, after a car accident, a person who usually drives may avoid driving or riding in a car.

They are usually constant, they can make the person feel stressed and angry, having difficulty doing daily tasks, such as sleeping, eating or concentrating.

Cognition and mood symptoms may begin or worsen after trauma, but are not due to injury or substance use, these can make the person feel alienated or separated from friends or family.

The type of events that can cause it include:

It can develop immediately after someone experiences a disturbing event or it can occur weeks, months, or even years later. It is estimated to affect about 1 in 3 people who have a traumatic experience, but it is not clear exactly why some people develop the condition and others not.

How is PTSD diagnosed?

It is not diagnosed until at least a month has passed from the time a traumatic event occurred, if there are symptoms, the doctor will begin an evaluation using a complete medical history and physical examination, although there are no laboratory tests to specifically diagnose it. , the doctor may use various tests to rule out a physical illness as the cause of the symptoms.

If no physical illness is found, you may be referred to a psychiatrist, psychologist, or other mental health professional who is specially trained to diagnose and treat mental illness. Psychiatrists and psychologists use specially designed interview and assessment tools to evaluate a person for the presence of PTSD or other psychiatric conditions. The doctor bases his diagnosis on the symptoms reported, including any problems with functioning caused by the symptoms, then determines if the symptoms and the degree of dysfunction indicate that it is this disorder.

The main treatments are medications, psychotherapy, or both, we are all different, and PTSD affects people differently, so a treatment that works for one person may not work for another. It is important for anyone to be treated by an experienced mental health provider.

If someone is going through ongoing trauma, such as being in an abusive relationship, both issues need to be addressed. Other current problems can include panic disorder, depression , substance abuse, and suicidal feelings.

Doctors and patients can work together to find the best combination of medications as well as the correct dosage.

It involves talking to a mental health professional to treat a mental illness, it can occur individually or in a group. Talk therapy treatment usually lasts 6 to 12 weeks, but can last longer. Research shows that support from family and friends can be an important part of recovery.

Many types of psychotherapy can help people, some types focus directly on symptoms, other therapies focus on social, family, or work-related problems. The doctor or therapist can combine different therapies depending on the needs of each person.

The psychotherapies effective tend to emphasize some key components, including education about symptoms, teaching skills to help identify triggers and skills to handle them . One helpful form of therapy is called cognitive behavioral therapy, which can include:

There are other types of treatment that can help as well. Treatment should equip people with the skills to manage their symptoms and help them participate in the activities they enjoyed before developing PTSD.