Skip to content
PsychoTreat > Disorders > What is a Paraphilia? – Types, Causes, Symptoms And Treatments 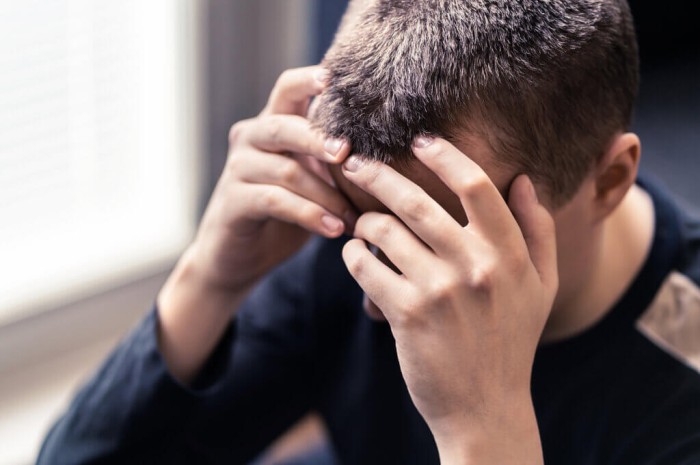 A paraphilia is a condition in which a person’s sexual arousal and gratification depend on fantasizing and engaging in sexual behavior that is atypical and extreme, it can revolve around a particular object (children, animals, underwear) or around of a particular act (inflicting pain, exposing oneself). Most paraphilias are more prevalent in men.

They are distinguished by a preoccupation with the object or behavior to the point of being dependent on that object or behavior for sexual gratification and include sexual behaviors that society may find unpleasant, unusual, or abnormal.

Because paraphilia is defined so broadly, there can be countless numbers of them and many of them are not harmful at all.

People with this form of behavior have sexual desires related to non-living objects, such as underwear, shoes, or other things that belong to the victims. This fetish (abnormal attraction) can be integrated into sexual activities with willing partners. Real sex is often avoided when the fetish becomes the sole object of sexual desire. Read more about: Fetishism.

In this condition, the focus of the sexual impulses of the patients is associated with touching the body of involuntary partners or rubbing the genitals against the body of people who do not accept it. In most cases of the disease, men rub their genitals against women’s bodies, usually in crowded public spaces such as buses, trains or stations, this is a criminal activity since physical contact with a willing or unsuspecting with sexual intent is illegal in nature. Read more about: Froteurismo.

Involves wishes, behaviors, or fantasies that involve illegal sexual activity with a child or a person who has not yet entered puberty, usually age 13 or younger. Abnormal behaviors that pedophiles display include:

Doctors and professionals who care for abused minors are legally required to report such cases. If sexual activities constitute rape, they would be recognized as serious crimes and punishable by imprisonment. Read more about: Pedophilia.

Such people have sexual fantasies of being beaten, humiliated, or forced to suffer in order to achieve sexual arousal and climax. The acts or fantasies may be limited to verbal or physical abuse, including being tied up, beaten, or hurt in some other way. Masochists may seek out other partners to hurt themselves, such as hitting or cutting them, or injuring their own body for sexual arousal, they may pierce, cut, or burn their own skin. Masochistic activities with a partner may include spanking, bondage, and simulated rape.

Autoerotic partial asphyxia is a potentially dangerous, and sometimes fatal activity that is associated with this type of Paraphilia. A person suffering from this form of the condition uses ties, plastic bags or ropes to interrupt their breathing and induce a state of suffocation to reach a state of orgasm, this activity sometimes results in accidental death, although it is carried out mainly to improve orgasm. More information on: Masochism.

Sexual sadists have constant fantasies in which inflicting physical or psychological suffering on a partner gives them sexual arousal, the condition is different from the minor acts of aggression that are common during sexual activity, such as rough sex. In certain cases, these people can find sexual partners who are willing to participate in sadistic activities.

Most extreme cases of this disorder include criminal activities such as torture, rape, or even murder. In murder cases, the death of the victims can lead to sexual arousal, it is noteworthy that although rape can express sexual sadism, causing suffering to victims is rarely the goal of most rapists. Sadistic actions such as rape are a combination of sex and forceful domination of the victims, sadists require intensive psychiatric treatment and can be imprisoned for such activities.

Also known as transvestite fetishism, it is characterized by men dressing in feminine clothes to become sexually aroused. Arousal generally does not involve a real sexual partner, but does involve the fantasy of a real partner, some men suffering from this condition wear only a specific piece of female cloth, such as a woman’s underwear, while others dress completely as a woman that includes feminine makeup and hairstyle. Generally, cross-dressing is not a problem, however, it can indicate a psychological problem if an individual finds it necessary to experience sexual climax or become sexually aroused.

What are the causes and risk factors for paraphilia?

There are a number of psychological theories about how paraphilias develop, some see these disorders as a manifestation of arrested psychosexual development , with paraphilic behaviors that defend the person’s psyche against anxiety (defense mechanisms). Others believe that they are the result of the victim associating something with sexual arousal or having unusual early life sexual experiences reinforced by having an orgasm, some see these disorders as another form of obsessive compulsive disorder .

Psychologically, pedophiles who act on their sexually offensive impulses tend to adopt grossly distorted thinking , as they use their position of power and see offense as an appropriate way to satisfy their needs, they think of children as sexual beings equal to adults , and consider their sexual needs as uncontrollable.

Another theory about the risk factors for paraphilia is that they are linked to stages of childhood psychological development such as temperament, early relationship formation, repetition of trauma and altered development of sexuality, as follows:

Family risk factors for the development of paraphilia include high parental conflict or poor parental supervision, lack of affection from the mother, and generally not feeling well treated.

Depending on the exact disorder present, there may be various physical and psychological indicators of a problem, some will appear as physical symptoms, including possible bruises or other marks left by someone in sexual masochism to a secret stash of feminine clothing for someone suffering from cross-dressing fetishism. .

Other indicators of this disorder can appear as emotional problems or problems with the law about sexual activities. Before symptoms get out of control and the problem worsens, getting proper treatment is recommended. If left untreated, paraphilia can have serious consequences, including time in prison.

Although not all people with a paraphilia experience mental health symptoms, some do. Associated mental health problems can include depression, anxiety , feelings of guilt and shame, and problems in social relationships.

Those experiencing mental health problems or distress due to paraphilia may find therapy helpful. Treatment generally involves helping a person deal with feelings of guilt and shame and modifying their behavior, if they wish. Medication and hormone therapy can also be used in some cases to lessen the compulsions associated with paraphilia.

Some people may fear stigma or legal repercussions, even if they do not intend to act on their paraphilia and avoid seeking help, but a compassionate mental health professional can provide help in addressing distressing sexual desires and helping a person. seeking help with developing plans to keep you from acting on them.

How do professionals diagnose paraphilia?

Will likely direct or refer the person with paraphilia for an extensive medical interview and physical examination as part of establishing the diagnosis, to ensure that the paraphilic person does not have a medical condition that may complicate the evaluation or treatment of their mental health condition , routine laboratory tests are performed during the initial evaluation.

As part of this exam, the patient may be asked a series of questions from a standardized questionnaire or self-test to help assess the presence of paraphilic symptoms. A thorough examination of any history or presence of all mental health symptoms will be done so that paraphilia can be distinguished from other types of mental disorders. People with pedophilia can also suffer from a personality disorder or a mood disorder , and about 60% have an additional paraphilia, such as exhibitionism, voyeurism or sadism.

To qualify the diagnosis of a paraphilia, the individual has to experience a recurrent and significant sexual arousal for the object of his attraction, act on that attraction in impulses, fantasies or actions; and experiencing symptoms for at least six months to the point where the individual experiences significant levels of distress or interference with their work, social function, or other important aspects of life.

What is the treatment for paraphilia?

Treatment approaches have included traditional techniques of psychoanalysis , hypnotherapy,  and behavioral therapy and recently, a class of medications called antiandrogens that dramatically reduce testosterone levels have temporarily been used in conjunction with these forms of treatment, reduce sexual desire in men, and reduces the frequency of mental images of sexually exciting scenes. This allows concentration on counseling without such a strong distraction from paraphilic impulses.

Paraphilias must be treated immediately to reverse the abnormal behaviors associated with it, which to some extent can cause the person to get in trouble with the law. The purpose of treatment is to help control and eliminate abnormal sexual thoughts and behavior, but it should be noted that it is a chronic condition and usually persists, especially in a stressful situation.

Treatment options for paraphilia will basically depend on the type, but there are general approaches that consist of the following:

This form of treatment approach will help paraffiliates to recognize the relationship between their actions and thoughts and will help them learn to replace distorted thoughts with realistic thoughts. The paraphilic will learn to control the inappropriate thoughts that precede his sexual arousal through cognitive behavioral therapy.

This approach helps a paraphilic to identify the underlying motives for his sexual attractions to inappropriate people, objects, and activities.

Group therapy can benefit a paraffiliate through discussions of sexual addiction and help them undergo a self-help process through the 12-step model used by Alcoholics Anonymous.

This form of paraphilia treatment focuses on changing the negative behavior associated with the condition. Learning techniques are taught to help paraffiliates stop and control their abnormal sexual relationships.

Aversion therapies include pairing the arousal of deviant fantasy with mild electric shocks or unpleasant odors. If you have ever experienced food poisoning, you will fully understand this treatment intervention, just imagine a meal that has made you sick.