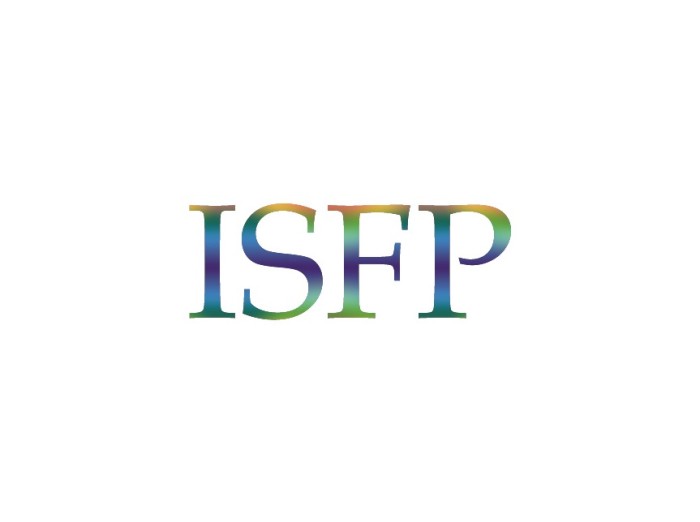 The ESFP personality lives in the world of possibilities, they love people and new experiences, they are lively and fun, and they enjoy being the center of attention, they live in the here and now and savor the excitement and drama in their lives. .

ESFPs have very strong interpersonal skills, and can find themselves in the role of peacemaker frequently. Since they make decisions using their personal values, they are generally very understanding and care about the well-being of other people, they are usually quite generous and warm. They are very observant about other people, and they seem to sense what is wrong with someone before others, responding warmly with a solution to a practical need. They may not be the best counselors in the world because they dislike theory and future planning, but they are excellent at providing practical care.

What is the ESFP personality?

ESFP is definitely a spontaneous and optimistic individual, they love to have fun. If the ESFP has not developed their side of thinking by considering rational thought processing, they tend to become overly lenient, placing immediate sensation and gratification more important than their duties and obligations, they may also avoid looking at the long-term consequences. term of your actions.

They are lively entertainers who enchant and attract those around them, they are spontaneous, energetic and fun-loving, and they enjoy the things around them: food, clothing, nature, animals and especially people. ESFPs are typically warm and talkative and have a contagious zest for life, they like to be in the middle of the action and in the spotlight. They have a playful and open sense of humor, and they like to attract other people and help them have a good time.

For the ESFP, the whole world is a stage, they love to be the center of attention and perform for people. They are constantly putting on a show for others to entertain and make them happy, they enjoy stimulating other people’s senses, and they are extremely good at it, they would not like life to be one continuous party, in which they play the role of the host. Fun lover.

They adore people and everyone loves an ESFP, one of their best gifts is their general acceptance of everyone. They are optimistic and enthusiastic, and genuinely like almost everyone, he is unfailingly warm and generous to his friends, and they generally treat everyone as friends. However, once crossed over, an ESFP is likely to make a very strong and stubborn judgment against the person who crossed them, they are capable of deep dislike in such a situation.

The dominant function of ESFPs refers to reality that is perceived through the senses. The main directive of this type is to examine the tangible through taste, touch, sight, feelings and hearing, the need for new experiences surely results from this function. The sentiment gives focus to the information gathered, producing the kind nature of this type. As perceivers, ESFPs do not remain in moral concerns unless they are in the service of a Great Good and / or a unifying cause.

It is about the perception of information through the five senses (that is, sight, smell, touch, sound and taste), it is sensual, instinctive and appetitive. It is more liberal and novelty-oriented with regard to sensations and the material world. Guys love novelty sensations, physical thrills , and material comforts, they are “sensation seekers,” relishing novel experiences and the thrill of action. Many enjoy cooking and experimenting with new recipes.

It is attuned to the concrete details and the data of the senses. ESFPs naturally scan the environment for interesting sensory novelties, and observe details that other types might miss, this is why they often have strong visual recall, or what is sometimes called a ‘photographic memory. ».

The feeling, which tends to make decisions in the interest of individual beings, is auxiliary to detection, as with all introverted functions, the feeling for ESFP has a surreal, cryptic nature and par excellence, more often it is implicit than verbally expressed, more apparent in face and work than in words or creeds. Feel that playful punches and jokes do not hurt the victim.

Compared to the extraverted feeling, this is more individualistic and idiosyncratic, because judgments are largely formed independently, they can be a bit cautious with expressions. ESFP emotions are often repackaged and expressed through their tertiary thinking, they can seem like irrational measures, they can even be mistaken for types of thinking.

Extraverted thinking involves the outward expression of rational judgments, contributes to ESFPs’ ability to communicate in a measured and articulate manner, is particularly active when offering advice, sometimes making it appear prudent or condescending.

ESFPs are not always comfortable expressing their judgments, especially early in their development, this can lead them, along with other types of Perception, to simply adapt rather than assert themselves and as Perceivers are generally uncomfortable with direct conflict, to They often confuse relational harmony with relational health, forgoing open communication in favor of preserving outer peace. Therefore, although ESFPs are generally more self-assertive than IPs, those who do not express themselves may find themselves in relational problems due to inadequate communication.

It can also inspire ESFPs to “be responsible,” follow the rules, or “do things by the book,” and since responsibility is culturally supported as a positive virtue, they may not realize that being obsessed with it is pretty unhealthy.

This tertiary function is ready to give definitive answers when the world requires it, it provides a measure of balance to the introverted feeling, allowing the ESFP a certain level of limit and protection from those who would take advantage, however, when used excessively. or is overestimated, thinking becomes a responsibility. ESFPs do well to seek confirmation of the robustness of tough decisions.

This function is less visible, as is the nature of the lower function, the ESFP intuition lacks a sense of balance. This type seems most successful at deducing patterns and seeing connections only after a thorough examination of the facts (a process that seems quite disorganized and random to non-SPs). Although some ESFPs can develop such skills, mastering logic, analysis, and abstraction is often difficult and exhausting, and not much fun.

As with other types, ESFPs can easily become blinded to the extent that their inferior function affects their decisions and behavior, without sufficient awareness and integration of their inferiors, ESFPs will continue to feel incomplete and prone to reckless decision making in their lifestyle, careers and relationships. ESFPs seeking self-awareness and personal growth must work to understand the ways in which their lower function, Introverted Intuition, manifests itself in their personality.

ESFPs are not known for holding back, wanting to experience everything there is to experience, people with the ESFP personality type don’t mind stepping out of their comfort zones when no one else is willing.

Traditions and expectations are secondary to ESFPs, if they are taken into account. ESFP personalities love to experiment with new styles, constantly finding new ways to stand out from the crowd.

ESFPs also inject artistic creativity into their words and actions.

For ESFPs, the world must be felt and experienced, truth is stranger than fiction, and ESFPs prefer to see and do than to get philosophical about ‘what if…’.

With all this focus on the here and now, on doing and acting, it makes sense for ESFPs to be natural when it comes to noticing real, tangible things and changes.

ESFPs love paying attention to people. They are talkative, witty, and rarely run out of things to discuss. For people with this personality type, happiness and satisfaction come from the time they spend with the people they enjoy being with.

ESFPs (especially turbulent ones) are very emotional and very vulnerable to criticism, they can feel cornered, sometimes reacting badly. This is probably ESFP’s biggest weakness, because it makes it so difficult to address any other deficiencies that come to light.

ESFPs sometimes ignore and avoid conflict altogether, tend to say and do what it takes to get out of such situations, then move on to something more fun.

Without constant enthusiasm, ESFPs find a way to create it themselves. Risky behavior, complacency, and the pleasures of the moment over long-term plans are all things ESFPs get into too often.

In fact, ESFP personalities rarely make detailed plans for the future, for them, things come as they come, and they rarely bother to take the time to map out the steps and consequences, in the belief that they could change at any time. moment, even with things that can be planned.

Anything that requires dedication and long-term focus is a particular challenge for ESFPs. In academics, dense and unchanging subjects like Classical Literature are much more difficult than more dynamic and relatable subjects like psychology. The trick for ESFPs is to find everyday joy in larger goals, and stick with the tedious things that have to be done.

Phase I (adolescents up to 20 years)

This phase of development is characterized by the appearance of extraverted detection as a dominant function of the ESFP personality. In Phase I they are fun and free spirited, they like to be active and drink in all the experiences life has to offer. Since their main concern is absorbing and experiencing the world, Phase I ESFPs tend not to take themselves and life itself too seriously.

While the bottom function isn’t completely inactive or inert in Phase I, the epic tug of war between the dominant and the bottom doesn’t come to the fore until Phase II. Once the dominant sensation of ESFP reaches a certain threshold of strength and dominance, its lower function, Introverted Intuition, begins to assert itself and play a more significant role, this can be somewhat confusing as it is not next on the list. function of ESFP, but can be understood as derived from his bipolar relationship with his dominant sensation. Phase II EPHFs also show increasing use and development of their auxiliary function, introverted feeling, and may even begin to take advantage of their tertiary function, extraverted thinking.

Phase III (From 30 years and over)

If all goes well and they are lucky enough to enter Phase III, ESFPs become increasingly aware of the insidious forms of their lower intuition. As they become more aware of their inferiority and learn to function healthier as ESFPs, they experience greater balance, as well as a long-awaited sense of peace and wholeness.