Skip to content
PsychoTreat > Psychology > Social Psychology: What It Is, History, Phenomena, Methods And Ethics. 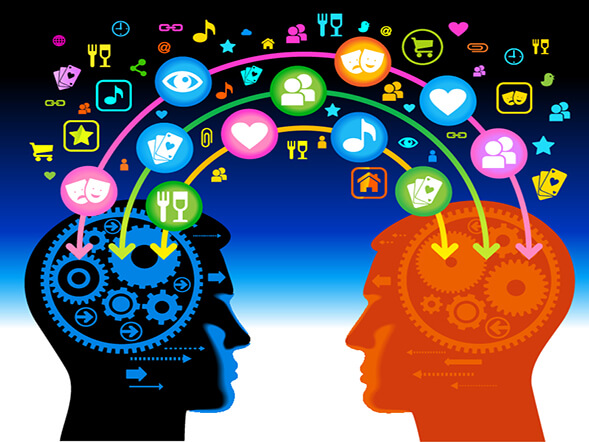 Social psychology studies scientifically how the actual presence influences individuals’ thoughts, feelings, and behaviors, implied or imagined by others. In this definition, scientific refers to the empirical method of research.

The terms like thoughts, behaviors, and feelings include all psychological variables that can be measured in a human being. The claim that the presence of others can be imagined or implicit suggests that we are prone to social influence, even when no other people are present, such as when watching television or following internalized cultural norms. Social psychologists typically explain human behavior due to the interaction of mental states and immediate social situations.

Therefore, social psychologists deal with the factors that lead us to behave in a certain way in the presence of others, and we observe the conditions under which specific behaviors and feelings occur. Social psychology is concerned with the way these feelings, thoughts, beliefs, intentions, and goals are constructed and how those psychological factors, in turn, influence our interactions with others. 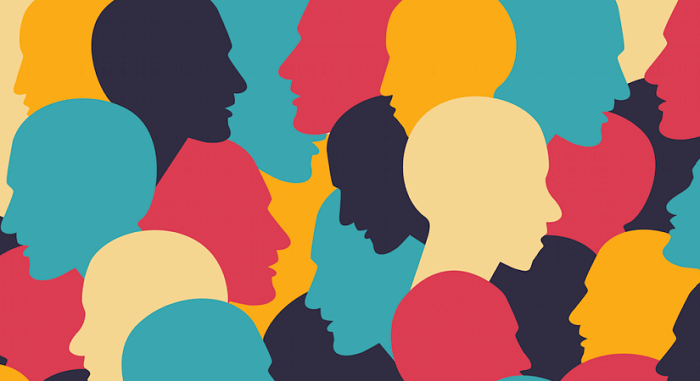 Although there were some older treatises on social psychology, such as those of the Islamic philosopher Al-Farabi (Alpharabius), the discipline of social psychology, as its modern definition, began in the United States at the beginning of the 20th century. However, the sentence had already developed a significant foundation. After the 18th century, those in the emerging field of social psychology were concerned with developing concrete explanations for different aspects of human nature.

They wanted to discover concrete cause-and-effect relationships that would explain social interactions in the world around them. They believed that the scientific method, an empirically-based scientific measure, could be applied to human behavior.

The first published study in this area was an experiment conducted in 1898 by Norman Triplett on the phenomenon of social facilitation. During the 1930s, many Gestalt psychologists, most notably Kurt Lewin, fled to the United States from Nazi Germany. They were instrumental in developing the field as separate from the dominant behavioral and psychoanalytic schools during that time, and social psychology has always maintained its interests in cognition and perception. Small group attitudes and phenomena were the most studied topics at this time.

During World War II, social psychologists studied persuasion and propaganda for the US military. After the war, researchers became interested in various social issues, including gender issues and racial prejudice. Stanley Milgram’s experiments on obedience to authority were most notable, revealing, and controversial.

In the 1970s, there was a growing interest in new topics, such as cognitive dissonance, bystander intervention, and aggression, yet social psychology in America had reached a crisis. There was a heated debate about the ethics of laboratory experimentation, whether attitudes predicted behavior, and how much science could be done in a cultural context. This was also when a radical situationist approach challenged the relevance of the self and the personality in psychology.

Throughout the 1980s and 1990s, social psychology reached a more mature level; two of the areas in which social psychology matured were theories and methods, careful ethical standards now regulate research. Pluralistic and multicultural perspectives have emerged.

Modern researchers are interested in many phenomena, but attribution, social cognition, and self-concept are perhaps the fastest growing areas in recent years. Social psychologists have also maintained their applied interests with contributions to the social psychology of health, education, law, and the workplace.

Social psychology, in general, is an empirical science that tries to answer questions about human behavior through hypotheses, both in the laboratory and in the field. It is essential to pay attention to sampling, research design, and statistical analysis.

They imply that the researcher alters a variable in the environment and measures the effect on another variable. An example would be allowing two groups of children to play violent or non-violent video games and then observing their subsequent level of aggression during the free play period.

They examine the statistical association between two biological variables. For example, one could relate the number of violent television children watch at home to the number of violent incidents children participate in at school. Note that this study would not prove that violent TV causes aggression in children. Aggressive children may choose to watch more violent television.

They are purely descriptive and include naturalistic observation, “artificial” observation, participant observation, and archival analysis. These are less common in social psychology but are sometimes used when first investigating a phenomenon. An example would be discreetly observing children on a playground (with a video camera, perhaps) and recording the number of aggressive actions shown.

Experiments are helpful in social psychology because they have high internal validity, which means that they are free from the influence of confusing or bizarre variables, making them more likely to indicate a causal relationship accurately. However, the small samples used in controlled experiments are typically low in external validity or the degree to which the results can be generalized to the larger population. There is a trade-off between experimental control (internal validity) and generalizability to the people (external validity). 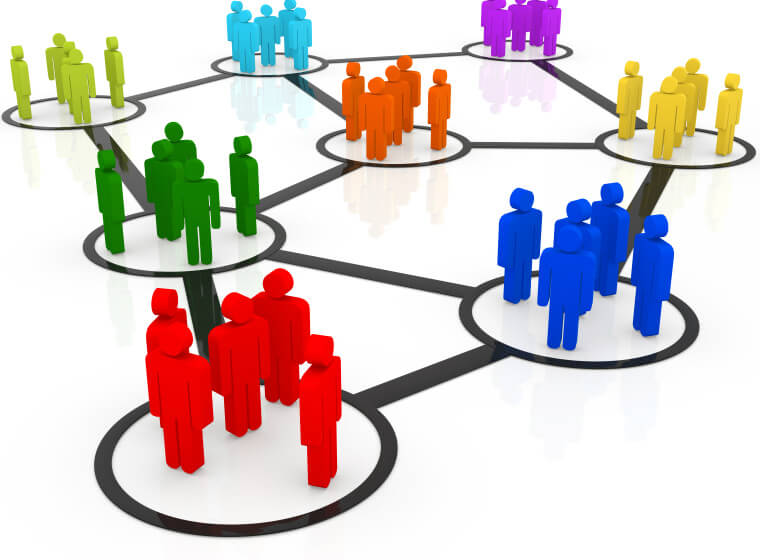 The ways of viewing organizations that work have changed considerably since 1900. Classical organization theory was criticized for its emphasis on social hierarchy, economic motivation, the division of labor, and rigid and impersonal social relationships. Subsequent researchers emphasized the importance of loosely organized groups, leadership skills, and job satisfaction based on less tangible rewards than salary alone. There has been a somewhat awkward balance in the industrial social psychologist’s concern with production and respect for people.

It is clear that there are individual differences in social behavior; therefore, people have traditionally distinguished themselves in terms of personality traits such as extroversion or dominance.

Some personality tests predict how an individual will behave in laboratory discussion groups, but generally, the predictive efficacy is minimal. Suppose an individual is considered the leader of a group, for example. In that case, it depends very little on what such personality tests measure and more on his abilities in handling the group task compared to the skills of others.

The same person can be a leader in some groups and a follower in others. Similar considerations apply to other aspects of social behavior, such as conformity, persuasiveness, and dependency. Although people generally perceive others as consistent in exhibiting personality traits, the evidence indicates that each individual can behave very differently, depending on social circumstances.  Read and get more information about personality.

The process in which the personality is constructed due to social influences is called socialization. Early research methods employed case studies of individuals and individual societies (e.g., primitive tribes). Subsequent research has made statistical comparisons of numbers of people or different organizations; differences in parenting methods from one culture to another, for example, have been linked to the subsequent behavior of babies when they become adults.

Such statistical approaches are limited, as they fail to discern whether the child’s personality and parenting methods used by parents are the results of inherited factors or whether parents are affected by their children’s behavior.

Some social psychologists have viewed concepts such as self-esteem, self-image, and ego involvement as helpful, while others have viewed them as superfluous. There is a considerable body of research on topics such as shame and behavior in front of audiences, in which self-image and self-esteem have been assessed using various self-assessment methods.

The origin of self-consciousness has been studied about the reactions of others and the child’s comparisons of himself with other children. Special attention has been paid to the so-called identity crisis observed in various stages of life (for example, in adolescence) when the person struggles to discern the social role that best fits their self-concept.

Research on the origins, dynamics, and changes of attitudes and beliefs has been carried out through laboratory experiments (studying relatively minor effects), social surveys and other statistical field studies, psychometric studies, and, sometimes, field experiments.

The origins of these socially essential predispositions have been sought to study parental attitudes, group norms, social influence and propaganda, and various aspects of the personality. The effect of character has been reviewed by correlating measured attitudes with individual personality traits. Through clinical studies of cognitive and motivational processes, the so-called authoritarian behavior, for example, has been deeply ingrained in the individual’s personality.

Social influence is a general term given to describe people’s persuasive effects on each other. It is a fundamental value within this psychology. It overlaps with the investigation of both attitudes and persuasion.

The three main areas of social influence include conformity, compliance, and obedience. It is also closely related to the study of group dynamics since most principles of power are much stronger when within social groups.

The first critical area of ​​social influence is conformity. Conformity is defined as the tendency to behave or think as other group members do. The identity of members within a group, that is, status, similarity, experience, cohesion, prior commitment, and accountability to the group, help determine an individual’s level of conformity.

Individual variation among group members plays a vital role in the dynamics of people’s willingness to conform. Conformity is generally viewed as a negative trend in American culture, but some conformity is adaptive in some situations, as is nonconformity in other cases.

A group can be defined as two or more individuals connected by social relationships. The groups tend to interact, influence each other and share a common identity; they have a series of emergent qualities that distinguish them from the aggregates:

An important area in studying people’s relationships with each other is interpersonal attraction. This refers to all the forces that lead people to like each other, establish relationships, and (in some cases) fall in love. Social psychologists have discovered several general attraction principles, but many continue to experiment and research to find more.

Physical attractiveness is an essential element of romantic relationships, particularly in the early stages characterized by high levels of passion. Later, similarity and other compatibility factors become more critical, and the type of love that people experience changes from passionate to partner.

Social psychology aims to understand cognition and behavior as they naturally occur in a social context, but just observing people can influence and alter their behavior. For this reason, many social psychology experiments use deception to hide or distort certain aspects of the study. Fraud can include false cover stories, false participants (known as confederates or puppets), false feedback to participants, etc.

The practice of deception has been questioned by some psychologists who argue that acting in any circumstance is unethical and that other research strategy should be used instead. Unfortunately, research has shown that role studies do not produce the same results as deception studies, which has cast doubt on their validity. In addition to deception, experimenters have sometimes put people in potentially awkward or embarrassing situations, which has also been criticized for ethical reasons.

To protect the rights and well-being of research participants while simultaneously discovering meaningful results and insights into human behavior, virtually all social psychology research must pass an ethical review process. This is carried out by an ethics committee or Institutional Review Board in most colleges and universities. This group examines the proposed research to ensure that no harm is done to the participants. The benefits of the study outweigh any possible risk or discomfort for the people participating in the study.