Skip to content
PsychoTreat > Psychology > Abnormal Psychology: What It Is, History, Causes, Perspectives And More. 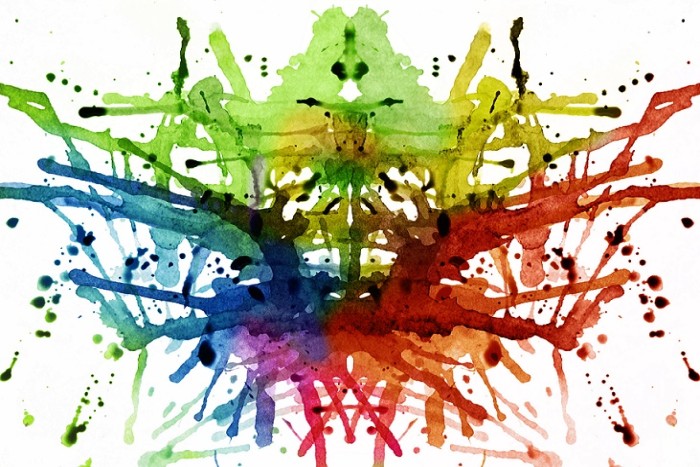 The Abnormal Psychology is the scientific study of abnormal behavior in order to describe, predict, explain , and change abnormal patterns of functioning, studies the nature of psychopathology, its causes and treatments. Of course, the definition of what constitutes “abnormal” has varied over time and across cultures, people also vary in what they consider to be “normal” or “abnormal” or simply idiosyncratic behavior.

In general, it can be described as an area of ​​psychology that studies people who are consistently unable to adapt and function effectively in a variety of conditions. The four main factors that contribute to how well an individual can adapt include their genetic makeup, physical condition, learning and reasoning, and socialization.

Many early societies attributed the abnormal behavior to the influence of evil spirits, skulls have been found as long ago as in the Stone Age (half a million years ago) with areas removed by a surgical method that involved making circular holes with tools. stone, the purpose of such surgery was to release evil spirits, which are supposed to cause mental problems in the patient.

During the Greek and Roman period, some symptoms of mental disorders were classified in terms of melancholy, dementia , hysteria, and hallucinations, generally assumed to be the result of some physical problem within the individual. Hippocrates, considered the father of medicine, referred to brain pathologies as “humors” caused by yellow bile, black bile, blood, or phlegm. Plato and Aristotle also believed that delusions were generated within the individual, not by the influence of external forces.

The Renaissance period was a time when science flourished, the German physician, Johann Weyer was the first physician specializing in mental illness and is considered the founder of modern psychopathology.

At the beginning of the 20th century, two opposing perspectives emerged: somatogenic and psychogenic, the first held that the abnormal behavior had physical origins and the second held that the causes of the same were psychological. Biological science found causes of diseases such as syphilis, the study of hypnotism launched the perspective of psychological (psychogenic) origin, Franz Mesmer introduced the treatment of hysteria with hypnotherapy , but this method called “mesmerism” was not well considered by the doctors of his time. Hypnosis was not seriously studied until the late 1800s in Vienna which attracted Sigmund Freud who later founded psychoanalysis .

There are a number of different perspectives used in abnormal psychology, while some psychologists or psychiatrists may focus on a single point of view, many mental health professionals use elements from multiple areas to better understand and treat psychological disorders.

Behaviorists believe that our actions are largely determined by the experiences we have in life, rather than by the underlying pathology of unconscious forces. Therefore, abnormality is considered to be the development of behavior patterns that are considered maladaptive (that is, harmful) for the individual.

Classical conditioning has been said to explain the development of phobias , the feared object (eg spider or rat) being associated with a fear or anxiety at some point in the past. The subsequently conditioned stimulus evokes a powerful fear response characterized by avoidance of the feared object and the emotion of fear each time the object is encountered.

It focuses on how internal thoughts, perceptions and reasoning contribute to psychological disorders, cognitive treatments generally focus on helping the individual change their thoughts or reactions, it can also be used in conjunction with behavioral methods in a technique known as cognitive behavioral therapy. The cognitive approach assumes that a person’s thoughts are responsible for their behavior, the model deals with how information is processed in the brain and the impact of this on behavior.

The basic assumptions are:

The individual is an active processor of information, how a person perceives, anticipates and evaluates events rather than the events themselves, which will have an impact on behavior. It is generally believed to be an automatic process, in other words we don’t really think about it.

In people with psychological problems, these thought processes tend to be negative and the cognitions (i.e. attributions, cognitive errors) made will be inaccurate: These cognitions cause distortions in the way we see things. Read more about cognitivism.  (Item required).

It focuses on the biological causes of mental illness, with an emphasis on understanding the underlying cause of disorders, which can include genetic inheritance, related physical illnesses, infections, and chemical imbalances. Medical treatments are often pharmacological in nature, although medication is often used in conjunction with some form of psychotherapy .

The approach argues that mental disorders are related to the physical structure and functioning of the brain. For example, differences in brain structure (frontal and prefrontal cortex abnormalities, enlarged ventricles) have been identified in people with schizophrenia . Complete content of medical approach. (Item required).

This perspective has its roots in the theories of Sigmund Freud, who suggests that many abnormal behaviors stem from unconscious thoughts, desires and memories, although these feelings are outside of consciousness, they are still believed to influence conscious actions. Therapists who take this approach believe that by analyzing memories , behaviors, thoughts, and even dreams, people can discover and manage some of the feelings that have led to maladaptive behaviors and distress.

Major assumptions include Freud’s belief that abnormality stemmed from psychological causes rather than physical causes, that unresolved conflicts between identification, ego, and superego may contribute to abnormality, for example:

Weak Ego:  Well-adjusted people have a strong ego that can cope with the demands of both the self and the superego by allowing each to express themselves at appropriate times. However, if the ego is weakened, then the ego or superego, whichever is stronger, can dominate the personality .

Unmarked Identification Impulses: If left unchecked, identification impulses can express themselves in self-destructive and immoral behavior, this can lead to disorders such as conduct disorders in childhood and psychopathic behavior in adulthood.

Too powerful  superego : A superego that is too powerful, and therefore too harsh and inflexible in its moral values, will restrict identification to such an extent that the person will be deprived of even socially acceptable pleasures. According to Freud, this would create a neurosis, which could be expressed in the symptoms of anxiety disorders, such as phobias and obsessions. Complete information on psychodynamics. (Item required).

The standard reference book for abnormal psychology and psychiatry in North America is the Diagnostic and Statistical Manual of the American Psychiatric Association, it lists a set of disorders and provides detailed descriptions of what constitutes a disorder such as Major Depressive Disorder or Disorder. anxiety

It also provides general descriptions of how often the disorder occurs in the general population, whether it is more common in men or women, and other similar data.

The diagnostic process uses five dimensions called ‘axes’ to determine the symptoms and general functioning of the individual. These axes are as follows

The leading international cancer system for the classification of mental disorders can be found in the most recent version of the International Classification of Diseases. The ICD-10 has been used by the Member States of the World Health Organization since 1994.

Chapter five of the ICD-10 has been influenced by the APA DSM-IV and there is strong agreement between the two. Who maintains free access to the ICD-10 online? Below are the main categories of disorders:

II. F10-F19 Mental and behavioral disorders due to the use of psychoactive substances.