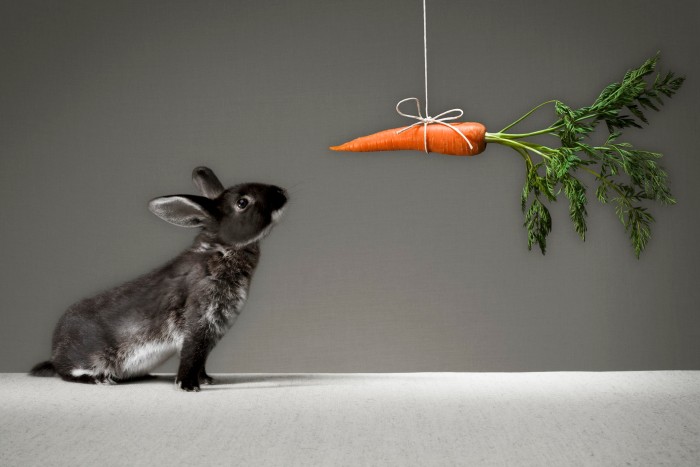 The operant conditioning (sometimes referred to as instrumental conditioning) is a method of learning that occurs through reward and punishment for behavior.

But operant conditioning is not just something that takes place in experimental settings while training laboratory animals, it also plays an important role in daily learning, reinforcement and punishment take place almost every day in natural settings as well as in environments. more structured, such as the classroom or therapy sessions.

What is operant conditioning?

It can be defined as a process that attempts to modify behavior through the use of positive and negative reinforcement. Through this, an individual makes an association between a particular behavior and a consequence.

Example 1: Parents who reward a child’s excellent grades with candy or some other prize.
Example 2: A school teacher awards points to those students who are more calm and well-behaved, students finally realize that when they voluntarily become quieter and behave better, they earn more points.
Example 3: A form of reinforcement (such as food) is given to an animal each time the animal (for example, a hungry lion) presses a lever.

Operant conditioning was coined by the behaviorist BF Skinner, which is why you may hear it known as Skinnerian conditioning from time to time. As a behaviorist, he believed that it was not really necessary to look at internal thoughts and motivations to explain behavior, instead he suggested, we should look only at external and observable causes of human behavior.

During the early part of the 20th century, behaviorism became a major force within psychology, the ideas of John B. Watson dominated this school of thought from the beginning, he focused on the principles of classical conditioning , once famously suggesting that he could take anyone regardless of their background and train them to be whatever he chooses.

When early behaviorists had focused their interests on associative learning, Skinner was more interested in how the consequences of people’s actions influenced their behavior, he used the term operant to refer to any “active behavior that operates on the environment to generate consequences ”. In other words, the theory explains how we acquire the range of learned behaviors that we exhibit every day.

Because the behavior was followed by a reinforcement or a desirable outcome, previous actions are strengthened. Conversely, actions that result in punishment or undesirable consequences will be weakened and less likely to happen again in the future, if you retell the same story in another class, but this time no one laughs, you are less likely to come back. To repeat the story in the future, if you yell an answer in class and your teacher scolds you, you are less likely to interrupt the class again.

There are several key concepts in operant conditioning.

Reinforcement is any event that strengthens or increases the behavior that follows. It is the first fundamental step for the learning of operant conditioning, since they act as stimuli to increase the rate or probability of the responses that follow, after numerous experiments carried out by various psychologists and behaviorists throughout history, it has been evident that reinforced responses increase in rate while unreinforced responses decrease in rate. There are two types of reinforcers:

It is the provision of a reward or other benefit after a desirable action, this encourages a person or animal to repeat a particular behavior in the future, in the hope that the reinforcement will be repeated.

Some examples of positive reinforcement include:

It is the elimination of an undesirable or uncomfortable stimulus from a situation, such reinforcements can imply the cessation of punishment when a person’s behavior conforms to a demand. To avoid future punishment, an individual can change his behavior. For instance:

Punishment is completely opposite to reinforcement, in contrast to the previous concept, punishment refers to the phenomenon in which a stimulus is presented to the organism after a certain behavior has been responded to, the rate of repetition of the same behavior decreases.

It is a stimulus imposed on a person when he behaves in a particular way. Over time, the person learns to avoid positive punishment by altering their behavior. Examples:

It is the removal of a benefit or privilege in response to undesirable behavior, a person wants to retain the benefits they previously enjoyed, and avoids the behavior that can lead to the revocation of their rights. Examples:

Factors that alter the effectiveness of reinforcement and punishment

The effectiveness of reinforcement and punishment can be changed in several ways.

The effectiveness of a positive or “appetitive” stimulus will be reduced if the individual has received enough of that stimulus to satisfy his appetite, the opposite effect will occur if the individual is deprived of that stimulus: the effectiveness of a consequence will increase. If someone is not hungry, food will not be an effective reinforcer of behavior.

An immediate consequence is more effective than a delayed consequence. If a dog is given a treat for “sitting up” right away, the dog will learn faster than if the treatment is given later.

To be most effective, reinforcement must occur consistently after responses and not at other times, learning may be slower if reinforcement is intermittent, that is, if only some cases of the same response are followed, but reinforced responses intermittently they are much slower to extinguish than responses that have always been reinforced.

The size or quantity of a stimulus often affects its strength as a reinforcer, and humans and animals participate in a kind of “cost-benefit” analysis. A small amount of food may not be “worth” a lever pressure for a rat.

Most of these factors fulfill biological functions. For example, the satiety process helps the body to maintain a stable internal environment (homeostasis), when an organism has been deprived of sugar, for example, the taste of sugar is a highly effective enhancer. However, when the body’s blood sugar level reaches or exceeds an optimal level, the taste of sugar becomes less effective, perhaps even aversive.

The law of effect

Thorndike realized not only that stimuli and responses were associated, but also that behavior could be modified by consequences, he used these findings to publish his now famous theory of the ‘law of effect’, which is more likely than not. Behaviors followed by satisfactory consequences for the body are repeated, and behaviors are less likely to be repeated followed by unpleasant consequences.

According to this law, behaviors are modified by their consequences, and this basic stimulus-response relationship can be learned by the person or the operating animal, once the association between behavior and consequences is established, the response is reinforced. and the association is solely responsible for the occurrence of that behavior. Thorndike posited that learning was simply a change in behavior as a result of a consequence, and that if an action brought a reward, it was stamped on the mind and available for later recall.

From a young age, we learn which actions are beneficial and which are harmful through a process of trial and error. For example, a young child plays with his friend on the playground and playfully pushes his friend off the swing, who falls to the ground and begins to cry, and then refuses to play with him for the rest of the day. The child’s actions (pushing her friend) are informed by their consequences (her friend refuses to play with her) and she learns not to repeat that action if she wants to continue playing with her friend.

While this theory does not explain the entirety of human behavior, it has been applied to almost all sectors of human life, but particularly to education and psychology.

Differences between classical and operant conditioning

One of the simplest ways to remember the differences between classical and operant conditioning is to focus on whether the behavior is involuntary or voluntary.

In operant conditioning, the learner is also rewarded with incentives, whereas classical conditioning does not involve such incentives. Also, remember that the classic is passive on the part of the student, while the operant requires the student to actively participate and perform some type of action to be rewarded or punished.

For operant conditioning to work, the subject must first display behavior that can then be rewarded or punished. Classical conditioning, on the other hand, involves forming an association with some type of event that already occurs naturally.