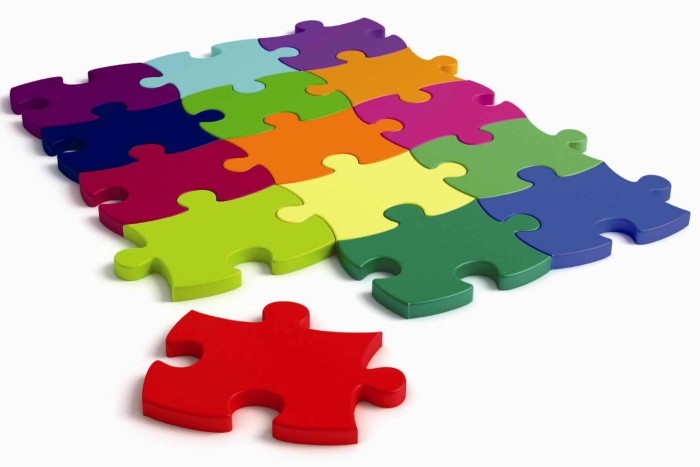 The constructivism refers to many schools of thought that are remarkably different in their techniques (applied in fields such as education and psychotherapy ) are connected by a common criticism of approaches standard front and shared assumptions about the constructive nature active knowledge human . In particular, criticism points to the «associationist» postulate of empiricism, «by which the mind is conceived as a passive system that collects its contents from its environment and, through the act of knowing, produces a copy of the order of reality ».

In contrast, constructivism is an epistemological premise based on the assertion that, in the act of knowing, it is the human mind that actively gives meaning and order to that reality to which it responds. Constructivist psychologies theorize and investigate how human beings create systems to meaningfully understand their worlds and experiences.

In psychotherapy , for example, this approach could translate to a therapist asking questions that confront a client’s worldview in an effort to expand their meaning-making habits, the assumption here is that clients encounter problems not because they have a mental illness. But largely because of the way they frame their problems, or the way people make sense of the events that occur in their life.

Although its roots go back to the Greek philosophers Heraclitus, Protagoras and Aristotle, it was not until 1934 that the French philosopher Gaston Bachelard (1884 – 1962) affirmed that “Nothing comes from itself, nothing is given, everything is built. «, And only in 1967, Jean Piaget (1896 – 1980) used the term constructivist epistemology for the first time.

The doctrine is indebted to late 19th century Darwinian theory, as constructivists claim that human understanding, as a product of natural selection, can be said not to provide a “true” understanding of the world as it is in itself. , than what is absolutely necessary for human survival.

Jean Piaget (1896-1980), the creator of genetic epistemology, argued that knowledge positions develop and are not given a priori, as in Kant’s epistemology, but knowledge structures develop through the interaction. Piaget’s theory is ultimately falsificationist: behavior is the engine of evolution, his major publications spanning fifty years from the 1920s to the 1970s. Piaget’s approach to constructivism was further developed in neo-theory theories. Piagetians of Cognitive Development.

It is the theory in Sociology and Learning Theory that the categories of knowledge and reality are actively created by social relationships and interactions. A social construction is a concept or practice that may seem natural and obvious to those who accept it, but it is actually an invention or artifact of a particular culture or society. The later philosophy of Ludwig Wittgenstein can be seen as a basis for Social Constructivism, with its key theoretical concepts of language games embedded in life forms.

George Kelly (1905-1967), the creator of the theory of personal construction, was mainly concerned with the epistemic role of the observer in the interpretation of reality, he argued that the way we expect to experience the world alters our way of feeling and acting . In other words, we ordered our thoughts and the goal of his therapeutic approach was therefore to allow the client to explore their own minds, acting as a facilitator for the exploration of their own meanings or “constructs.” Kelly’s main publications were in the 1950s and 1960s.

Vittorio Guidano (1944-1999), the creator of post-rational cognitive therapy, hypothesized that the mind creates a complex system of abstract rules responsible for the concrete and particular qualities of our conscious experience, 20 publications came to light in the years 1980s and 1990s and in the years since Guidano’s contributions, there has been much debate among embodied cognition researchers about the extent to which cognition is abstract or modal.

It is the view in philosophy of mathematics that it is necessary to find (or “build”) a mathematical object to prove that it exists. Intuitionism is a kind of constructivism, which holds that the foundations of mathematics are found in the intuition of the individual mathematician, thus making it an inherently subjective activity.

It is the philosophical view, as described above, that our knowledge is “constructed” in the sense that it is subject to convention, human perception , and social experience.

What are some forms of therapy that fall under the constructivist?

Solution-focused brief therapy is one that has been used with all types of people, families, and problems. The emphasis, as with many constructivist therapies, is on the client’s strengths and solutions that may be available to them, the focus on what is already working, rather than focusing on what is wrong, produces more solutions as a result.

Emotionally focused therapy is used primarily with couples to deepen, enrich, and salvage relationships and is an approach that is based primarily on attachment theory, which emphasizes the importance of a safe and secure emotional bond with another.

The narrative therapy has been used with children, families and adults, which offers customers the opportunity to master their lives through the stories they tell themselves, narrative therapist helps present the realities preferred customers and it essentially allows them to rewrite their lives.

Constructivism in mental health offers a great deal of hope and optimism, with a trusted constructivist therapist who can skillfully facilitate life-changing conversations, new possibilities and opportunities emerge in clients.

What is the goal of constructive therapists?

The therapist and client are therefore viewed as collaborative participants as they make joint meaning and help the client create their best reality as they go along, subscribe to the belief in a socially constructed reality, and view their work. with a client as a co-construction of meaning through conversation. The therapist focuses on a client’s strengths and does not look for illnesses or deficiencies, but instead emphasizes resources. He or she is focused on the future and is hopeful and optimistic about the client’s ability to make positive changes.

Therapy approaches that incorporate constructivist ideas generally involve an exploration of the meaning that people assign to experiences, an acknowledgment that thoughts and beliefs affect the feelings and encouragement (by the therapist) of people in therapy to be participants active in the process of change. These therapies value a collaborative approach, one in which the therapist and the person being treated are equal and work together to help the person make positive changes.

The influences of constructivism can be seen in several different modalities, including person-centered humanistic, cognitive-behavioral, dialectical, and existential approaches. George Kelly’s psychology of personal construction was one of the first approaches to integrate constructivist theory, this approach, started in the mid-1950s, is a person-scientist approach based on the idea that people use constructs personal (similar to hypotheses or theories) to predict the behavior of others, because the individual acts as a scientist, these constructs can be continually tested and altered when people try new behaviors and consider new perspectives, whether this occurs in therapy session or in daily life.

How can we perceive reality?

This has also been one of the big questions, and a multitude of possible solutions have been presented, the most intuitive answer and the first that history presents us is realism, from this perspective, we believe that we receive an exact copy of reality, what we see, hear and touch is exactly what we perceive, and all individuals perceive it the same.

Many philosophers over time were able to know that the senses cannot perceive reality perfectly. Descartes and Hume even went so far as to say that it was possible that there is no reality behind the senses, here is another possible solution: the senses give us an imprecise reflection of reality, we no longer observe reality directly; According to this premise, we see only a shadow of reality.

Therefore, we can realize that there are deficiencies in this explanation, because for example, despite the fact that we all have the same senses, we cannot perceive the same situation in the same way, that is, reality can change according to each person and this is where constructivism takes control, because it shows us that perception is not just a mirror or reflection of reality, it goes beyond that.

Constructivist theory explains that the senses show us a bit of information about reality, but this is very confusing for our brain, for this reason for the information to be processed, the brain must first structure it and for it to happen, categorize or divide unstructured information in concepts and interpretations. Here, reality is inaccessible to us.

In short, the term constructivism can be understood because we are active agents of our own perception and not of what other people want us to see. We are the ones who, through this, shape the world inside and outside of us, now having understood this, the question arises: how is it possible that all people have a very similar vision of reality?

To find an answer to this, we can turn to the psychologist Vygotsky and his culture-based socio-constructivist theory, although each of us builds our own world, we are all born into a society and culture that guides us. When we are born immersed in a culture, this not only guides our interpretations, it also gives us a multitude of constructions to borrow. In other words, many times we build our reality very similar to people who have our same culture than with others who have very different cultures.