Skip to content
PsychoTreat > Disorders > Sexual Disorder: What It Is, Types, Categories, Symptoms And More 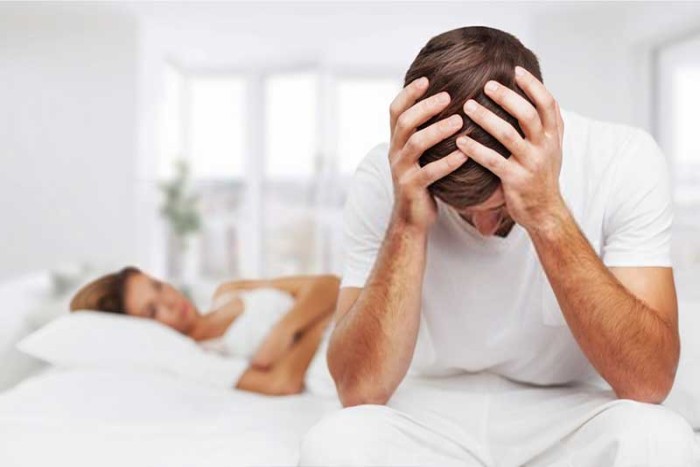 According to DSM-5, it requires a person to feel extreme distress and interpersonal tension for a minimum of 6 months (excluding substance or drug-induced sexual dysfunction). The disorders sex can have a profound impact on the perceived quality of sex life of an individual. The term not only refers to physical sexual dysfunction, but also to paraphilia; This is sometimes called a sexual preference disorder.

A thorough sexual history and evaluation of general health and other sexual problems (if any) are very important. Assessing anxiety , guilt, stress, and concern about performance are essential for optimal management of the sexual disorder.

What are the categories of sexual disorder?

They were previously known as frigidity in women and impotence in men, although impotence is now known as erectile dysfunction, and frigidity has been replaced by a series of terms that describe specific problems that can be divided into four categories as described by The American Psychiatric Association’s Diagnostic and Statistical Manual of Mental Disorders: Lack of desire, Lack of arousal, Pain during intercourse, Lack of orgasm.

Causes can include psychological factors such as depression, low self-esteem, anxiety, stress, distraction, or physical factors (or both). Inadequate sexual stimulation or the environment in which sexual activity takes place can also affect and contribute.

The type of disorder may be the consequence of a low estrogen level after postpartum or amneopause. Age-related reduction in testosterone or vulvar dystrophy (e.g. lichen sclerosus) may contribute, certain chronic disorders such as multiple sclerosis can damage autonomic or somatic nerves, leading to decreased congestion or sensation in the genital area. Complete content on Sexual Arousal Disorder.

Orgasmic disorders, specifically anorgasmia, present as delays or no orgasm after a normal sexual arousal phase in at least 75 percent of sexual encounters. The disorder can have physical, psychological, or pharmacological origins.

A common physiological culprit for anorgasmia is menopause, where one in three women report problems obtaining an orgasm during post-menopausal sexual stimulation. For more information click on orgasm disorder.

Sexual pain disorders affect women almost exclusively and are also known as dyspareunia (painful intercourse) or vaginismus (an involuntary spasm of the muscles of the vaginal wall that interferes with sexual intercourse).

For women, symptoms of dyspareunia include pain in the vagina during sexual activity, either at the entrance to the vagina or further inside. Some experience vaginismus, which means that their vaginal muscles contract involuntarily during penetration, making the experience painful. Dr. Huang says that some women with vaginismus not only have pain during sex, but may also feel pain during routine gynecological exams. Get more content on sexual pain disorders.

In men and women

What Causes a Sexual Disorder?

Many physical and / or medical conditions can cause problems with sexual function, these conditions include diabetes, heart and vascular (blood vessel) disease, neurological disorders, hormonal imbalances, chronic diseases such as kidney or liver failure, alcoholism, and drug abuse. Also, the side effects of some medications, including some antidepressants, can affect sexual function.

They include work-related stress and anxiety , concerns about sexual performance, marital or relationship problems, depression , feelings of guilt, concerns about body image, and the effects of past sexual trauma .

When to see your doctor?

When sexual problems keep happening, things can move forward if they don’t discuss it or seek some treatment. If the situation does not improve or you suspect a physical reason, it is time to see your doctor, where you should be prepared to provide a complete medical history, including a list of prescription and over-the-counter medications, tell your doctor the details of your trouble.

Your doctor will start with a physical exam, depending on the result, this may be followed by a diagnostic test, if they don’t find a physical cause, consider seeing a therapist.

One of the most common sexual dysfunctions, erectile dysfunction, is easily treated with medication. There are three FDA-approved drugs to treat erectile dysfunction: Cialis, Levitra, and Viagra, all three are available by prescription only and work by increasing blood flow to the penis. This allows for an easier erection in men when sexually stimulated.

For other sexual disorders and concerns, psychotherapy is usually the best option, you should seek a therapist who is specialized or well experienced in sex therapy , a specific type of psychotherapy that focuses on helping a person or partner with their sexual problems. (Sex therapy does not involve any kind of sexual or physical interaction with the therapist.)

Psychotherapy is not critical, a professional therapist is there to help you address sexual concern, it is a safe and supportive environment.

It refers to a decrease in desire or interest in sexual activity. Low libido can be the result of physical or psychological factors. It has been associated with low levels of the hormone testosterone. Learn more about hypoactive sexual desire disorder.

It is the phobic aversion or disgust and avoidance of sexual contact with a sexual partner that causes personal distress. This is the most serious form of sexual desire disorder. It involves a fear of sexual intercourse and an intense desire to avoid sexual situations altogether.

It is related to hypoactive sexual desire disorder, it has some of the same characteristics as a general lack of sexual desire, but it also includes an element that can be characterized as an anxiety disorder. Read more about sexual aversion disorder.

It refers to the persistent or recurrent inability of a woman to achieve or maintain an adequate lubrication-swelling response during sexual activity. This lack of physical response can be lifelong or acquired, and generalized or situation-specific. The results are often sexual avoidance, painful intercourse, and sexual tension in relationships. Complete content on female sexual arousal disorder.

Formerly called impotence, it is the inability to obtain or maintain an erection that is sufficient to ensure satisfactory sex for both parties. This problem can cause significant distress for couples. Read more about  Erectile Dysfunction.

Also known as Coughlan syndrome, it is defined as the inability of a patient to reach an orgasm even with adequate stimulation, it can also refer to long delays in achieving an orgasm, causing great concern or stress to the patient. This condition is seen more often in women, especially those in the postmenopausal age group. To know more: Anorgasmia.

It is the term used to describe pain before, during or after vaginal intercourse. There are many causes of dyspareunia, including physical ones, such as insufficient lubrication, a skin infection, illness, or surgery. Psychological causes like relationship problems, stress, and anxiety can also contribute and make things worse. More information about dyspareunia.

It is a condition that involves a muscle spasm in the pelvic floor muscles. It can make it painful, difficult, or impossible to have sex, have a gynecological exam, and insert a tampon.

When you try to insert an object such as a tampon, penis, or speculum into the vagina, it becomes tight due to an involuntary contraction of the pelvic floor muscles. Everything you need to know about vaginismus.

Paraphilias are sexual behaviors in which unusual objects or settings are needed to achieve sexual arousal. Eight paraphilias are recognized, which are the following:

A fetish is sexual arousal in response to an object or part of the body that is not typically sexual, such as shoes or feet. They are more common in men.

Many people with fetishes must have the object of their attraction on hand or fantasize about it, alone or with a partner, in order to become sexually aroused, have an erection, and have an orgasm.

It is a sexual disorder, in which a person is sexually aroused by clothing of the opposite sex. Usually refers to men who dress in women’s clothing. Some men wear a single item or women’s clothing, such as underwear, while others must wear makeup and dress completely to get excited.

Also called sadistic personality disorder , it is a term that describes the experience of taking pleasure in inflicting pain, humiliation, degradation, cruelty, or watching others inflict these behaviors on another person. Often this pleasure is sexual in nature, although this is not always the case, people who enjoy these acts are known as sadists.

In some cases, these people may commit illegal acts such as rape, torture, and murder for sexual satisfaction.

It is a disorder in which individuals use sexual fantasies, impulses, or behaviors that involve the act (real, not simulated) of being humiliated, beaten, or made to suffer to achieve sexual arousal and climax.

These acts may be limited to verbal humiliation, or they may involve being beaten, tied up, or otherwise abused. Masochists may act out their fantasies about themselves, such as cutting or piercing their skin, or burning themselves, or they may seek out a partner who enjoys inflicting pain or humiliation on others (sadistic).

It is the act of touching or rubbing the genitals against another person in a sexual way without their consent, in order to derive sexual pleasure or achieve orgasm. Those who practice it enjoy experiencing a private sexual experience in a public setting.

Although it can occur at any age, the problem is seen most often in young, seemingly shy men between the ages of 15 and 25, but it has also been seen in older, reserved, and socially withdrawn men. It is rare among women.

Exhibitionism, also known as exhibitionist disorder, is a paraphilia in which a person derives sexual arousal from the act or fantasy of exposing their genitals to strangers who do not accept consent. In the vast majority of cases, the perpetrators of exhibitionist acts are men and the victims are women. However, new research suggests that there are women who also use exhibitionism as a way to rebel against societal expectations that women be sexually passive and receptive.

It is a sexual disorder in which a person derives pleasure and gratification from looking at naked bodies and genitalia or by observing the sexual acts of others. It is generally hidden from view of others.

Also called pedophile disorder, psychosexual disorder, which generally affects adults, characterized by sexual fantasies or attempts to participate in sexual acts with a child of the same or opposite sex.

They are defined as disorders in which an individual exhibits strong and persistent identification with the opposite sex and persistent discomfort (dysphoria) with their own sex or a sense of inadequacy in the gender role of that sex. Read more about gender identity disorders.