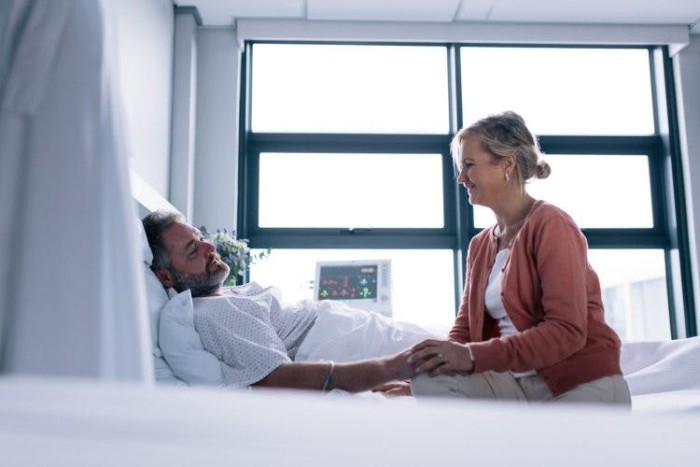 The post – traumatic amnesia (AP) is a state of confusion that occurs immediately after a traumatic brain injury in which the injured person is disoriented and unable to remember events occurring after injury.

The person may not be able to state their name, where they are and what time it is. When continuous memory returns , it is considered to have been resolved. While it lasts, no new events can be stored in memory. During this the patient’s consciousness is “clouded.” Because it involves confusion in addition to the typical memory of amnesia , the term “post-traumatic confusional state” has been proposed as an alternative.

The term “post-traumatic amnesia” was first used in a 1940 article by Symonds to refer to the period between the injury and the return of full and continuous memory, including any time during which the patient was unconscious.

The most prominent symptom of post-traumatic amnesia is a current memory loss. As a result, patients are often unaware of their condition and may behave as if they are going about their normal life. This can cause complications if patients are confined to a hospital and can lead to agitation, distress, and / or anxiety . Many patients report that they feel they are being “prisoners” and prevented from going about their daily lives. Other symptoms include agitation, confusion, disorientation, and restlessness.

Patients also often show behavioral disturbances, may yell, and behave in an uninhibited manner. There were cases in which patients who did not recognize anyone asked to see relatives or acquaintances they have not seen in years. Some patients exhibit childish demeanor, others display unusually calm, friendly, and loving demeanor. Although this behavior may seem less threatening due to its lack of aggressiveness, it can be just as disturbing.

Patients are often unaware of their surroundings and will repeatedly ask questions, they may also have a tendency to wander, which can be of great concern in those who have suffered additional injuries at the time of trauma, such as injured limbs, as these can lead to worsening of these secondary injuries.

Attention is a cognitive resource that contributes to many mental functions. The ability to capture attention requires a certain level of awareness, arousal, and concentration – all mechanisms that are generally affected by traumatic brain injury. The involvement of attention in a wide variety of cognitive processes that has led to the suggestion that attention deficit may act as an underlying factor in the range of cognitive deficits observed in patients experiencing post-traumatic amnesia.

Attention has been considered an important factor in healthy functioning of coding, verbal comprehension, and new learning . Automatic attention processes (such as counting forward) recover earlier than simple memory skills (such as a verbal material recognition test) in individuals with mild to moderate brain injury, this implies that recovery precedes the progression of memory recovery after injury, helping to pave the way to regain the capacity for new learning.

In terms of more severe brain injuries, this automatic performance of the attention task recovers before the disorientation is fully resolved.

One of the weaknesses of the most used method to evaluate this amnesia, the Galveston Orientation and the amnesia test, is that it does not include any evaluation of attention, which could help to give a better indication of the potential for recovery. By omitting attention, the test misses some crucial aspects of a person’s cognitive abilities.

In addition, assessing attention during the period of PA can help determine whether the patient is still in a state of amnesia or is suffering from a more permanent form of memory deficit. Sometimes, brainstem injury has also been observed, in these cases, it is likely that there is an attention deficit without a true amnesic state. In the most severely brain damaged individuals, damage to the temporal lobes and frontal lobes serves as a good indication that amnesia will occur.

Patients suffering from more chronic forms of memory impairment showed poor performance when tested with AP scales, making it difficult to differentiate between the two types of memory impairment, they also show poor simple reaction time, a reduced information processing speed and reduced verbal fluency, which are all attentional deficits that could be used to distinguish these patients from those with more severe and permanent memory problems.

The patients showed mild deficits in verbal communication skills and moderate to severe deficits in non-verbal communication skills, such as maintaining eye contact, initiating greetings, and responding appropriately. Furthermore, a negative correlation was found between the duration of a patient’s PCa episode and their CFRE score; the longer the episode, the more severe the deficit in non-linguistic pragmatic skills. However, the small sample size of this study (only 10 men) means that the results should be interpreted with caution, as they may not generalize to larger samples or the general population.

Post-traumatic amnesia and its classification of brain injuries.

Duration can predict the presence of any chronic cognitive deficits, the development of psychiatric disorders, and the individual’s ability to return to work. It is a long recovery for someone who has experienced a traumatic brain injury. In general, if an individual has PAD for more than three weeks, they can expect to have cognitive deficits one year after their injury occurred.

The severity ranges from a concussion to someone who is in a persistent vegetative state. There are three classifications of brain injury, depending on time, loss of consciousness (PDC), duration of PA, and mechanism of injury. These are:

In addition to how long post-traumatic amnesia is a predictor of outcomes, certain pre-existing factors have also been found to be linked to worse outcomes after memory loss, including: 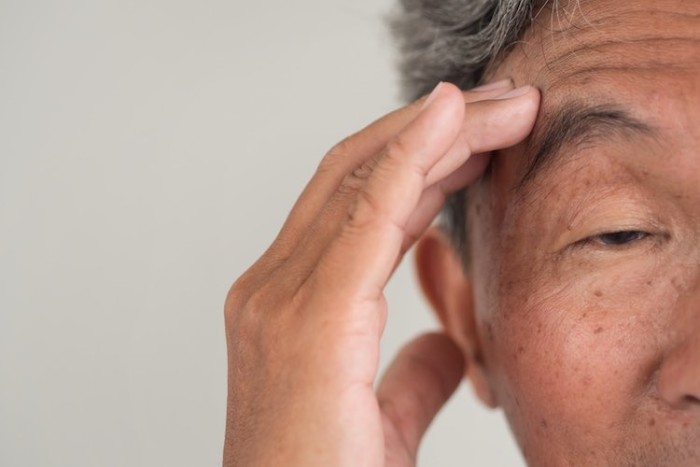 Pathophysiology is the study of changes in an individual’s normal physical, biological, and / or mental functions as a result of disease, injury, or other damage. Currently, the pathophysiological mechanisms that produce post-traumatic amnesia are not fully understood. The most common research strategy to elucidate these mechanisms is the examination of impaired functional abilities of people with this amnesia after traumatic brain injury.

Research on the effect of emotional trauma on memory retention and amnesic symptoms has shown that exposure to prolonged levels of extreme stress has a direct effect on the hippocampus. High levels of stress can lead to increased production of enkephalins and corticosteroids, which can cause abnormal neuronal activity and impair long-term potentiation (a neural mechanism associated with learning) in the hippocampus.

People who have been subjected to repeated sexual abuse during childhood or who have experienced combat show significant deterioration and atrophy of the brain region of the hippocampus. The amygdala, an area of ​​the brain involved in emotional regulation, may be involved in producing memories for some aspects of trauma, although the imprint of a memory of trauma may be lost in the hippocampus, it may remain partially encoded in the form of emotional memory in the amygdala, where it can be later recalled as partially recovered memory.

Diaschisis refers to the sudden dysfunction of portions of the brain due to lesions in distant but connected neurons, it is implicated as an important role in post-traumatic amnesia, more particularly in declarative memory deficits observed in patients who experience an episode of this type of amnesia. The loss of function observed after traumatic brain injuries, as well as the consequent loss of consciousness, was thought to be mediated by the ‘neuronal shock’ associated with diaschisis.

Initially it was believed that diaschisis was the result of the alteration of neural tissue, but more recent evidence implies increased levels of activity of choline acetyltransferase, the enzyme responsible for the production of acetylcholine, as the main cause. Based on these findings, the diaschisis could be helped by the use of medications that would reduce cholinergic activity (acetylcholine) and lower acetylcholine levels in the brain.

This idea is supported by the fact that there is an increase in acetylcholine concentrations in the brain after a head injury.

Brain imaging techniques are useful for examining changes in the brain that occur as a result of damage. CT scans were used to examine pathophysiological damage in patients currently experiencing an episode of PA. Blood flow to the occipital lobe, caudate nucleus, and frontal lobe gray matter was significantly reduced in patients who were explored during the episode.

Working memory deficits are a common symptom in patients with post-traumatic amnesia. The duration of an episode was correlated with decreased blood flow to the right hemisphere, a finding that was consistent with functional MRI studies linking working memory with right frontal activity. The prefrontal cortex, which plays an important role in explicit memory retrieval, was also found to decrease neural activation in patients scanned during the AP episode.

Memory and new learning involve the cerebral cortex, subcortical projections, hippocampus, diencephalon, and thalamus, areas that are often damaged as a result of memory loss. Frontal lobe injuries may also play a role as damage to these areas is associated with changes in behavior, such as irritability, aggressiveness, disinhibition, and loss of judgment.

Researchers have also found that people who experience AP show accelerated forgetfulness. This is in contrast to the normal forgetfulness seen by patients with normal amnesia related to brain damage. The temporal lobes are often the most vulnerable to the diffuse (widely distributed) and focal (more specifically localized) effects of traumatic brain injury, and it is possible that injuries to the temporal lobe may explain the accelerated forgetfulness seen in patients.

Most of the available neuropsychological studies have suggested that the medial temporal lobes are the most important system in the pathophysiology of PA. However, there is little research on this topic, and as new research is conducted, more information should be learned about functionality in these areas. An MRI study showed that a long duration correlated with damage in the central and hemispheric areas, regardless of whether the duration of the coma was relatively short. In patients who had a longer duration of coma, deeper lesions were seen in the central area without extensive damage in the hemispheric area.

Early research pointed to vasopressin as a potential memory-enhancing treatment for patients living with post-traumatic amnesia. Lysine vasopressin, a modified form of the vasopressin molecule, had positive effects on memory when administered by injection to patients with amnesia resulting from traumatic brain injury and Korsakoff syndrome.

A subsequent human study found no effects of vasopressin on memory. The non-significant results were attributed to the study’s many potential flaws, particularly its small sample size, the inability of vasopressin to penetrate the blood-brain barrier when administered as a nasal spray, inappropriate dosing, and differences in injury severity. cranial between samples. However, they found statistically significant improvements in various memory tests with the use of a vasopressin nasal spray, with no reported side effects.