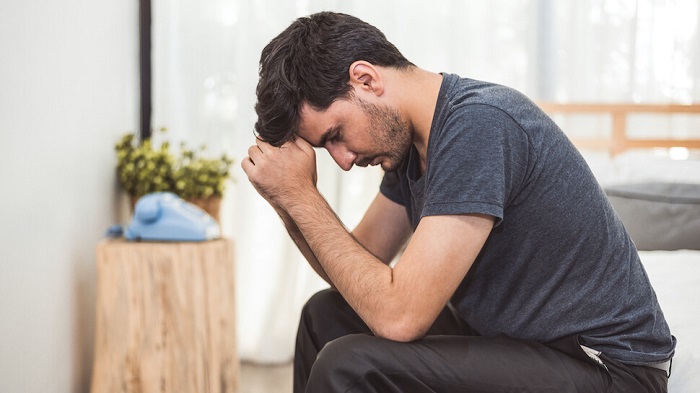 Schizoaffective disorder describes a disorder that includes aspects of schizophrenia and a condition of mood (major depressive disorder or bipolar disorder).

Scientists are not entirely sure if it is a condition related to the disorders mentioned above. However, it is generally seen and treated as a hybrid or a combination of both states. It can be treated, but most people diagnosed with this condition have relapses.

What is schizoaffective disorder?

It is a chronic mental disorder characterized primarily by symptoms of schizophrenia, such as hallucinations or delusions, and symptoms of a mood disorder, such as mania and depression.

Many people are often initially misdiagnosed with bipolar disorder or schizophrenia because they share multiple mental health conditions symptoms.

In about 0.3% of the population, men and women experience the schizoaffective disorder at the same rate, but men develop the disease at a younger age. It can be treated effectively with medication and therapy; co-occurring substance use disorders are a severe risk and require integrated treatment.

Symptoms can vary significantly from person to person and can be mild or severe. They may include:

The exact cause is unknown; a combination of reasons can contribute to the development of the schizoaffective disorder.

The schizoaffective disorder usually begins in the late teens or early adulthood, between the ages of 16 and 30, appears to occur more often in women than in men and is very rare in children.

Because people with schizoaffective disorder have a combination of symptoms that reflect two separate mental illnesses and are sometimes misdiagnosed as schizophrenic and sometimes misdiagnosed as a mood disorder. As a result, it is difficult to determine precisely how many people have schizoaffective disease; it is probably less common than schizophrenia or mood disorders alone.

Schizoaffective disorder is associated with social and work dysfunction and can lead to complications such as:

There are no laboratory tests to diagnose it, so doctors rely on a person’s medical history and can use various tests, such as brain imaging (such as MRI scans) and blood tests, to make sure that a physical illness is not the cause. Cause of symptoms.

If the doctor does not find a physical cause, they can refer the person to a psychiatrist or psychologist; these mental health professionals are trained to diagnose and treat these diseases. They use specially designed interview and assessment tools to evaluate a person for a psychotic disorder.

To diagnose someone with schizoaffective disorder, the person must have periods of uninterrupted illness and, at some point, an episode of mania, major depression, or a combination of both while presenting symptoms of schizophrenia. The person must also have had at least two weeks of psychotic symptoms without the mood symptoms (depression or bipolar).

How is it treated?

Some of the medications a person needs depend on whether they have depression or bipolar disorder, along with schizophrenia. The main drugs that doctors prescribe for psychotic symptoms such as delusions, hallucinations, and disordered thoughts are antipsychotics.

Also, mood stabilizers (for the bipolar type) and antidepressants (for the depressed type).

This type of counseling aims to help the person learn about their illness, set goals, and manage day-to-day problems related to the disorder. The cognitive-behavioral therapy and family therapy can help families be more effective in interacting with and supporting a loved one who has schizoaffective disorder.

There is no cure for schizoaffective disorder, so long-term treatment is required. With proper treatment, people can work, improve their relationships, and avoid relapses.

Can you prevent schizoaffective disorder?

No, but if someone is diagnosed and begins treatment as soon as possible, it can help a person avoid or reduce frequent relapses and hospitalizations and help decrease the disruption to their life, family, and friends.