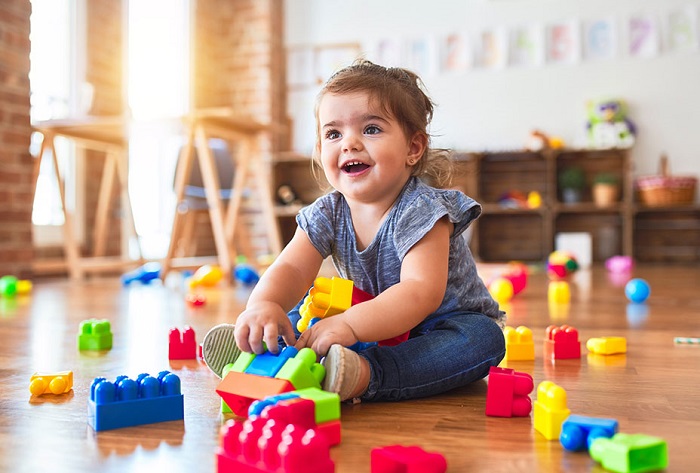 Autism is a disorder or neurobehavioral condition complex life-affecting, among other things, the way an individual relates to their environment and their interaction with others, including impairments in social interaction, language, and skills Of communication combined with repetitive and rigid behaviors due to the variety of symptoms, this condition is now called autism spectrum disorder, as it covers a broad spectrum of signs, abilities, and levels of impairment. It ranges in severity from an impairment that somehow limits an everyday life to a devastating disability that may require institutional care.

Children with autism have problems communicating with others and difficulties understanding what other people feel and think, making it very difficult for them to express themselves in words or through gestures, facial expressions, and touch.

Autism, or autism spectrum disorder, refers to a variety of conditions characterized by challenges with social skills, repetitive behaviors, speech, non-verbal communication, and unique strengths and differences. We now know that there is not just one autism but many types caused by different combinations of genetic and environmental influences.

The term “spectrum” reflects the wide variation in challenges and strengths that each person with autism possesses.

The most obvious and prominent signs of autism tend to appear between 2 and 3. In some cases, it can be diagnosed at 18 months, and some developmental delays associated with autism can be identified and addressed even earlier.

A child with this condition who is very sensitive may be very concerned, sometimes even hurt, by sounds, touches, smells, or images that seem normal to others.

This is one of the most functional types of autism because there is no delay in learning a language or cognitive development in children. People with Asperger’s tend to be of average or above-average intelligence. Their accurate entry on the autism spectrum occurs in communication and social integration.

Many things can point to the Asperger’s diagnosis, “not quite fitting” is not enough, although people with Asperger’s often feel very isolated from their peers into adulthood.

The Autism Spectrum Education Network lists some of Asperger’s main characteristics (although they also note that you don’t need to have them all).

People with Asperger’s find it very difficult to “walk a mile in someone else’s shoes,” and now we understand the neuroscience behind this lack of empathy. The complicated system of the heart in the brain malfunctions in people with Asperger’s, causing great difficulty in accessing or understanding the emotions of others.

One of the key differences between people with Asperger’s and other varieties of autism spectrum disorder appears to be that those with Asperger’s seek social interaction; they have a hard time running smoothly due to problems with reading body/face language and effective communication.

This is the most common type of autism spectrum disorder diagnosis, and there are two parts to it, as stated by the International Statistical Classification of Diseases. One is the presence of abnormal or altered development that manifests before the age of three, so to qualify, you need to start showing signs very early in life, but it’s the second part where things get complicated. To allow, you need abnormal functioning in three areas: “social interaction, communication, and restricted, stereotyped, and repetitive behavior.”

The autistic disorder can manifest as loneliness: it can mean that children do not want to be hugged or touched, prefer their own company, and do not seem to know how to interact with other people or children.

Restricted and repetitive behavior can include obsessions with various objects or collections of facts or repetitive movements that have no purpose, such as swinging or waving hands. These can consist of “acclimatization” actions performed by autistic people who are overwhelmed by sensory stimuli, to which they are often susceptible.

Defined as “not fitting adequately into the other categories,” it is considered one of the milder forms of autism. It is sometimes called atypical autism, but exactly why it is complicated.

People with this type of autism do not fit a whole Asperger or autistic disorder diagnosis. They tend to be high functioning, but their particular symptoms include delayed child development, which means that Asperger’s is not the correct diagnosis. They can also have a variety of symptoms of autistic disorder, but only in mild forms, or you have some of the symptoms but not enough to qualify fully.

It is the outlier. For example, children and adults are often socially oriented, but it is difficult to describe precisely the symptoms because there is so much variation.

Signs and symptoms of autism 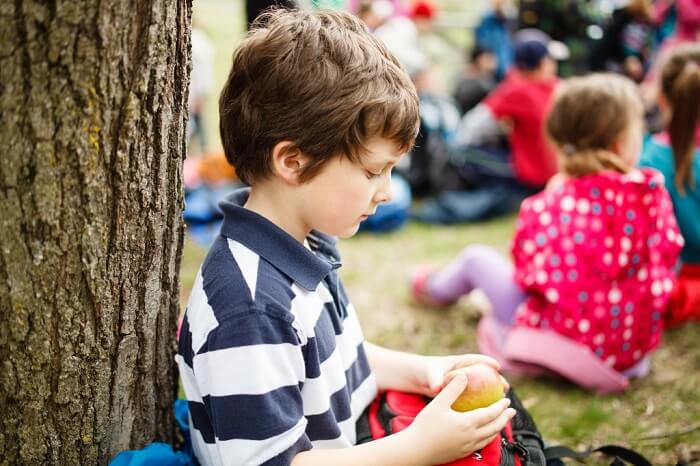 As we mentioned earlier, people with autism tend to have problems with social interaction and communication.

Some children do not babble or use other vocal sounds in early childhood.

Older children have trouble using non-verbal behaviors to interact with others; for example, they have difficulty looking at eyes, facial expressions, body language, and gestures, making no brief eye contact, or ignoring familiar or unfamiliar people.

Children may be unaware and interested in other children; they often attract older or younger children. Instead of interacting with children of the same age, they tend to play alone.

They may find it difficult to understand other people’s emotions and feelings, and they have difficulty initiating or engaging in conversations appropriately.

Language development can be delayed, and a child will not compensate for lack of language or delayed language skills by using gestures (body language) or facial expressions.

Children tend to repeat words or phrases spoken by others (either immediately or later) without formulating their language or in parallel with developing their language skills. Some children do not demonstrate imaginative or imaginative play, while others will continually repeat the same pretend play.

Some children like to follow the same routine, and small changes can trigger tantrums. Some children may wave their hands or twist or snap their fingers when excited or upset. Others may do repetitive activities, such as turning light switches on and off, opening and closing doors, or lining things up.

Children and youth often experience a variety of cognitive ( thinking ), learning, emotional, and behavioral problems. For example, they may also have attention deficit hyperactivity disorder, anxiety, or depression.

The exact cause is unknown, but it can occur due to several genetic, environmental, and unknown factors. Many scientists think that a child inherits specific genes that make them more susceptible to ASD from their parents.

Other researchers claim that these genes are only triggered if exposed to certain environmental factors.

Some of the possible causes are believed to be premature birth before 35 weeks of pregnancy and being exposed to alcohol in the womb.

Other theories include sensory nerve defects that are the cause.

In the past, some thought that the flu during pregnancy was a cause, but this has been disproved in a study.

Other studies claim that children born to mothers with allergies are at higher risk for autism.

And scientists in Denmark have found that the later they leave you to have children, the greater the chances that your baby will be diagnosed with this condition.

Restricted and repetitive patterns of behavior, activities, or interests in autism.

The world for people with autism can seem like a very unpredictable and confusing place, and that is why they prefer to have a daily routine so that they know what will happen daily. They may wish to always travel the same way to and from school or work or eat the same food for breakfast.

The use of rules can also be necessary. It can be difficult for an autistic person to take a different approach once they have been taught the “right” way to do it. People on the autism spectrum may not be comfortable with change, but they may be able to cope better if they can prepare for changes in advance.

Many autistic people have intense and highly-focused interests, often from a relatively young age. These can change over time or last a lifetime and range from art or music to trains to computers. Curiosity can sometimes be unusual. An autistic person loved collecting garbage. For example, the person developed an interest in recycling and the environment with encouragement.

Many channels their interest into the study, paid work, volunteering, or other meaningful occupation. Autistic people often report that pursuing such interests is critical to their well-being and happiness.

Autistic people may also experience over or under sensitivity to sounds, touch, tastes, smells, light, colors, temperatures, or pain. For example, they may find certain background sounds, which other people ignore or block, unbearably loud or distracting. This can cause anxiety or physical pain, or they may be fascinated by lights or rotating objects.

The characteristics of autism vary from person to person. Still, for a diagnosis to be made, it will generally be assessed that the person has had persistent difficulties with social communication and social interaction and restricted and repetitive patterns of behavior, activities, or interests since early childhood, insofar as these “limit and impair daily functioning.”

Getting a timely and comprehensive evaluation and diagnosis can be helpful because:

The diagnosis is based on the variety of functions your child shows.

Scientists don’t know the exact causes, but research suggests that genes and the environment play an important role.

In recent years, the number of children identified with this spectrum has increased. Experts disagree on whether this shows an actual increase since the guidelines for diagnosis has also changed in recent years. Also, many more parents and doctors know about the disorder, so parents are more likely to test their children, and more doctors can correctly diagnose autism, even in adulthood.

Early treatment and proper care can reduce people’s difficulties while helping them learn new skills and make the most of their strengths. The wide variety of problems on the spectrum means that there is no single best treatment. Working closely with a doctor or healthcare professional is essential for finding the right treatment program. There are many options for treatment, such as social services, programs, and any other resources that can help.

Here are some tips.

A doctor may use medications to treat some difficulties that are common with drugs, and you may have fewer problems with: