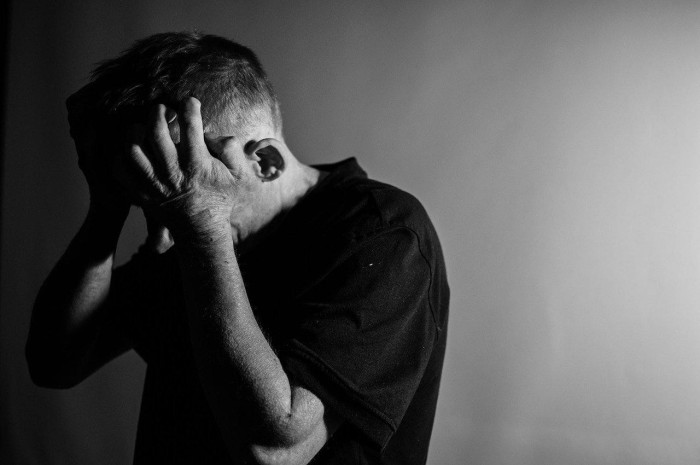 The depression catatonic , now known as major depressive disorder with catatonic features, is diagnosed when a person suffering from major depression develops physical symptoms such as inability to move, speak or respond to external stimuli.

Catatonia is not a separate disorder, rather, is a psychomotor disorder that can be triggered by various things such as infection, certain medications, disorders neurological, autoimmune disorders, overly abrupt withdrawal from alcohol or benzodiazepines and other psychiatric disorders, especially schizophrenia and other major mood disorders.

What is catatonic depression?

It is a type of depression that causes someone to remain speechless and immobile for an extended period, although it used to be seen as a distinct disorder, the American Psychiatric Association (AAP) no longer recognizes it as a separate mental illness, now considers it to be the Catatonia is a specifier for several mental illnesses, including depression, post- traumatic stress disorder, and bipolar disorder . Catatonia is characterized by an inability to move normally.

The term catatonic is not a separate disease in itself, but is considered an additional part of an already present diagnosis, other diseases such as post-traumatic stress disorder, bipolar disorder and schizophrenia can also have catatonia has a distinction. Those affected may not be able to perform simple tasks, such as sitting up in bed or changing clothes, they can also sit quietly for hours without moving a muscle.

The catatonic depression has symptoms of depression at the time including Neurogenetics motor disability, when a case is presented like this, medical professionals need to identify the root cause of depression to improve mental stupor. It is estimated that less than 10 percent of psychiatric patients develop a mental disorder with catatonic characteristics, which makes its appearance quite rare.

There are many different presentations for catatonia.

It is a state where there is no evidence of external connection to the environment, with little or no psychomotor activity. Those who suffer from stupor make little or no eye contact, and the patient may remain in one position for a long time and then abruptly “freeze” in a second position.

It causes the body and limbs to become stiff, with a lack of responsiveness, loss of muscle control, and decreased bodily functions, including breathing.

Causes mild resistance and even resembles a change in position initiated by a physician; Catalepsy allows a patient to maintain a position after it has been changed by the doctor.

Produces little or no verbal response.

Shows opposition or does not respond to external instructions or stimuli.

It is the unconscious repetition or imitation of the speech of another.

It is the imitation of the movements of another.

(Not influenced by external stimuli) People who experience this form or catatonia are extremely hyperactive, with seemingly purposeless movements, the patient may also experience delusions and hallucinations.

The further diagnosis of catatonia is made when at least two of the above manifestations are present.

Major depressive disorder itself has a large subset of variable symptoms that must first be labeled catatonic depression. These preliminary symptoms may include:

Additional symptoms of catatonic depression can include:

The exact cause of catatonic depression is not known, but it is believed to be the result of an imbalance of chemicals in the brain called neurotransmitters, when working normally, these endogenous chemicals transmit signals across a chemical synapse, such as junction. neuromuscular, from one nerve cell to another, or between muscle cells. Neurotransmitters play an important role in regulating everyday functions.

The following treatments are available for catatonic depression:

Benzodiazepines are a class of psychoactive drugs that potentiate the effect of the neurotransmitter gamma-aminobutyric acid. In most people, these medications are effective in quickly relieving catatonic symptoms, such as anxiety , muscle spasms, and insomnia . However, benzodiazepines are also highly addictive, which is why they are generally used as a short-term treatment method.

There is increasing evidence showing that N-methyl-D-aspartate can also be used to effectively treat catatonic depression. It is an amino acid derivative that mimics the behavior of the neurotransmitter glutamate, although it appears to be a promising treatment method, more studies are needed to address its efficacy and side effects adequately.

Other treatments that have shown promise include repetitive transcranial magnetic stimulation and certain atypical antipsychotics, particularly those that block dopamine D2 receptors, however more research is needed to determine how effective these methods are in treating people with depression. catatonic.