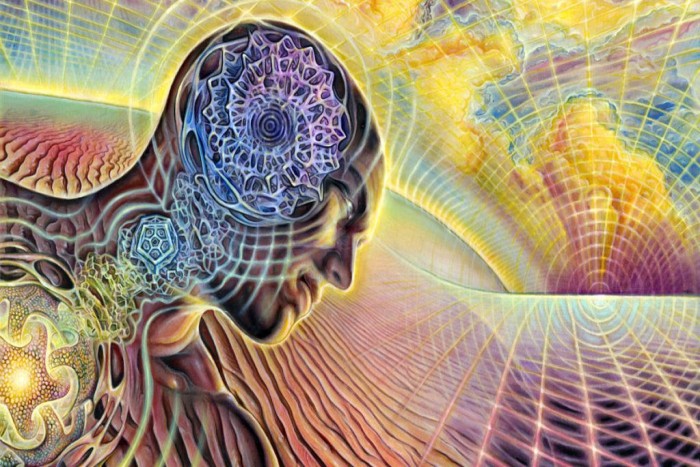 The transpersonal psychology (also known as transpersonal counseling) is a humanistic approach to therapy that was developed by the American psychologist Abraham Maslow in the 1960s, the term “transpersonal” means “beyond the personal , ” and this reflects the main goal of therapy: to explore human growth and to help people discover a deep and lasting essential being that exists beyond the conditioned ego.

How does transpersonal psychology work?

To understand more about this type of psychology, it is important to know that it is a process of self-realization, which is intended to help people discover the depths of their essential self. This therapy aims to build and expand the qualities of an individual, their spirituality and self-development, which allows them to use their feelings freely and internal resources to eliminate conflicts or problems and thus be able to create a broad sense of balance and harmony in their lives. .

Through this, the person achieves a high level of functioning both at work and in social relationships that would be considered “normal” and healthy according to current mental health standards.

Transpersonal therapists take into account a wide range of techniques, which will be applied in a way that people can continue to apply it beyond therapy and in a more natural way. Fundamentally, these techniques will be tailored to the specific needs and personal circumstances of each individual client, the emphasis on individual development in transpersonal psychology is to ensure the effective cultivation of intuitive ways of knowing that complement a person’s unique psychological and spiritual being.

This is how the effort that a person makes for freedom and the fulfillment of his life can be supported and improved as time passes.

Some of the commonly used methods in transpersonal psychology include:

What is the goal of transpersonal psychology?

Transpersonal therapy views self-actualization as a continuous process. Renowned consciousness researcher and psychologist Abraham Maslow said, “What a man can be, must be… It is the desire to become more than one is, to become all that one is capable of being.” Each person’s ability is different.

The characteristics of a self-actualized person, according to Maslow, seem simple but are difficult to achieve, since they have realistic perceptions of who they are, they understand the dynamics of the world in which they live, but they are not reactive. Because their survival needs are met, they can focus their efforts on helping solve problems in their communities, they are respectful of convention, but are often positively unconventional in their behavior and attitudes.

Self-actualized people find joy in the simplest experiences, they view the world with continuous admiration and appreciation, they enjoy people but they need large amounts of time for themselves to balance themselves. Maslow also tells us that these people often experience peak moments, finding intense satisfaction, joy, or peace that gives them the strength and inspiration they need to keep growing.

Assumptions of the transpersonal psychologist

The first assumption is that humans are spiritual beings who have physical experiences, the spirituality of all descriptions is at the core of transpersonal psychology, which requires therapists to be prepared to treat a diversity of patients without prejudice, judgment, or agenda.

The second assumption is that human consciousness is multidimensional, the basic dimensions of human life are the body, mind and soul, although the idea of ​​the body is straightforward, it is believed that the mind in transpersonal psychology has three levels o depths: the conscious, subconscious and unconscious mind, although some psychotherapeutic approaches combine the subconscious and the unconscious.

The soul dimension simply refers to the patient’s spiritual beliefs, whatever they may be. From a therapeutic perspective, the “body-mind-soul” dimensions of patients contain contradictory information and counterproductive beliefs that must be accessed and resolved as part of their therapy, this is an integral part of the self-realization process.

The third assumption is the understanding that humans are capable of transcending their personalities, going beyond who they are at this moment, and communicating with their souls. These transcendent experiences are often induced and guided by the therapist using whatever technique is part of the patient’s spiritual beliefs, such as singing, drumming, praying, or meditating.

The fourth assumption is that every human being has an internal source of wisdom, some call it the soul, but many simply consider it to be the part of all humans that is not normally heard above the noise of the world.

Although transpersonal psychology is often confused with the related field of parapsychology, it is important to understand that there are some significant differences between the two perspectives.

While both branches study human experience beyond the physical and spiritual world, parapsychology relies solely on the scholarly study of unusual psychic phenomena, including psychokinesis, reincarnation, and apparitions, on the other hand, transpersonal psychology focuses simply on the spiritual side of human nature to achieve self-realization in life therefore often involves the use of meditation, dream work, vision questions, hypnosis, and other altered states of consciousness to achieve greater sense of reality.

Transpersonal therapists facilitate deeper experiences and understandings through a process that is positive and constructive, using cognitive activities that often become lifelong tools for their patients. These tools include long-term practices, such as meditation or yoga, they also use hypnosis to move more quickly in areas that require immediate investigation.

The choice of the right tools depends on the patient and his spiritual predilections. A therapist can prescribe meditation, journaling, singing, drumming, interpreting dreams, guided imagery, or praying. In some cases, altered states, such as hypnosis, may be in order, or a therapist may recommend body work, such as biofeedback, sensory awareness, Tai Chi, Qi Gong, or Aikido.