Skip to content
PsychoTreat > Disorders > What is Pyromania? – Causes, Symptoms, Diagnosis And Treatment. 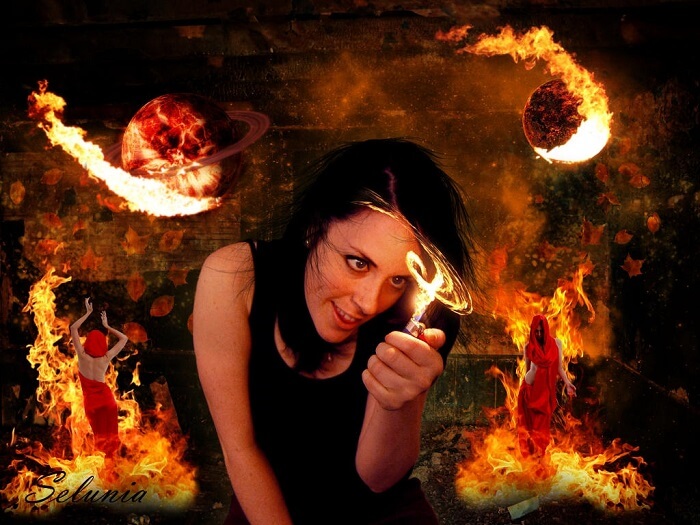 Pyromania is a disorder that probably you’ve heard about, and not in a good way; this is because those suffering from pyromania tend to get into a lot of trouble and do so in ways that can be dangerous not only for them but also for everyone else. For those who have not heard of it, pyromania is a compulsive desire to set fire. Although the individual has no specific interest in damaging property, possessions, or other people, it is a real possibility.

It is an intense obsession with fire, explosives, and their related effects; it is also an obsession with intentionally starting fires. An individual with pyromania is referred to as a pyromaniac who is specifically identified as having no other symptoms but an obsession with the fire that causes their behavior.

Pyromania is different from arson; pyromaniacs are also different from those who start fires due to psychosis, for personal, monetary, or political gain, or acts of revenge. Arsonists start fires to induce euphoria and often fixate on fire control institutions such as fire stations.

When lighting and seeing fires becomes the greatest pleasure in life and a release from the tensions and stresses of each day, such a person is far from fulfilling their true purpose and potential in life.

From a psychological point of view, pyromania is a sporadic disorder that causes people to have an irresistible urge to start fires, these individuals are fascinated by fire in all its forms, and that means that it is not just lighting it that They are intrigued, enthralled by all activities related to it, and may even engage in other activities or interests related to fire, such as reading about it, watching it, or even working in a profession related to it.

These individuals like anything and everything they can find on fire and experience a significant release of tension and stress each time they do so.

The latest edition of the Diagnostic and Statistical Manual (DSM-5) presents pyromania in the Disruptive, Impulse Control, and Behavioral Disorders section. The essential characteristic of pyromania is the presence of multiple episodes of deliberate and purposeful arson.

In addition, people with pyromania experience tension and emotional arousal before lighting a fire. Other symptoms may include

People with pyromania are not setting fire for money, nor are they trying to hide criminal activity, get revenge, or improve their living situation. The symptoms also cannot be in response to delusions or hallucinations.

Nor can fire come from impaired judgment, such as an intellectual disability. The diagnosis will also not be made if the behavior is better explained by another mental illness, such as conduct disorder or antisocial personality disorder, or if it occurs during a manic episode.

People with pyromania can be very prepared to start fires; they can be indifferent to whether someone is physically or financially damaged or take pleasure in the destruction they cause.

Experts believe that at the heart of pyromania are violations in developing the personality. Sigmund Freud described fire as a symbol of sexuality; seeing it can lead to sexual arousal. He also believed that a severe form of sexual deviation could lead to the emergence of pyromania. In addition, psychiatrists link cravings for fires with the desire to show strength and self-control; this explains the behavior of those arsonists who, after having started a fire, help to eliminate it.

The urge to light a fire is most often formed in childhood; the risk group includes children from inferior families. The signs of pyromania are manifested within three years of life; during this period, matches or a lighter are a real treasure for a child; they can see a burning candle, set the matches on fire, and admire it. Child pyromania is characterized by a complete lack of understanding of the potentially devastating effects of arson.

Another theory about the presence of pyromania in adults is based on a reference to the primitive instinct of man: the craving for fire, its light, and heat; for some reason, it is tough for an arsonist to overcome this instinct.

Various mental illnesses and disorders that weaken the individual’s ability to resist temptations and impulsive behavior can complicate pyromania. At the same time, scientists argue that the disease often manifests itself in patients with poorly developed intellectual abilities; it is also found that there are more men than women among arsonists.

According to psychiatrists, true pyromania only occurs in sporadic cases; much more often, this mental disorder is a symptom of another serious and dangerous illness, for example, schizophrenia.

When examining the causes of pyromania, there are two factors: individual and environmental.

When considering the personal causes of pyromania, a person’s social life and experience are some of the most critical factors. Some examples would be:

The environmental factors include traumas in the early stages of life and witnessing pirománicas behavior in childhood. For example, pyromania can be caused by:

These factors that can cause pyromania are relatively common traits. Therefore, it should not be assumed that someone with these traits is destined to be an arsonist; people diagnosed with the disorder have a marked inability to control impulses and typically have several of these causal factors.

Most psychiatrists believe that pyromania occurs due to abnormal development of the personality structure, and the formation of a mental disorder begins in childhood. If the first symptoms of the disease appear in the adolescent, its manifestations can be much more destructive.

Almost all children have a particular interest in fire, and at the first opportunity, they try to play with matches. Children can make bonfires and set particular objects on fire, but they usually quickly lose interest in this occupation.

An arson child tries to connect all his games with fire; this should alert parents and others. Child pyromania is a particular danger because the child does not realize the threat hidden by fire and the possible consequences of fires.

In addition, some psychologists believe that in adulthood, a person suffering from pyromania can choose a profession associated with fire (firefighter) if he developed a craving for this phenomenon in childhood.

Among the pyromaniacs, there are many firefighters, representatives of the show, and people who work in the field of pyrotechnics. Thus, they try to compensate for the pathological desire to observe and control the fire.

The incidence of starting a fire by a person who is under the influence of alcohol or other drugs is much higher than that of people who have been diagnosed with pyromania disorder; even when only those with a fire pattern when under the influence, the number is greater than the prevalence of pyromania.

Various mental health professionals have presented many opinions; for those who oppose maintaining these exclusion criteria, the main argument is that the desire remains the same, but intoxication reduces the inhibition enough to act before the urge to set fire.

Those who would like to keep the criteria currently argue that setting fire when intoxicated is more likely due to a substance use disorder or a personality disorder.

If you consider the pyromania statistics with the inclusion of those who were intoxicated during the fire, the pyromania rate will increase dramatically.

When the co-occurrence of fire and intoxication has been studied, alcohol has been the most common intoxicant. Alcohol is frequently blamed for illicit behaviors due to its inhibiting effect on a person.

Those who have a fire pattern when intoxicated may have the urge and desire to set fire as an emotional release when sober but refrain from knowing that this is dangerous behavior and a criminal act. However, if this person has fantasized about setting fire and is going through a significant time of stress and then becomes intoxicated, their judgment is likely impaired, making setting fire more likely.

Like alcohol, marijuana has been shown to reduce inhibition and impair judgment. Not all the effects of marijuana abuse on the mind and body are known, and studies in this field have only begun in recent years.

Preliminary evidence has shown that chronic marijuana abuse can decrease or otherwise impair a person’s ability to make decisions and weigh the consequences that lead to increased impulsive behaviors. It is guilty that marijuana abuse may cause hasty decisions to light a fire.

Stimulant medications directly affect neurotransmitters or brain chemicals, which influence impulsivity. For this reason, a person who has a desire to set fire, if under the influence of stimulants, is significantly more likely to act on his wishes. Some of the more common inspirations misused include:

With fire-setting behaviors in adolescents, it is of particular concern that stimulant drugs may influence the likelihood of acting on the desire to start a fire.

Children and adolescents are the most significant legal consumers of stimulant medications; due to the high number of prescriptions in these age groups, there is also a greater likelihood that these medications will be diverted.

Little research has been done on the treatment of pyromania because it is a rare condition. Treatment has been primarily based on those accepted for other impulse control disorders; when considering the most appropriate treatment for pyromania, medication and cognitive behavioral therapy are considered by most to be the options to follow.

So far, there have been no studies on medication for pyromania; although there is no specifically indicated medication, several classes have been used with moderate success.

Antidepressants have been used in some cases because the underlying cause of the pyromania is likely to stem from traumatic events and feelings of depression or isolation. Some theorize that when treating the emotional trigger for pyromania, an arsonist may not feel the same level of intensity, a desire to set fire.

Mood stabilizers, like antidepressants, have been used due to commonly accepted theories about what causes a person to develop pyromania.

Medical professionals advocating mood stabilizers for pyromania focus on the impulse control aspect of the disorder. If an arsonist no longer has significant mood swings, they are less likely to feel the need to set fire to release emotional pain.

Some believe that arson fire occurs as a form of psychotic behavior, the idea being that antipsychotic medications can prevent a person from losing touch with reality and, as a result, prevent fire-setting behaviors.

Although there is no evidence-based therapeutic approach to treating pyromania, there have been some promising results from cognitive-behavioral therapy.

The Diagnostic and Statistical Manual of Mental Disorders, more commonly known as DSM, only mentions a possible course of treatment for pyromania in the most recent edition.

This approach, called cognitive behavioral therapy, works to identify how a person’s thoughts, feelings, and behaviors are intertwined. Therapy involves challenging thoughts and beliefs that may be inaccurate to create behavior change.

It has been suggested that if an arsonist can learn to identify when they are experiencing the early stages of emotional stress, they can cope with and release these emotions more healthily; it may also be possible for a person to identify faulty thoughts patterns that have led to your fire.

If challenged and a practical new philosophy replaces the faulty belief, a person can no longer feel the compulsion to set fire.

Can pyromania be prevented?

The best way to prevent pyromania is for parents to take the time to educate their children about fire safety and fire hazards; they should also keep all fire lighting devices out of the reach of children and away—from teens to reduce the risk of fire.