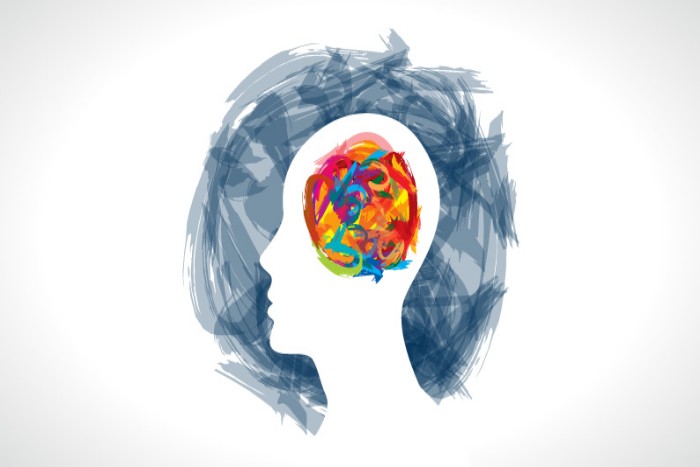 When psychology was first established as a separate science from biology and philosophy, the discussion began on how the mind and behavior of humans can be described and explained. The first two major schools of psychology to emerge during this time were known as structuralism and functionalism , neither of these schools held out as psychology progressed as a science, they did make important contributions to the development of modern psychology.

Also called structural psychology, which sought to identify the components (structure) of the mind (the mind was the key element for psychology at this point). Structuralists believed that the way to learn about the brain and its functions was to divide the mind into its most basic elements, they believed that the whole is equal to the sum of the parts.

Wilhelm Wundt, who is considered the structuralist pioneer, established the first psychological laboratory in 1879, after Wundt it was Titchner who popularized the field (he was one of Wundt’s students). Tchner was interested in the conscious mind, he used a technique called introspection to try to understand the conscious mind, which is a process in which a person “looks inward,” concentrates, and tries to understand the emotion or thought that is happening. experiencing at that time.

Although structuralism represented the emergence of psychology as a separate field from philosophy, the structural school lost considerable influence when Titchener died. The movement led, however, to the development of various counter-movements (i.e., functionalism, behaviorism, and Gestalt psychology) that tended to react strongly to European trends in the field of experimental psychology.

Behavior and personality were beyond the scope considered by structuralism, by separating the meaning of facts from experience, structuralism opposed the phenomenological tradition of Franz Brentano’s act psychology and Gestalt psychology, as well as the functionalist school and behaviorism of John B. Watson, serving as a catalyst for functionalism, and structuralism was always a minority school of psychology in America.

Wilhelm Wundt instructed Titchener, the founder of structuralism, at the University of Leipzig, it is often associated in past literature with structuralism and the use of similar introspective methods, however this is not the case, Wundt makes a clear distinction Between pure introspection, which is the self-observation used by earlier philosophers, and experimental introspection, he believes that this type of introspection is acceptable, as it uses laboratory instruments to vary conditions and make the results of internal perceptions more precise.

The reason for this confusion lies in the translation of Wundt’s writings, when Titchener brought his theory to America, he also brought Wundt’s work with him, Titchener translated these works for the American audience, and in doing so he misinterpreted Wundt’s meaning. He then used this translation to show that he supported Titchener’s own theories, in fact the main theory was that of voluntarism.

How to analyze the mind and consciousness?

Elements of the mind

Titchener’s theory began with the question of what each element of the mind is, he concluded from his research that there were three types of mental elements that constituted a conscious experience:

These elements could be divided into their respective properties, which he determined were quality, intensity, duration, clarity and extension, both the sensations and the images contained all these qualities, however, they lacked affects both in clarity and in extension, the images and the Affects can be further divided into simple groups of sensations. Therefore, by following this line of thinking, all thoughts were images, which built from elemental sensations meant that all complex reasoning and thinking could eventually be broken down into sensations that could be accessed through introspection.

The second problem in Titchener’s theory of structuralism was the question of how mental elements combined and interacted with each other to form a conscious experience. His conclusions were largely based on ideas of associationism , in particular Titchener focuses on the law of contiguity, which is the idea that the thought of something will tend to cause thoughts of things that are generally experienced in conjunction with it.

Titchener rejected Wundt’s notions of apperception and creative synthesis (voluntary action), which were the basis of Wundt’s voluntarism. Titchener argued that attention was simply a manifestation of the property of “clarity” within sensation.

Once Titchener identified the elements of the mind and their interaction, his theory posed the question of why the elements interact the way they do. In particular, Titchener was interested in the relationship between conscious experience and physical processes, he believed that physiological processes provide a continuous substrate that gives psychological processes a continuity that they would not otherwise have. Therefore, the nervous system does not cause conscious experience, but it can be used to explain some characteristics of mental events.

The strengths and criticisms of structuralism

By current scientific standards, the experimental methods used to study the structures of the mind were too subjective: the use of introspection led to a lack of reliability in the results.

Other critics argue that structuralism was too concerned with internal behavior, that it is not directly observable and cannot be accurately measured.

However, these criticisms do not mean that structuralism is meaningless, but rather it is important because it is the first major school of thought in psychology. The structuralist school also influenced the development of experimental psychology.

Today, the theory of structuralism is virtually extinct, while researchers are still working to offer objective experimental approaches to measure conscious experience, particularly in the field of cognitive psychology , the use of Titchener’s form of introspection no longer it’s used. Nowadays, any introspective methodology is done under highly controlled situations and understood to be subjective and retrospective, proponents argue that psychology can still get useful information from the use of introspection in this case.