Skip to content
PsychoTreat > Psychology > What is kleptomania? – Symptoms, Causes, Treatments And More. 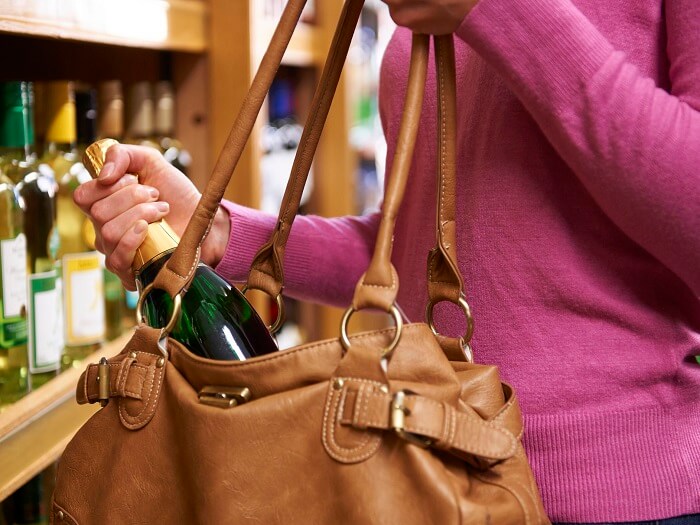 It is the recurring compulsion to theft regardless of the value or use of the stolen items; However, widely known and sometimes used as an attempt at legal defense by arrested thieves, genuine kleptomania is a relatively rare mental disorder.

Although it is scarce, it is a severe disorder, and it is something that can cause significant harm to the individual who suffers from it, their family, and friends. After all, stealing is a crime and is treated as such, regardless of the type of disorder you may have; if the urge is not curbed and the individual cannot overcome it, it could end with severe consequences for their actions.

Kleptomania is classified as an impulse control disorder. The victim cannot overcome the impulse to steal and feels increasing tension with attempts to resist until she gives in to the notion that releases her. In some cases, stolen items may have sexual or other symbolic significance to the kleptomaniac, but the sexual aspects of the disorder are not always apparent.

Signs and symptoms of kleptomania

Symptoms of kleptomania are often misdiagnosed as common stealing, but there are some signs to look for when evaluating whether someone may be struggling with kleptomania. If these warning signs are observed, then help should be provided to the person; some of the indications include:

An intense need to steal

This is the most prominent of all symptoms; kleptomaniacs do not need the items they steal. They do not even use these items; they can include paper clips, pens, flowers, spoons, or pencils.

Kleptomaniacs are often anxious, stressed, and tense; they steal to calm down, and stealing is the only way to relieve this tension. Signs of kleptomania include unexplained restlessness and anxiety before stealing.

A feeling of relief, fear, or anxiety after stealing

Some kleptomaniacs feel relieved after stealing; they may even feel calm after the episode. On the other hand, others may show guilt, remorse, fear, and self-loathing, yet almost everyone finds it impossible to control their kleptomania. As a result, the cycle repeats sooner or later.

People who suffer from this impulse control disorder do not hold a grudge against the person they are stealing from; this is one of the symptoms of kleptomania that differentiates those who steal with all intention.

Kleptomaniacs do not steal for personal gain; it is almost impossible for them to control their impulses; they do not target a particular individual or store for a specific reason; they only steal to ease their anxiety.

This is one of the symptoms of kleptomania that makes it an impulse disorder; these people regularly steal, especially in public places.

The object is kept together with other things stolen from different places; they do not misbehave or suffer from conduct disorders, do not become violent or psychotic, and only steal compulsively.

Although theft can alleviate the stress the individual was experiencing, they may be left with feelings of guilt and remorse after the crime. After a robbery episode, feelings of shame, self-recrimination, and remorse are pretty standard.

These episodes generally do not involve elaborate planning and occur spontaneously. People with this condition may be in a public place, such as a mall or supermarket, when they feel the need to steal. The intensity of these impulses can vary.

What are the causes of kleptomania?

The exact causes of kleptomania are still under investigation, although it is suggested that both genetic and environmental influences may play a role.

Different perspectives in psychology have suggested some possible explanations:

Psychoanalytic explanations of kleptomania have conceptualized it in various ways. Some suggest that people are forced to obtain objects to symbolize some early loss or neglect. According to this approach, the treatment of the disorder consists of discovering the underlying motivations for the behavior.

Cognitive-behavioral explanations suggest that the disorder may begin when an individual is positively reinforced for stealing something. After the first theft occurs without negative consequences, the behavior is more likely to reoccur in the future.

Eventually, the signals associated with theft actions become very strong, making it much more likely that they will continue. When a person is in a situation with similar environmental cues, they may find the overwhelming urge to steal simply irresistible.

Because the act of stealing relieves the stress and tension that the individual was experiencing, over time, the individual may begin to steal to deal with and reduce stress.

Biological explanations suggest that behavior may be related to specific brain regions and possible dysregulation of certain neurotransmitters.

Studies have also shown that SSRIs have effectively treated kleptomania, indicating that serotonin regulation might be involved. Other neurotransmitters such as dopamine and endogenous opiates may also play a role in developing the disorder.

Risk factors that can cause kleptomania

It is important to remember that people struggling with kleptomania experience great shame after stealing, especially when repeatedly caught; this can lead to thoughts of suicide and self-destruction. It is essential to speak with a professional if you notice that you or a loved one are experiencing these complications.

How is kleptomania diagnosed?

Kleptomania is typically diagnosed by a doctor or mental health professional because it commonly occurs in conjunction with other conditions such as eating disorders, substance abuse, alcohol, and anxiety disorders; it is often diagnosed when people are referred to a physician for their comorbid psychiatric symptoms. The diagnosis can also occur if the symptoms have led to an arrest for theft.

Following an initial examination by a physician, the patient may be referred to a psychologist or psychiatrist for further evaluation; the diagnosis may include the use of patient interviews and a review of legal records.

Administration of psychometric scales such as the Kleptomania Symptom Assessment Scale (K-SAS) or the Yale-Brown Obsessive-Compulsive Compulsive Scale, Modified for kleptomania, may also help diagnose.

Kleptomania in children vs. in adults.

The disorder can be detected from a young age, and you must realize it.

It is rare for children to be diagnosed with kleptomania. However, the exact onset of kleptomania varies and can occur at any time in a person’s life; often, people start showing symptoms during adolescence. In some rare cases, some people have developed symptoms in late adulthood.

Although it may seem disturbing to parents, it is not common for young children to steal small things without knowing more. Young children, especially those under five years old, are prone to taking things they like; when you notice that your child is stealing, you can teach him that it is wrong.

According to the American Academy of Child & Adolescent Psychiatry, when theft in older children is persistent, it can indicate emotional or behavioral development; this can be caused by unstable family life or genetic factors that can trigger such problems.

Adults have very different reasons than children for stealing; adults are more likely to steal out of financial necessity than children, which constitutes a large part of criminal theft.

Kleptomania is also a cause of theft in adults; it causes the theft of small and insignificant items that the person who stole them does not need. It is an impulse control disorder, and the person who steals regrets it immensely after doing it.

Kleptomania and other conditions

Against theft and other crimes

Kleptomania is different from regular robberies or other crimes. A person suffering from kleptomania does not steal the things they need and does not plan to commit the crime; they do so because they feel an intense, uncontrollable, and inexplicable urge to steal. Their motivation is strictly internal stress relief and gratification; they have no malicious intent when stealing.

When a person engages in a robbery unrelated to kleptomania, the person takes things for their benefit. The person may be stealing out of necessity, revenge, or other external motivation.

Bipolar disorder is a mood disorder that causes people to experience fluctuations between depression and mania; it is common for people who suffer from kleptomania to also suffer from bipolar disorder; they both share the trait of high impulsivity. However, they are not mutually inclusive.

Research is still needed in this area, but some believe that the chemical imbalances in kleptomania and bipolar disorder may be similar.

People may try to self-medicate using alcohol and drugs; the general characteristics of the behaviors and the theft result in substance abuse. Kleptomania and addiction have several points in common, including compulsive behavior, decreased control, a solid need to participate in the conduct, and a pleasure-seeking goal.

Alcohol serves to intensify poor decision-making and negative impulses. It is a relaxant, further boosting poor impulse control and lack of control.

Marijuana increases impulsive responses by making individuals slower and more prone to mistakes. Marijuana reduces the ability of the frontal cortex to control behavior, and chronic use affects impulse control, causing people with kleptomania to have less impulse control.

Cocaine is believed to increase impulsive reactions in specific brain areas; continuous methamphetamine use can change brain function and lead to increased impulsivity.

It is tough to treat alone, so getting medical help is a must for most people who experience it. Treatment typically involves a combination of psychotherapy and medications, which can treat triggers and causes.

Selective serotonin reuptake inhibitors (SSRIs) and other antidepressants have shown effectiveness in treating kleptomania symptoms and can be used in conjunction with cognitive-behavioral therapy.

The cognitive-behavioral therapy focuses on both thoughts and behaviors that contribute to stealing and has shown some efficacy in controlling symptoms of kleptomania.

Psychotherapy is the first-line treatment for impulse control disorders to help the patient learn to recognize them, find out why these impulses act, and find more appropriate ways to relieve stress.

Early intervention and effective treatment are essential to help people experiencing kleptomania symptoms avoid the unnecessary distress and legal consequences associated with their condition; it is also necessary to treat any co-occurring disorders present with the interventions. Appropriate.

Professional treatment for kleptomania is essential to lower the risk of lifelong consequences such as criminal charges, broken relationships, and overall lower quality of life however there are things you can do at home that will support treatment and will make it more effective:

While it can be very embarrassing to do it at first, reach out to your family or friends for support, give them information about kleptomania, and help them understand what symptoms to look for and how to best help you when you feel strong urges.

Use mindfulness to deal with urges and reduce stress or anxiety – this may be easier said than done and will take a lot of practice, but work with your therapist to find something that works for you.

Can kleptomania be prevented?

There is no known way to prevent kleptomania; however, receiving treatment as soon as symptoms appear may help lessen any possible disruption in a person’s life, family, and friends. In addition, it may be helpful for the person to avoid situations that could trigger the urge to steal, for example, staying away from stores during times of stress.