Skip to content
PsychoTreat > Psychology > Episodic Memory: Definition, Terminology, How It Is Created And Examples. 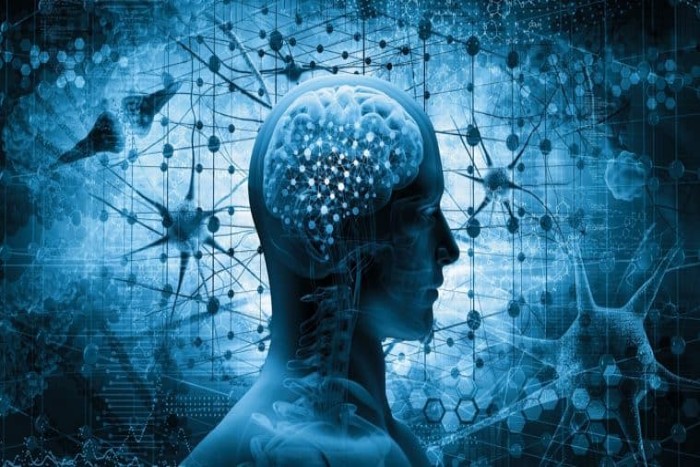 The memory Episodic is the memory of personal experiences and specific events, including location, time and emotions , learn more about the subject through examples and a variety of information.

What is episodic memory?

It is the unique memory of a person referring to a specific event, so it will be different from the memory of another person of the same experience, in other words, these are their unique memories of things that happened in their life and things that you know that they happened in the lives of others. If you think that your brain contains a large timeline, your episodic memory would be responsible for that line and all the events that exist in it.

Another example is to imagine that you have a conversation with a friend about the concert they attended last week, you tell them the name of the artist, the time of the concert, the location and how you enjoyed seeing the singer perform her latest hits, the information that has remembered your friend is stored in the episodic memory.

Memories of what you ate for breakfast, your first day of school, and your cousin’s wedding are examples of episodic memories. Episodic memory is one of the two types of declarative memory, which is a long-term type that refers to facts, data, or events that can be recalled at will. It also allows you to consciously remember personal experiences and specific events that happened in the past, this includes remembering information about when an event took place, where the event happened, what happened during the event and the associated emotions, it is fully developed when we have around four years.

The term “episodic memory” refers to a unique memory system (or capacity) of the brain, however, that is not the only meaning that can be found. For example, the term is often used to describe the specific experience (content) that comes to mind when exercising the capacity for episodic memory and the accompanying feeling (phenomenology) that one is reliving that previous experience.

For the sake of clarity, this article will refer to the contents of episodic memory as “remembered experiences” and phenomenological experience as “remembering.” There is a similar problem in relation to the concept of semantic memory. Today, the term also represents the capacity of the brain.

The structured contents of the semantic memory system are known as “knowledge” and phenomenological experience as similarly.

How episodic memory is created

Forming such a memory involves several unique steps, each of which involves a separate system from the brain, the first step in the process is called encoding, a process by which it passes through the brain each time a new memory is formed. episodic. How this actually works on a physiological level is very complex and not fully understood, although what we do know is fascinating.

Basically, when you experience something, this causes the neurons to fire in your brain according to what you have seen and heard and at the same time, the event will have an emotional content that is what defines the release of neurotransmitters and hormones, these tell us whether the event is happy or sad, and whether the event is important enough to be moved into long-term memory for permanent storage.

What is surprising is the brain’s ability to take all the inputs from the sensory areas of the brain and then combine them into a single experience in the hippocampus. The hippocampus will ultimately dictate whether the inputs should be committed to long-term memory or not. Anterograde amnesia cases , in which patients lose the ability to formulate new memories, demonstrate the role of the normally damaged hippocampus.

Memories are often stored mainly through particular types of encoding, which means that they will depend more on one of the senses than the others, the most common for episodic memories is ‘semantic encoding’, which means that memory it is based more on the meaning and our understanding of it, than on the sound (acoustic coding) or what we saw (visual coding); although these could also play a role.

Another step in the process of forming an episode is called consolidation, which is basically the event in your long-term memory, this helps the memory become more firmly ingrained so that it is not lost if the brain suffers a deterioration. Episodic memory can be affected by trauma, hydrocephalus, tumors, metabolic conditions such as vitamin B1 deficiency, and neurological diseases such as Alzheimer’s disease .

The final process involves collection, which is a process that triggers the retrieval of contextual information related to a specific incident, sometimes a memory from long-term memory is retrieved almost effortlessly, and other times you may need something to activate it. , like a word, a picture or even a smell.

People can generally associate particular details with an episodic memory, how they felt, the time and place, and other details. It is not fully understood why we remember certain cases in our life, while others are not registered in our episodic memories, it is believed that emotion plays a key role in our formation of episodic memories.

Some examples of episodic memory:

The failure of your episodic memory

Interestingly, it has been shown on many occasions that our episodic and autobiographical memories are far from infallible and can be easily fooled.

And, of course, the initial formation of memory is also highly dependent on our attention and our subjective interpretation of events. If something happens but your attention is not on the key event, then the memory could be very different from another person who was more focused at that moment and that is that we will often fill in the blanks with what we call ‘schematics’. In other words, we have a kind of predetermined idea of ​​how certain items look or how people behave, if we weren’t giving our full attention our brains would fill in the missing pieces when “guessing” and we wouldn’t know the difference.

Another interesting phenomenon related to episodic memory is something called “flash memory”, this is a type of memory that is cemented in stone and it is easy for us to vividly recall in great detail.

Flash memories usually occur when we are very surprised, scared, happy or upset, which triggers a sudden surge of hormones and neurotransmitters corresponding to that emotion (adrenaline from fear, for example) and that in turn means that memory it is established much more permanently and vividly. This is why many people remember where they were on the day Diana died, for example, and why you probably remember your wedding day in more detail than Thursday three weeks ago.

Functions of episodic memory in all species

As we examine the evolution of episodic memory, it is important to consider its possible functions in all species. What are your possible contributions to the fitness of an individual? What advantage could it provide? Episodic memory is not necessary for animals to find food, shelter, companions, or to avoid dangerous situations, however, given the dynamic nature of the environment, the ability to recall unique experiences could certainly help animals to be more successful.

This advantage can be especially beneficial under resource-limited conditions, when incremental gains in the probability of success can have large effects on long-term survival.

Memory based on predictions

The purpose of memory is not to remember the past, but to allow us to think, reason, and plan for the future. Along these lines, we propose that the main function of episodic memory is to provide memory-based predictions to support adaptive behavior in the present or the immediate future.

There are two ways that episodic memory could contribute to this ability. First, it is the only memory system that provides spatially and temporally specific information about individual experiences. For example, when faced with a specific need (a tool), an individual could use episodic memory to make predictions about how to meet this need (see where the tool was last seen), this unmatched specificity allows animals to take into account unique events to guide their behavior and adapt quickly to changing circumstances.

Second, it could contribute to memory-based predictions by supporting the ability to make novel inferences, in fact, it has been proposed that a fundamental role of the hippocampus is to integrate episodic and semantic memories into a relational (declarative) memory network, Because many of our memories overlap in information content, the network is believed to represent the relationships between memories by linking them together using their common elements.

This network structure could support the flexible expression of inferred relationships between elements that were never experienced together, such as deducing a novel trajectory between two locations or the social hierarchy between a group of individuals. It should be noted that non-declarative memory capabilities also extract regularities from the environment to support the ability to generalize to other situations, but the process requires multiple exposures and lacks expression flexibility (that is, it is tied to specific keys).

It involves making predictions about the far future (many hours ahead) to anticipate future needs, an extension of the capacity for memory-based predictions described above.

In humans, future planning involves ” episodic future thinking ,” the ability to simulate plausible future events or scenarios (eg, imagining future activities to determine what to pack for an upcoming trip). Interestingly, there is considerable overlap between the neural circuits involved in the retrieval of episodic memories and those involved in the simulation of future events, suggesting that the two capacities are intrinsically related.

Although so far we have emphasized common characteristics in episodic memory capacity, there are also clear differences between species.

These divergences include unique uses as well as species-specific attributes. For example, in humans, episodic memory is thought to be intrinsically linked to other mental abilities such as language , sense of self, empathy, and theory of mind, although such characteristics were initially used as evidence that memory Episodic is unique to humans, according to the current conceptual framework, they represent species-specific attributes (or modules) associated with the expansion of neocortical (particularly prefrontal) areas in humans.

Other species-specific uses may include voles that predict when and where sexually receptive females will be located and hummingbirds that keep track of the location, quality, and turnover rate of different nectar sources. Episodic memory can be of particular importance in hummingbirds due to the enormous cost of energy in collecting nectar, making repeat visits or poor planning highly detrimental.

Episodic memory and semantic memory are two main types of memories that are part of your long-term memory; together they are known as declarative memory.

While episodic memory, as we have been mentioning, is the unique vision of an individual in a particular episode, which will vary from the memory of others who were in the same event, semantic memory is only reality.

While a bride will remember the date she was married, her memories of the event will differ from those who attended the ceremony and even those of the groom.

Researchers have noted that while these two forms of memory are separate, they do not necessarily operate completely independently. In 1972, Endel Tulving of the University of Toronto detailed the differences between episodic and semantic memory in his book “Elements of episodic memory,” noting that semantics and episodic differ in how they operate and the types of information they process.