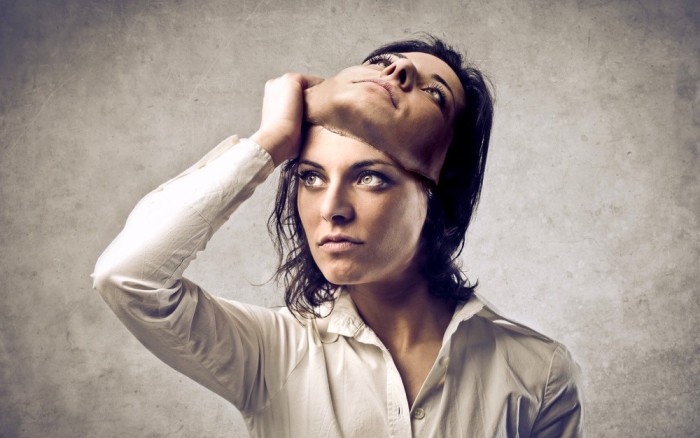 The Capgras syndrome, Capgras delusion and sometimes known as the impostor syndrome is a psychological condition in which a person believes that someone you know has been replaced by an impostor. This condition is not well understood and can be related to a variety of underlying conditions. In this article, we look at the symptoms and complications, possible causes, and some examples of Capgras syndrome.

What is Capgras syndrome?

It is a psychiatric disorder in which a person has the illusion that a friend, spouse, parent, or other close family member (or pet) has been replaced by an identical imposter. It is classified as a delusional misidentification syndrome, a class of delusional beliefs that involves the misidentification of people, places, or objects.It can occur in acute, transient, or chronic forms and cases have also been reported in which patients have the belief that time has been “distorted” or “substituted.”

The illusion occurs most often in individuals diagnosed with paranoid schizophrenia , but has also been seen in brain injury, dementia with Lewy bodies and other dementias. It often occurs in individuals with a neurodegenerative disease, particularly in older age, and has been reported to occur in association with diabetes, hypothyroidism, and migraine attacks . In an isolated case, it was temporarily induced in a healthy subject by the drug ketamine.

Capgras syndrome is named after Joseph Capgras, a French psychiatrist who, with a colleague, first described the disorder in 1923, it is one of several conditions classified as delirium misidentification syndromes. Although this psychological condition can affect anyone, it is more common in women than in men, it can be very disturbing for the affected person, as well as for their loved ones. Therefore, it is important that those who witness the syndrome seek the advice of a physician.

The exact causes are not known, but there are theories as to why symptoms occur.

One theory is that it results from a brain injury involving injuries to the brain, these injuries were present in more than a third of all documented cases of Capgra syndrome observed in one study.

It could also be caused by a disconnection between the visual part of the brain and the area that processes facial familiarity, this disconnection could cause a person to misidentify someone they know.

Other theories suggest that underlying conditions, such as dementia or Alzheimer’s disease , may be the cause, as these diseases alter how a person perceives the world around them and remembers things. Furthermore, schizophrenia and epilepsy are believed to be potential causes or concurrent situations.

A 2015 study looked at a case of Capgras syndrome that was linked to hypothyroidism, or an underactive thyroid gland, so hormonal imbalances can also be a risk factor.

When it comes to symptoms, they can be very disconcerting, both for patient testing and for misidentified people. The main symptom of the syndrome is that the patient begins to believe that a friend or relative has been replaced by an imposter or an exact replica of him.

The patient’s symptoms do not behave normally with him, the behavior has been seen to change completely once they see the person they have misidentified. Sometimes the patient remains normal until he finds a person.

They have been observed to become violent at some point, however it is very important to understand that the patient suffering from Capgras Syndrome is not exactly a mental patient. Generally, a mentally disordered person is someone who has lost his mental balance and in this case, the patient shows adequate behavior for other aspects in addition to misidentification.

It can be said that in this syndrome only a part of the brain begins to behave abnormally, lack of concentration is another symptom that is associated with the syndrome and a patient who suffers from it continues to suffer from anxiety and fear, in addition to continuously thinking about the person misidentified, and that leads to major problems.

At this time, there is no prescribed treatment plan because more research needs to be done, but there are options that can help alleviate symptoms.

The most effective is to create a positive and welcoming environment where the person affected by the syndrome feels safe. Some care facilities will use validation therapy , where delusions are supported rather than rejected, this can reduce anxiety and panic in the person experiencing the delusion.

The technical guidance to reality may be useful in some circumstances, this means that the caregiver will provide frequent reminders of the current time and place, including reminders of important life events, movements or any substantial change.

The underlying cause of Capgras syndrome will be treated as much as possible, these treatments may include:

How to care for someone with Capgras syndrome?

Caring for someone with this type of syndrome can be emotionally demanding, especially if you are the one perceived as the imposter. To help someone with it, here are some strategies to try:

How common is Capgras syndrome?

Although it was believed to be extremely rare in the decades since its discovery by Joseph Capgras in the early 1900s, researchers now believe that it may be more common than previously thought. On the other hand, it’s still pretty rare, so don’t start freaking out just yet.

Is there a cure for this syndrome?

Unfortunately, there is no “cure” for Capgras syndrome, if it was caused by brain injury, there is a chance that the brain will fix itself, so to speak, by reestablishing pathways interrupted by the trauma. However, if it is due to psychological disorders such as dementia or psychosis, modern medicine cannot do much more than treat the root cause and hope for the best.

The following are some examples of reported cases of Capgras syndrome:

In one case, a man could not recognize his parents when he was face to face with them, yet when he spoke to them on the phone, he recognized them, without problem. In this case, the disorder may have been caused by a disconnect between display and facial recognition. Other methods, such as speech recognition, were not affected.

In another case, a mother believes that her daughter has been removed by Child Protective Services and replaced by an imposter, the mother was diagnosed with Capgras syndrome and prescribed medication, but could not be convinced of her identity. daughter.