Skip to content
PsychoTreat > Disorders > Disorganized Schizophrenia: What It Is, Symptoms, Causes And Treatments. 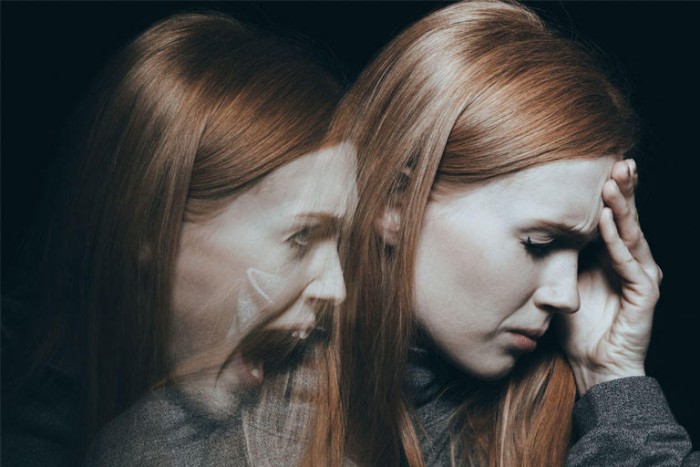 Since 2013, the American Psychiatric Association’s Diagnostic and Statistical Manual of Mental Disorders has defined schizophrenia as a single condition, which may or may not include disorganization. Schizophrenia affects about 1.1 percent of the world’s population.

What is disorganized schizophrenia?

It is also called hebephrenia, which is one of the 5 main types of schizophrenia, is characterized by symptoms of extreme disorganization and generally develops between 15 and 25 years of age. The term “hebephrenia” is Greek for “adolescence” and refers to the fact that this subtype of schizophrenia typically has an onset in adolescence. The primary symptoms experienced by individuals with this particular type include: disorganized behavior, disorganized speech, and inappropriate or flat affect.

The person may become very active, but the behavior in which he participates has no focus or purpose, in other words, the behavior is considered non-constructive. For example, the person can walk around the house, move a chair to the side, take a piece of paper, and start writing a note about frogs. Behavior when active is completely unpredictable and not productive, just random.

This symptom implies a general lack of pleasure for the person with schizophrenia, they may find that no activity, person or hobby gives them any kind of pleasure, this contributes to a listless state. The person does not know what to do or what kind of activities to do because nothing is pleasant.

The person cannot think clearly and cannot connect their thoughts to form an organized speech, in other words, they experience nonsensical thought patterns that prevent them from staying on track during conversations. During a conversation, the person can change the topics of each sentence, the speech problem can become so disorganized that other people cannot make any sense of what they are saying.

In some cases, their speech can be heard as a lot of mixed sounds, it should be noted that the person can make up words. Written forms of communication are also disorganized.

The person can engage in a speech that doesn’t make sense, they can start a conversation and end up dragging out random phrases that don’t fit well. Your sentences and words can end up being totally random and make no sense to the person you are speaking to, there is no connection or coherence in your sentences and train of thought.

It refers to the fact that the individual may not be able to show or experience any emotion, the negative symptoms are so strong that the person cannot experience emotion, this is essentially an emotionless state of functioning . The individual may speak monotonously and appear very listless, may not make eye contact with other people and may have a blank, blank face.

The behavior can also seem very strange, for example, on a cold day, the person may dress for the beach and put on a bathing suit. This behavior may feel normal to the individual with schizophrenia, but it seems very strange / strange to other people. The behaviors can be childish and silly, but they can turn aggressive or violent in certain circumstances.

Some people with this subtype show no emotion, but others show inappropriate emotion. For example, the person may smile, laugh or grimace at a funeral, this emotion clearly does not reflect the given set of circumstances. The person does not show appropriate emotional responses.

The individual may make inappropriate facial responses during conversations or they may just generally grimace or laugh inappropriately. An example of inappropriate laughter would be if something unfortunate happened to someone, they heard it and laughed.

Experts aren’t sure what causes schizophrenia, but research suggests there is some type of brain dysfunction, likely influenced by a combination of biological and environmental factors. Chemicals in the brain, such as the neurotransmitters dopamine and serotonin, may be involved in the onset of schizophrenia.

The condition could be caused by faulty cell-to-cell signaling in the brain, according to 2009 research published in the journal Molecular Psychiatry. The scientists in the study identified 49 genes that function differently in the brains of schizophrenia patients compared to controls.

Risk factors for schizophrenia include:

If a fetus is exposed to a viral infection, there is an increased risk of developing schizophrenia, there is no definitive list of viruses that pose a risk, but potential candidates include influenza, herpes, toxoplasmosis, and rubella.

If the fetus is malnourished during pregnancy, there is an increased risk of developing schizophrenia.

Children who experience extreme forms of stress early in life may be at risk for schizophrenia, this could be due to childhood abuse or trauma.

Parents’ age when the baby is born

Children of older parents have a higher risk of schizophrenia than children of younger parents.

The use of substances that affect the mind or mental processes during adolescence can increase the risk of developing schizophrenia. Illegal drug use is common among people with schizophrenia, although it is not certain whether such drug use is a cause or an effect of the illness.

Unfortunately, treatment for disorganized schizophrenia is more difficult than most other subtypes. Most professionals agree that since the onset of “hebephrenia” usually occurs between the ages of 15 and 25, the prognosis for the person diagnosed is considered poor. The person may experience overwhelming negative symptoms and a general decline in social skills as a result of isolation.

Treatment for this particular subtype is roughly the same as for those with other subtypes: antipsychotics, therapy, and other medications (if necessary). Since this particular type of schizophrenia tends to experience more negative symptoms, treatment must be adjusted to suit the patient’s symptoms.

Individuals are generally prescribed atypical antipsychotics as the first line of treatment, this may help alleviate some of the symptoms, but in the disorganized subtype, the medications may not be as effective as they would be in treating other subtypes, If the patient does not respond well to an atypical antipsychotic, a psychiatrist can adjust the medication and prescribe an older “typical” antipsychotic; these tend to have a few more side effects. However, some argue that the “typical” class tends to treat negative symptoms better, usually a psychiatrist will try a medication such as Clozapine as a second-line option if the initial medication is not effective.

If the person does not respond well to the medication, they may undergo electroconvulsive therapy, this involves a series of electrical shocks to the brain that induces a controlled attack. This is believed to help temporarily reset the brain and provide symptom relief and may help temporarily by changing brain activity and changing neurotransmitter levels. Some question the effectiveness of this treatment option.

There are some natural remedies for schizophrenia that can help address the symptoms, these are not remedies, but some work very well when used in conjunction with an antipsychotic medication. Most people with treatment-resistant or severe disorganized schizophrenia may consider adding a natural option to their existing treatment as a augmentation strategy.

If the individual with disorganized schizophrenia can function well enough to attend therapy, this could be very beneficial. Not only will the person get social interaction, but they will also be taught to deal with some of their symptoms, this can help reduce stress and improve future outcomes in certain people with this subtype.

In cases where the disease is not so severe, the person can attend skills training, this can help them learn to perform basic social functions, such as: taking care of themselves, participating in productive activities and, in some cases, maintaining a job. If the person’s medication works well enough to reduce symptoms, it is not unrealistic for the person to get a job or be productive.

If schizophrenia is suspected, a series of medical and psychological tests will be carried out to rule out other conditions.

The patient’s height, weight, pulse, blood pressure, and temperature are monitored. The doctor will also listen to the heart and lungs and check the abdomen to rule out other physiological causes.

To check alcohol and drug use, as well as thyroid function.

This imaging technique is used to look for brain lesions or other abnormalities in the structure of the brain, it can also be used to check brain function.

A physician or psychiatrist will check mental health status by asking patients about their thoughts, feelings, and behavior patterns, look for anything unusual in the patient’s appearance or behavior, and take a detailed family and personal medical history.