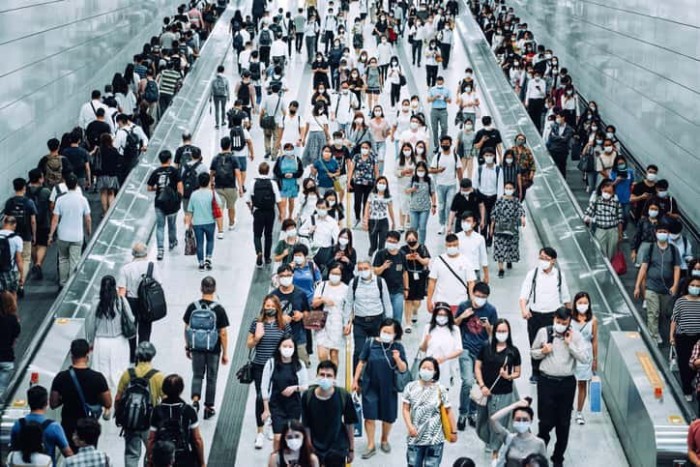 The fear of open spaces, also called agoraphobia , is what people suffer when they are outdoors, which generates in them anguish, anxiety and sweating in most cases, according to specialists. It is important to mention that those affected avoid the triggering situations and, in extreme cases, can no longer leave their own homes. Agoraphobia also occurs when people avoid long distances or traveling alone or generally due to fear.

All of these situations have the fear of losing control in common. For example, affected people fear that in the event of panic or potentially threatening physical conditions, they will not be able to escape quickly enough, that help is not available quickly enough, or that they will find themselves in embarrassing situations. Agoraphobia often occurs in conjunction with panic disorder .

The first diagnostic step is to clarify whether agoraphobia in an affected patient exists as an independent disease pattern or is a symptom of another underlying mental or organic disease.

In the past, the term agoraphobia was used exclusively out of fear of large public places.

Meanwhile, it also includes fear of other situations, so that according to ICD-10 at least two must be detectable as anxiety triggers:

It could be shown that from the 1st to the 4th group there was a continuous increase in the individual characteristics examined, such as the persistence of symptoms, the number of attacks, the number of years of illness, the severity of the individual episodes and the accompanying illnesses. In 2005 Kituchi of the University of Kanazawa in Japan examined 233 outpatients with panic disorder (99 men, 134 women), 63 without, and 170 with agoraphobia. The latter group had on average a prolonged panic disorder and a higher prevalence of a generalized anxiety disorder .

There were no differences in pronounced depressive episodes, severity of individual panic attacks, or gender distribution. It was also found that just over 40% of those who had developed panic disorder also had agoraphobia within 24 weeks and that this group did not differ in age or gender. A possible trauma should always be considered as a possible cause. Agoraphobia is among the possible mental disorders that can develop in addition to the classic symptoms of post- traumatic stress disorder (PTSD) and also among the symptoms of complex PTSD (comorbidity).

Agoraphobia is often mistakenly referred to as claustrophobia. However, this is more of a fear of space, although fears can also be situational. People affected by agoraphobia are afraid of large, open spaces and situations where they cannot escape or where help seems to be impossible.

How does agoraphobia manifest?

What treatment options are there?

In confrontational therapy or talk therapy, additional relaxing and calming medications or even antidepressants are usually used. These drugs have strong side effects. As soon as the first successes occur, the tablets are usually discontinued, so the relapse rate is very high and the patient quickly returns to agoraphobia.