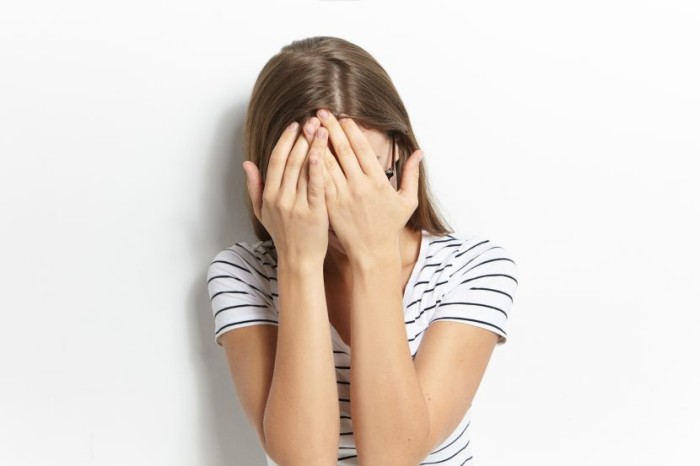 Fear of the new or neophobia is the fear of everything new, especially a persistent and abnormal fear. In its mildest form, it can manifest as an unwillingness to try new things or break from routine. In the context of children, the term is generally used to indicate a tendency to reject unfamiliar or new foods. Food neophobia, as it may be called, is a major concern in pediatric psychology.

Norwegian rats and house mice are believed to have developed increasing levels of neophobia as they have become commensal with humans because humans were devising new methods (for example, mouse traps) to eradicate them.

Neophobia is also a common finding in aging animals, although apathy could also explain, or help explain, the lack of exploratory drive consistently observed in aging. The researchers argued that the lack of exploratory drive was probably neurophysiologically due to dysfunction of neural pathways connected to the prefrontal cortex observed during aging.

Food neophobia in humans has been described as the fear of eating new or unfamiliar foods. It differs from selective eating disorder. Food neophobia is particularly common in toddlers and young children. It is often related to an individual’s level of sensation seeking, which means that the person is willing to try new things and take risks. People with high food neophobia not only resist trying new foods, but also classify the new foods they do taste as inferior to neophiles.

It is very typical that people are generally afraid of new things and prefer things that are familiar and common. Most people experience food neophobia to some degree, although some people are more neophobic than others.

One measure of individual differences in food neophobia is the Food Neophobia Scale (FNS), which consists of a 10-item survey that requires self-reported responses on a seven-point Likert scale. There is also a separate scale for children called the Food Neophobia Scale for Children (FNSC), in which parents are the ones who actually report the information for the survey.

In animals, food neophobia has been shown to be a short-term (minutes maximum) fear of novelty, which is a different form of dietary conservatism, the prolonged refusal to add a new food to the diet, which can last for many days or even years. Dietary conservatism has never yet been demonstrated in humans, although genetically influenced “picky eating” behavior in children resembles observed behavior in animals.

Food neophobia is related to the omnivore’s dilemma, a phenomenon that explains the choice that omnivores, and humans in particular, have between eating a new food and risking or avoiding danger and potentially missing out on a valuable food source. Having at least some degree of food neophobia has been shown to be evolutionarily advantageous, as it can help people avoid eating potentially poisonous foods.

You can also read: Fear Of Frogs: Causes, Symptoms, Overcoming

Causes of fear of the new

Psychosocial factors can also increase the chances that a child will develop food neophobia. Young children carefully observe their parents’ food preferences, and this can lead to neophobic tendencies regarding eating if parents tend to avoid certain foods.

Another cause includes being more sensitive than average to bitter flavors, which may be associated with a significant history of middle ear infection or increased perception of bitter foods, known as a superstar.

Sometimes food neophobia is caused more directly by an environmental event. For example, with poisoning-induced neophobia, an experience of food poisoning can lead to people not only avoiding the flavors they associate with creating their illness, but also avoiding all new flavors in the immediate aftermath. the experience of intoxication. This can be seen as the body’s attempt to prevent any new and risky foods from entering the body.

In addition to food poisoning, food neophobia is also due to the person associating a negative experience with new foods, for example, suffering from gastroenteritis or other gastrointestinal diseases after eating undercooked food.

Another environmental factor that influences levels of food neophobia is the current level of arousal of the individual. Trying a new food is an exciting experience, and if the person prefers to maintain a lower overall arousal level, then they might avoid new foods as a method of controlling their current arousal level.

Also, if people are currently experiencing very novel situations and are therefore more aroused, they may be reluctant to try new foods, as doing so would increase their arousal level to an uncomfortable level. This example can help explain why Americans visiting a foreign country are less likely to try a new food and instead lean toward the familiar McDonald’s meal.

Some efforts to address this, such as pressuring the child to eat a food he does not like or threatening to punish him for not eating it, tend to exacerbate the problem. Effective solutions include offering non-food rewards, such as a small sticker, for trying a new or disliked food, and having parents model the behavior they want to see by happily eating new or disliked foods in front of children.

Exposing someone to a new food increases the chances that they will like that food. However, just looking at a new food is not enough. New foods must be eaten repeatedly to increase the preference for consuming them.

It may take up to 15 attempts to try a new food before the child accepts it. There also appears to be a critical period to reduce subsequent food neophobia in children during the weaning process. The variety of solid foods that are exposed to children first can reduce food refusal later.

Some researchers believe that even a nursing mother’s variety of foods and the consequent variety of flavors in her breast milk can lead to greater acceptance of new foods later in life. Food neophobia tends to decrease naturally as people age.