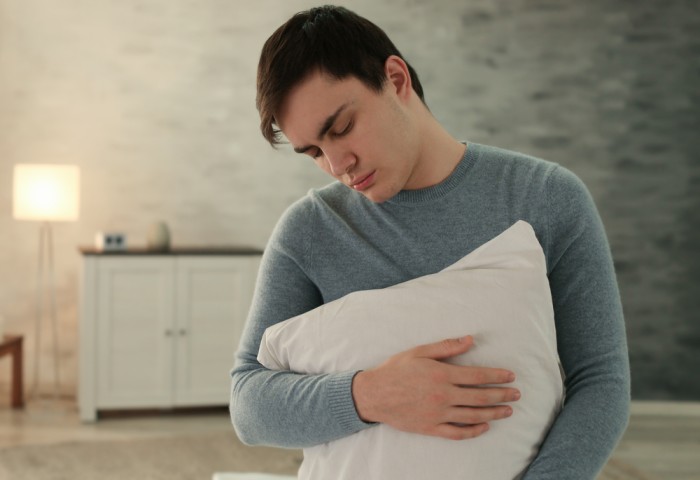 Sleepwalking also known as somnambulism, is a phenomenon of sleep and wakefulness combined, classified as a disorder of sleep belonging to the parasomnia family occurs during the step of slow-wave sleep, in a state of low consciousness, performing activities that are generally performed during a state of mindfulness, these activities can be as benign as sitting up in bed, walking to the bathroom, and cleaning, or as dangerous as cooking, driving, violent gestures, grasping hallucinated objects, or even homicides.

Although sleepwalking cases generally consist of simple and repeated behaviors, there are occasionally reports of people engaging in complex behaviors while sleeping, although their legitimacy is often disputed. Sleepwalkers have little or no memory of the incident, as their consciousness has been altered to a state where it is more difficult to recall memories, although their eyes are open, their expression is dim and glassy, ​​this can last from 30 seconds to 30 minutes.

It is much more common in children than adults and is more likely to occur if a person is sleep deprived, because a sleepwalker usually remains sound asleep during the episode, it can be difficult to wake him up, and he may not remember the incident. It also involves more than just walking during sleep; It is a series of complex behaviors that take place while you sleep, the most obvious of which is walking. It is a common misconception that it should not be awakened, in fact, it can be quite dangerous not to awaken a sleepwalker.

It is characterized by:

People can talk while sleepwalking, but it usually doesn’t make sense to the observer. The amnesia is linked to the event: when children walk asleep, usually do not remember anything of what happened during their sleepwalking episode. In adults, however, it can vary greatly; They can’t remember anything, they have a blurry memory, or they could remember events quite well.

In children, the cause is generally unknown, but it can also be related to fatigue, previous loss of sleep, fever, or anxiety . In adults, sleepwalking is usually associated with a disorder of the mind, interrupted sleep, or ineffective sleep (even from disorders such as sleep apnea ), it can also be seen with reactions to medications and / or alcohol use, and medical conditions such as complex partial seizures. In the elderly, it can be a symptom of organic brain syndrome or REM behavior disorders.

Usually no further examinations and tests are necessary, if sleepwalking is frequent or persistent, examination to rule out other disorders (such as complex partial seizures) may be appropriate, it may also be appropriate to undergo a psychological evaluation to determine causes such as excessive anxiety or stress , or medical evaluation to rule out other causes.

There are two subcategories of behaviors that can be classified as subtypes that are related to this sleep disorder:

Involving consuming food while asleep, these sleep eating disorders are often induced for stress- related reasons. Another main cause of this subtype is medication, like Ambien, for example. There are a few others, but Ambien is a much better sleep aid, because many sleepwalkers prepare the food they eat, there are risks involving burns from the oven and other appliances. Unsurprisingly, weight gain is also a common result of this disorder, because a frequently eaten food contains high carbohydrates. There are some medications that calm the sleeper so that you can get a longer and better quality rest, but activities such as yoga can also be done to reduce the stress and anxiety causing the action.

It should not be confused with alcohol or drug induced blackouts, which can lead to amnesia in events similar to sleepwalking. During an alcohol-induced blackout, a person can actively participate and respond to their surroundings (for example, having conversations or driving a vehicle), however, the brain does not create memories for the events. Alcohol-induced blackouts can occur with blood alcohol levels above 0.06 g / dl and a systematic review of the literature found that approximately 50% of drinkers have experienced memory loss during a drinking episode and have had negative consequences associated similar to sleepwalking, including injury and death.

Does sleepwalking need to be treated?

For children who are asleep more often, your doctor may recommend a treatment method called scheduled awakening, which works as follows: Over several nights, it records the time between when your child falls asleep and the onset of sleep. sleepwalking event, then during the following consecutive nights, disturb your child 15 minutes before the expected time of the event. You do not need to fully awaken the child, just disturb the sleep enough to wake the child briefly, this temporarily interrupts the sleep cycle and can abort sleepwalking in some cases.

Other helpful ways you can reduce sleepwalking events include the following:

Relax at bedtime by listening to soft music or relaxation tapes or CDs.

Establish regular nap and sleep times. Naps are important in the youngest child, this will eliminate lack of sleep, a known trigger for sleepwalking.

Reduce the amount of fluids you drink and be sure to go to the bathroom before going to bed (a full bladder contributes to sleepwalking).

Make sure the room is quiet, calm, comfortable, and dark enough.

If stress is thought to contribute to the problem, counseling can help. Hypnosis or biofeedback can also be studied.

In rare cases, doctors may prescribe medicine to help your child sleep.