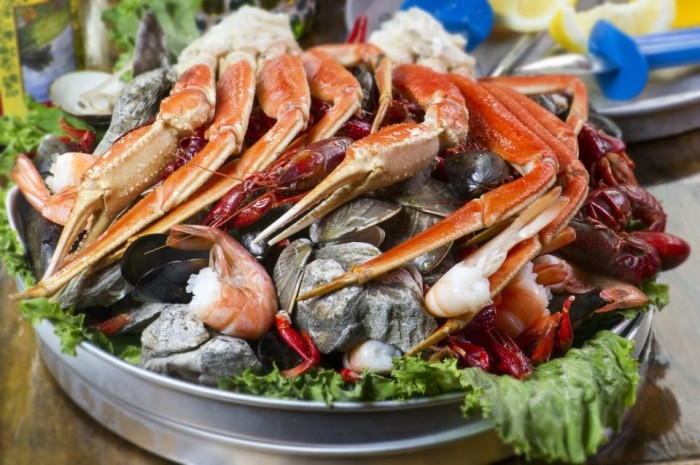 Fear of shellfish, also called ostraconaphobia , is quite common. For most people, this simply means a few minor dietary restrictions. In some cases, however, it can become life-limiting.

Causes of fear of seafood

The phobias to shellfish can generally, though not always, be divided into a few common themes. Some people have a deep fear of food poisoning, others of breaking religious dietary restrictions.

In some cases, the fear is of the texture or taste rather than the food itself. People who are allergic to shellfish often show strong fears when faced with foods that may contain shellfish, but since these fears are linked to a physical condition, they are not considered phobias.

However, some people are afraid of developing an allergic reaction to shellfish, even if they have never had such an allergy before.

You may also be interested in reading: Fear Of Houses: Causes, Symptoms And Treatments

Shellfish poisoning is a real threat, albeit a relatively rare one. According to the National Institutes of Health (NIH), there are three main types of shellfish poisoning: paralytic, neurotoxic, and amnesic . Although the prognosis is generally good, all three types can cause serious illness. Toxins are heat stable, so cooking doesn’t eliminate the threat.

If you’ve ever experienced shellfish poisoning, it’s understandable that you’re reluctant to risk eating shellfish again. Even if the poisoning happened to someone else, you may be afraid that it will happen to you next time. However, it is easy to take the healthy concern too far.

According to the NIH, there is some truth to the old wives’ tale that shellfish should not be eaten in months whose names do not contain an R.

Poisoning toxins are most active during the months of May through August, as well as during and just after a red tide. The NIH also states that these toxins are found primarily in clams, mussels, and oysters, and less commonly in scallops.

Other shellfish carry a much lower risk. Of course, the elderly, children, and those with pre-existing medical conditions should speak with their doctor before consuming any potentially risky foods.

As illustrated above, however, a problem can occur in those who were raised in strictly religious environments but no longer practice that religion.

Like religion-based phobias, food-related phobias can arise when formerly religious people try to eat or cook in restaurants or secular homes.

Many people make the transition easily, but if you are having trouble, consider seeking the help of a mental health professional or spiritual advisor in your new religion of choice.

According to our Food Allergy Guide, shellfish allergy is the most common food allergy among adults in the United States. Unlike most allergies, a shellfish allergy generally develops in adulthood and lasts for the life of the person with it.

Seafood products are used in a variety of mind-blowing applications, and allergic reactions can be severe and even life-threatening. Therefore, constant vigilance is medically necessary.

If you have an allergy, discuss your condition carefully with your doctor. Learn which foods to avoid and which to question, and decide together whether to carry an Epi-Pen. If you have a pen, make sure you know how to use it and carry it with you at all times.

Fear and disgust are often confused. In some types of phobias, including food phobias, some patients demonstrate revulsion rather than an actual fear reaction. Vegetarians and vegans, as well as those who were raised on restricted diets, may be more prone to disgust reactions to certain flavors or textures.

In many cases, shellfish phobias have little effect on daily life. It is entirely possible to enjoy a healthy and varied diet without ever consuming a bite of seafood.

However, this phobia can become life limiting. Whether you’re training to become a chef, cooking at a local restaurant, or just interested in broadening your culinary horizons, your fears may be worth overcoming .

Milder cases of shellfish phobia can often be overcome simply with progressive exposure. Sample seafood bites from a loved one’s plate or pick up a shrimp or two when filling your plate at a buffet. Allow yourself plenty of time to adjust and overcome any taste or texture issues .

If your phobia of seafood is more severe, or if your job or hobbies require you to quickly overcome the phobia, consider seeking professional help. Cognitive behavioral therapy can often make a significant difference in a very short period of time.