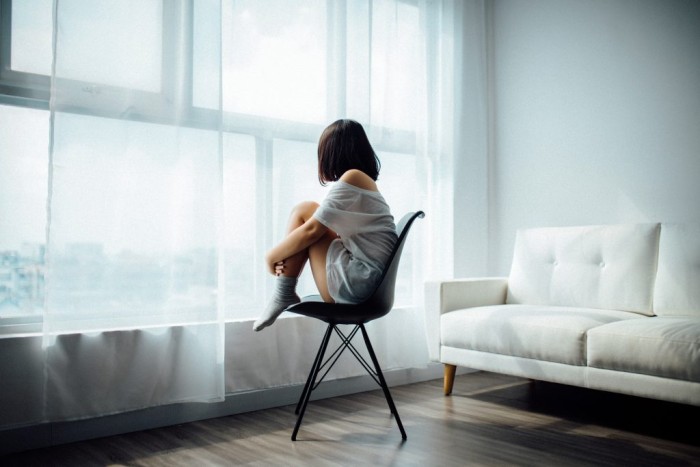 The disorder of personality by avoidance is a permanent pattern of anxiety and social timidity extreme, where sufferers experience persistent feelings of inadequacy, lack of self-confidence, inferiority, and unworthiness, have a tense attitude, they tend to be incredibly sensitive, especially to rejection, and consider themselves incapable of relating to others and of being socially successful.

This can be very distressing for sufferers, mainly because they fear embarrassment, blush, or criticism if they try to bond with others. As a result, affected people will try to withdraw from everyday social situations and seek jobs that involve little contact with other people.

Sufferers tend to be depressed and often show signs of other personality disorders, such as borderline, paranoid, schizotypal, and schizoid personality disorder; However, this disorder is very similar to social phobia. Ultimately it is treated more afraid of social intimacy than social situations.

They want to be in relationships and participate in fun social activities, but they lack the confidence and interpersonal skills needed to succeed in these situations. All of this makes treatment very challenging.

What are the symptoms that occur in avoidant personality disorder?

As mentioned above, people with this disorder will exhibit various common traits and characteristics. Although these can vary slightly from person to person, generally, the symptoms are pretty specific. However, this does not mean that someone showing signs of avoidant behavior has the disorder, as everyone from time to time may feel hypersensitive and antisocial, and just those exhibiting multiple traits may qualify for a diagnosis.

The most common symptoms are:

What are the causes of avoidant personality disorder?

No one knows precisely why someone develops a personality disorder of this type; the following can contribute to this and other diseases and phobias.

A twin study in Norwegian young adults indicated a heritability of 27% to 35% for this disorder. It is estimated that 83% of these genes are also related to other personality disorders.

Personality deficits develop mainly due to the inability to learn proper coping skills as they grow up. People who avoid do not know how to navigate social challenges in a way that benefits them or anyone they interact with. As a result, they continually rely on unhealthy coping mechanisms learned early in life.

Retrospective studies in adults with personality disorders have reported that 61% of these people suffered emotional abuse in the form of neglect as children. The researchers concluded that child neglect is a risk factor.

How can avoidance personality disorder be diagnosed?

Many people may experience characteristics of the disorder at some point in their lives; there is a specific criterion that health professionals must refer to determine whether or not someone has this condition. It is important to note that personality traits and characteristics only qualify as avoidable personality disorder symptoms when they begin to have a long-term negative impact on a person’s lifestyle, health, and well-being.

According to the Diagnostic and Statistical Manual of Mental Disorders (DSM-IV), at least four of the following criteria must be met to diagnose it accurately:

Professionals will also look for signs that someone is suffering from other mental health problems, including social phobias and mood and anxiety disorders; avoidant personality disorder usually occurs alongside these problems.

For example, people with depression may begin to withdraw from social situations and experience feelings of inadequacy and worthlessness, typical symptoms. Alternatively, isolation and insecurity occur as well.

How is avoidant personality disorder treated?

Psychotherapy is the most effective treatment; your therapist may use psychodynamic therapy and cognitive behavioral therapy; the goal of treatment is to help you identify your unconscious beliefs about yourself and how others see you and help you function better socially.

It is a form of talk therapy that helps you become aware of your unconscious thoughts. It can help you understand how past experiences influence your current behavior; this allows you to examine and resolve past emotional pain and conflict. You can move forward with a healthier perspective on yourself and how others view you.

The psychodynamics produce lasting results with benefits that continue after treatment.

It is another form of talk therapy where a therapist helps you recognize and replace unhealthy beliefs and thought processes and help you develop alternative and healthier thoughts. The cognitive-behavioral treatment is very effective in these cases.

No drugs have been approved to treat personality disorders. However, your doctor may prescribe antidepressant medication if you have concurrent depression or anxiety.