Skip to content
PsychoTreat > Psychological Theories > Functionalism – The Function Of The Mind: Definition And Types. 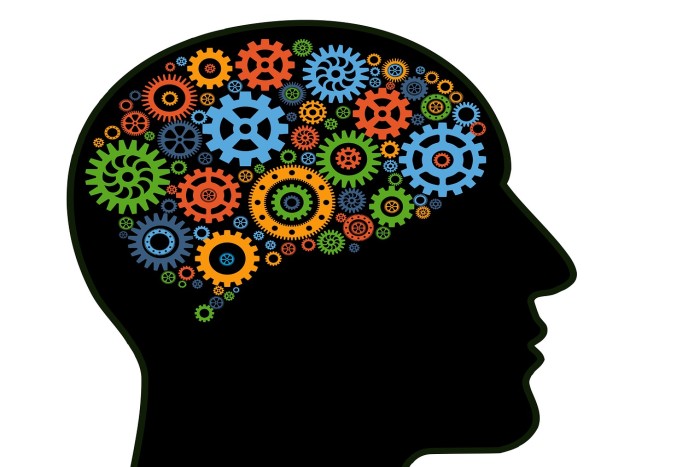 The functionalism , in psychology, is a comprehensive school of thought originated in the United States during the nineteenth century tried to counter school structuralism German by Edward B. Titchener directed. Functionalists, including psychologists William James and James Rowland Angell, and philosophers George H. Mead, Archibald L. Moore, and John Dewey, stressed the importance of empirical and rational thinking based on an experimental philosophy of trial and error. The group was more concerned with the capacity of the mind, than with the structural process of thought, therefore the movement was interested in the functionality of our mind (and its practical applications), rather than in its structure.

This doctrine defends that a thought, desire, pain (or any other type of mental state) has importance, not because of how it develops, but only because of its function or the role it plays. More precisely, functionalist theories try to understand what is the cause of a mental state by creating relationships with the stimuli that cause it, whether they are part of their own behavior, other emotions or external stimuli.

For example, a functionalist theory could characterize pain as a state caused by a bodily injury, to inform the body that there is something wrong in order to lessen that unpleasant state. According to this theory, all creatures with internal states that meet these conditions are capable of suffering, as a means of survival.

Since mental states are identified by a functional role, they are said to be performed on multiple levels, in other words, they can manifest in various systems, as long as the system performs the appropriate functions – following the example, pain is physically felt , but it can also produce a moan (sound), a decrease in physical activity and other series of manifestations that facilitate its function -.

Putnam’s early functionalist theories (1960, 1967) can be seen as a response to the difficulties faced by behaviorism as a scientific psychological theory, and as an endorsement of the (new) computational theories of mind that were increasingly becoming rivals. time with more force. This formulation maintains that our brain works beyond the stimulus – response, and that it is a complex system (like a computer) capable of “computing” different algorithms based on different functions or objectives. That is, it encourages the analogy between the mind and computing, analyzing it from a greater complexity and therefore in turn greater potential.

A second tension of functionalism derives mainly from the reflection on the objectives and methodology of «cognitive» psychological theories, with greater support for this line. In contrast to the insistence of behaviorists that the laws of psychology appeal only to behavioral dispositions (stimulus-response), cognitive psychologists argue that behavioral theories are the complex result of mental states and processes, introduced and individualized in term to the roles they play in creating behavior.

For example, a psychologist may begin to construct a theory of memory based on the existence of a ‘memory deficiency’, a process that may be responsible for effects such as memory loss or retention difficulties, but which in turn At the same time, it can be affected / mediated by another series of variables of the global system such as stress or emotion, increasing or decreasing this deficiency.

In a theory of this type, the neural process is not only an on-off machine, but a complex system that influences how it works, or the role it plays in the cognitive; its neuronal or chemical properties are relevant only to the extent that they allow this process to develop fully.

A third form of functionalism concerns the meanings of theoretical terms, this view is closely associated with David Lewis and is often referred to as analytical functionalism or conceptual functionalism. The basic idea is to provide physicalism with the technical tools that facilitate a further theoretical identification between mental states and physical states.

In the case of ordinary language terms , such as “belief,” “desire,” or “hunger,” the idea is that such terms get their meanings from our common-sense “popular psychological” theories, but that such conceptualizations are not enough. to supply the rigor imposed by the materialistic theories of reality and causality. Analytic functionalism, of course, has richer resources than logical behaviorism for such translations, since it allows reference to the causal relationships that a mental state has with stimulations, behavior, and other mental states.

It was developed largely by Daniel Dennett and has been championed by William Lycan, it arose in response to the challenges that Ned Block’s China Brain (a Chinese nation) and John Searle’s Chinese room thought the experiments presented for the more traditional forms. of functionalism.

In attempting to overcome the conceptual difficulties that arose from the idea of ​​a nation full of connected Chinese, each person working as a single neuron to produce in the connected ensemble the functional states of mind of an individual mind, many functionalists simply took the bullet, so on. say so, and argued that such a Chinese nation would have all the qualitative and intentional properties of a mind; that is, it would become a kind of systemic or collective mind with propositional attitudes and other mental characteristics.

Originally formulated and advocated by Gualtiero Piccinini and Carl Gillett independently, it augments previous functionalist versions of mental states by arguing that any psychological explanation must be presented in mechanistic terms, that is, rather than mental states receiving a purely functional explanation in In terms of their relationships with other mental states, such as those listed above, functions are considered to play only one part, the other part is interpreted by structures- of the explanation of a certain mental state.

Difference between structuralism and functionalism

Structuralism could be considered as the first formal theory in psychology that separated it from biology and philosophy in its own discipline. Structural psychology was first described by Tichener, a student of Wilhelm Wundt. Wundt created the first psychological laboratory, so Tichener’s ideas were greatly influenced by the work done there (Goodwin, 2008).

Structuralism or structural psychology was an approach that attempted to analyze the human mind by establishing basic units within it. The study of the mind was carried out through introspection to establish the link between different internal experiences, such as feelings or sensations. Structuralism was the approach that led to the creation of the first psychological laboratory and the first attempts at a scientific study of the human mind, yet the problem with structuralism was that it relied on an inherently subjective technique: introspection.

Participants had to focus on their feelings and sensations to report them to the experimenters, however this approach relied only on subjective measures, limiting the precision of this approach (Goodwin, 2008).