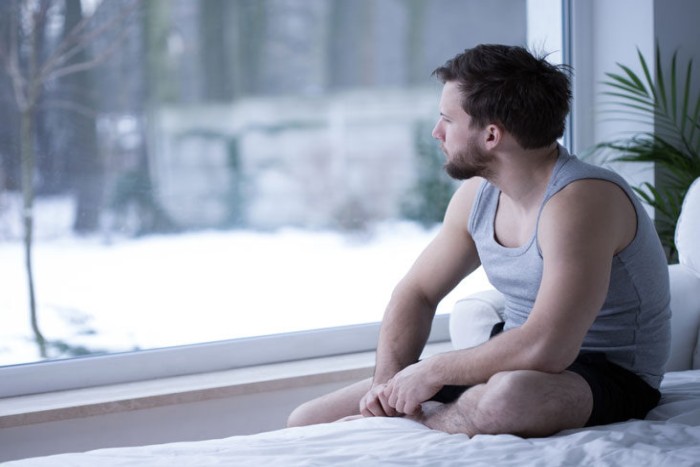 The Psychotic depression is a subtype of major depression that occurs when a severe depressive illness includes some form of psychosis and this may be hallucinations (such as hearing a voice that tells you you’re no good or worthless), delusions (such intense feelings of worthlessness , failure or having committed a sin) or some other break with reality. Psychotic depression affects about one in four people admitted to the hospital for depression.

What is psychotic depression?

Psychosis is characterized by a loss of contact with reality, symptoms of psychosis include delusions, false beliefs, false perceptions and hallucinations, or seeing and hearing things that are not present. Some people develop false beliefs about their own health, such as believing that they have cancer when in fact they do not, others hear voices that criticize them and say things like “you are not good enough” or “you do not deserve to live.” These delusions and hallucinations seem real to the person who is experiencing them, sometimes they can cause someone to become so terrified that they hurt themselves or others, that is why it is critical that a person with psychotic depression seek help as soon as possible. .

People with this depression have symptoms of major depression along with psychosis.

Symptoms of major depression include:

Delusions and hallucinations almost always reflect the person’s deeply depressed mood; for example, they may be convinced that they are guilty of something or have committed a crime.

The cause of psychotic depression is not fully understood, it is known that there is no single cause of depression, and it has many different triggers. For some, stressful life events such as grief, divorce, serious illness, or financial worries may be the cause.

Genes probably play a role, as severe depression can run in families, although it is not known why some people also develop psychosis. Many people with psychotic depression will have experienced adversity in childhood, such as a traumatic event.

The different causes often combine to trigger depression. For example, you may feel depressed after being ill and then experience a traumatic event, such as grief, that causes depression.

People often speak of a “downward spiral” of events that lead to depression. For example, if your relationship with your partner breaks down, you are likely to feel bad, you may stop seeing your friends and family, and you may start drinking more, all of this can make you feel worse and trigger depression.

Some studies have also suggested that you are more likely to have depression as you age, and that it is more common in people living in difficult social and economic circumstances.

Some of the potential triggers for depression are discussed below:

Most people take the time to come to terms with stressful events, such as grief or breaking up in a relationship.When these stressful events occur, your risk of becoming depressed increases if you stop seeing your friends and family and try to work out your problems. problems on your own.

You may be more vulnerable to depression if you have certain personality traits , such as low self-esteem or being overly self-critical, this may be due to the genes you have inherited from your parents, your early life experiences, or both. Read more information about personality.

If someone in your family has had depression in the past, such as a parent, sister, or brother, they are more likely to develop it as well.

Some women are particularly vulnerable to depression after pregnancy. Hormonal and physical changes, as well as the added responsibility of a new life, can lead to postnatal depression.

Staying separated from your family and friends can increase your risk of depression.

When life is getting them down, some people try to cope by drinking too much alcohol or taking drugs , this can lead to a spiral of depression. Cannabis can help you relax, but there is evidence that it can also lead to depression, especially in teens.

“Drown your sorrows” with a drink is also not recommended, alcohol is classified as a “strong depressant”, which actually worsens depression.

You may be at higher risk for depression if you have a long-term or life-threatening illness, such as coronary heart disease or cancer.

Head injuries are also often an underrecognized cause of depression, a serious head injury can trigger mood swings and emotional problems. Some people may have an underactive thyroid (hypothyroidism) as a result of problems with their immune system. In rarer cases, a minor head injury can damage the pituitary gland, which is a pea-sized gland at the base of your brain that produces thyroid-stimulating hormones.

This can cause a number of symptoms, such as extreme tiredness and a lack of interest in sex (loss of libido), which in turn can lead to depression.

How is psychotic depression diagnosed?

Psychotic depression is a serious illness that can lead a person to harm themselves or others, a person experiencing psychotic symptoms or a caregiver witnessing psychotic episodes should contact a mental health professional immediately.

The first thing they will do when diagnosing psychotic depression is perform a physical exam and ask questions about the person’s symptoms and medical history, they will also likely perform blood and urine tests to rule out other possible medical conditions. If the person has a family history of bipolar disorder, they can also detect manic or hypomanic episodes, such an evaluation does not necessarily confirm or rule out the possibility of bipolar disorder, but it can help avoid a misdiagnosis.

They may suspect psychotic depression if the person is experiencing symptoms of major depression and psychosis, however it can be difficult for primary care providers to make a definitive diagnosis. Symptoms of psychosis may not be noticeable, and people do not always report that they are experiencing delusions or hallucinations, in these cases referral to a psychiatrist is indicated.

To be diagnosed with major depression, a person must have a depressive episode that lasts two weeks or more, they must also have five or more of the following symptoms:

How is psychotic depression treated?

There are currently no approved treatments specifically for psychotic depression, however the condition can be treated with a combination of antidepressant and antipsychotic medications or with electroconvulsive therapy. As with any other mental disorder, individuals and their families should discuss all treatment options with their healthcare provider or mental health professional.

Most mental health professionals will prescribe a combination of antidepressants and antipsychotics, these medications affect neurotransmitters in the brain that are often out of balance in people with psychotic depression. In many cases, a selective serotonin reuptake inhibitor, such as fluoxetine (Prozac), is used along with one of the following antipsychotics:

However, these drugs often take several weeks or months to be most effective.

Some people with psychotic depression may not respond to medications as well as others. In these cases, electroconvulsive therapy may be necessary to alleviate symptoms, also known as electroshock therapy, it has been shown to be a safe and effective treatment for people with suicidal thoughts and symptoms of psychotic depression. During this, which is usually performed by a psychiatrist, electrical currents in controlled amounts are sent to the brain, creating a mild seizure, which affects the levels of neurotransmitters in your brain.

In severe cases of psychotic depression, hospitalization may be necessary for a few days, especially if suicide attempts have been made.