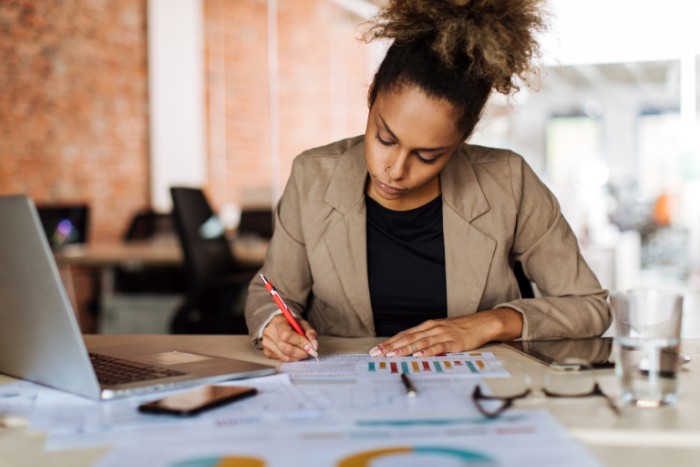 Vroom’s expectation theory assumes that behavior results from conscious choices between alternatives whose purpose is to maximize pleasure and minimize pain, along with Edward Lawler and Lyman Porter, Victor Vroom suggested that the relationship between people’s behavior in the The work and its goals were not as simple as other scientists first imagined. Vroom realized that an employee’s performance is based on individual factors, such as personality , skills, knowledge, experience, and abilities.

What is Vroom’s expectation theory?

This theory proposes that an individual will behave or act in a certain way because they are motivated to select a specific behavior over other behaviors due to what they expect to be the result of that selected behavior. In essence, the motivation for the selection of the behavior is determined by the desirability of the result, however, at the center of the theory is the cognitive process of how an individual processes the different motivational elements, this is done before making the last decision . The result is not the only determining factor in making the decision of how to behave.

The theory of expectations is about the mental processes related to choice, it explains the processes that an individual undergoes to make decisions. In the study of organizational behavior, expectation theory is a theory of motivation first proposed by Victor Vroom of the Yale School of Management.

The theory suggests that although individuals may have different sets of goals, they may be motivated if they believe that:

The expectation theory of motivation provides an explanation for why an individual chooses to enact one specific behavior rather than another. This cognitive process assesses the motivational strength (FM) of the different behavioral options based on the individual’s perception of the probability of achieving the desired result. Therefore, motivational strength can be summarized by the following equation:

The expectation refers to the “effort-performance” relationship, therefore, the individual’s perception is that the effort they will put in will result in the achievement of the “performance”. This cognitive assessment is heavily weighted by past experiences, personality, self-confidence, and the emotional state of the individual.

Instrumentality refers to the “performance-reward” relationship. The individual assesses the probability or probability that achieving the performance level actually results in the achievement of the reward.

This reward can come in the form of a raise, promotion, recognition or sense of accomplishment, the instrumentation is low when the reward is the same for all the performances given. Another way that the instrumental results work is the commissions, with the performance of the commissions is directly correlated with the result (how much money is earned), if the return is high and a lot of goods are sold, the more money the person will earn.

Factors associated with the instrumentality of the individual for outcomes are trust, control, and policies:

For example, if you have a team of people who are already well paid for their efforts, those employees might prefer to receive time off rather than a bonus check. The best way to know what kinds of rewards will motivate your team is to simply ask, by getting an idea of ​​the types of rewards that will make your employees work hard day after day, you can be sure to tailor your offerings to their wishes.

Valence is characterized by the extent to which a person values ​​a certain result or reward, this is not a real level of satisfaction but the expected satisfaction of a particular result.

Valence refers to the value that the individual personally assigns to rewards. -1 → 0 → +1.

For the valence to be positive, the person must prefer to achieve the result.

As the Motivational Force (FM) is the multiplication of the expectation by the instrumentality, then it is by the valence that any perception that has a value of zero or the feeling of the individual that “it will not happen”, will result in a motivation zero force.

Management, for example, can deal with different situations as follows:

Expectation of low performance and effort

Reasons: Lack of necessary skills and training so workers don’t know that their extra efforts will lead to better performance.

What to do:  Management should provide skills-enhancing training opportunities to improve the performance-to-effort ratio.

Reasons: The reward policy may be inconsistent and may depend on factors other than performance that the worker may be unaware of or may not consider fair.

What to do:  Management must re-evaluate evaluation techniques and formulate policies that strengthen this relationship as fair and equitable.

Reasons: Rewards may not be desirable for workers. Some workers may find monetary rewards desirable, while others may value recognition more.

What to do:  Management should investigate the appropriateness of performance-based rewards.

Vroom’s theory has become very popular and has provided an alternative to content theories, which he claimed were inadequate explanations of a complex process of work motivation.

The positive points of this theory are:

(i) The expectation model is very useful to understand organizational behavior, it can improve the relationship between the individual and the organization’s objectives. This model explains how individual goals influence their efforts and they like needs-based models to reveal that individual behavior is goal-oriented.

(ii) The expectation theory is a cognitive theory that values ​​human dignity, individuals are considered rational human beings who can anticipate their future based on their beliefs and expectations.

(iii) This theory helps managers to look beyond what Maslow and Herzberg implied, according to them, motivation does not mean satisfying unmet needs. Managers must make it possible for an employee to see that such effort can result in an appropriate need for satisfactory rewards; this level of expectations will enhance motivation to work.

Despite these positives, there are some drawbacks to Vroom’s expectation theory as follows:

(i) Vroom’s theory is difficult to research and apply in practice, this is evident from the fact that there have been very few research studies specifically designed to test Vroom’s theory.

(ii) This theory assumes that man is a rational human being who makes all decisions consciously, but there are numerous cases where decisions are made without conscious thought, this is particularly true for routine jobs.

(iii) Although it is an important theory of motivation, but it is quite complex. Many managers, in real organizational situations, do not have the time or the resources to use a complex system at work, it can be said that from a theoretical point of view, this model is a step in the right direction, but from a point of view In practical terms, it does not help the manager to solve the complex motivational problem.

Critics of the expectation model include Graen (1969), Lawler (1971), Lawler and Porter (1967), and Porter and Lawler (1968). Their criticisms of the theory were based on the fact that it was too simplistic in nature, these critics began to make adjustments to Vroom’s model.

Edward Lawler claims that the simplicity of the expectation theory is misleading because it assumes that if an employer makes a reward, such as a bonus or financial promotion, attractive enough, the employees will increase their productivity to get the reward, however this alone It works if employees believe that the reward is beneficial to their immediate needs.

For example, a $ 2 increase in salary may not be desirable for an employee if the increase pushes her into a tax bracket where she believes her take-home pay is reduced, which is actually impossible in the United States with caps. marginal taxation. Similarly, a promotion that provides higher status but requires more hours can be a deterrent for an employee who values ​​evening and weekend hours with their children.

In addition to that, if someone is promoted to the armed forces or security agencies, there is a mandatory condition for such promotions, that they will be transferred to other locations. In such cases, if the new place is far from their permanent residence, where their family resides, they will not be motivated by such promotions, and the results will be the other way around, because the result that this reward (promotion) will yield cannot be valued by those who they receive it.