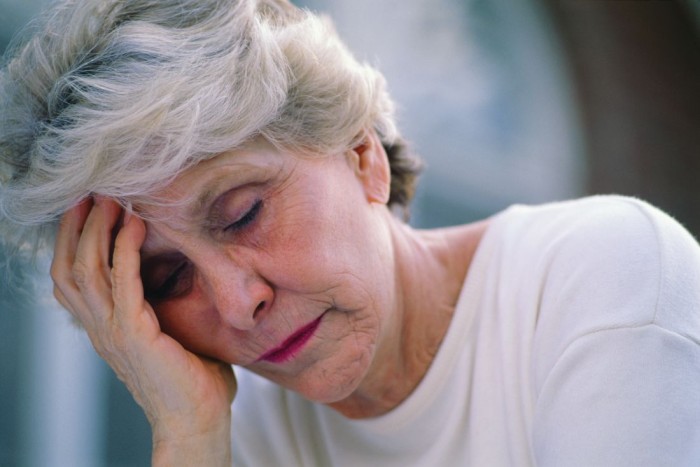 Transient epileptic amnesia is a common disorder defined by a sudden onset of amnesia retrograde and anterograde lasting less than 24 h, with episodes typically lasting between 2 and 12 h. Its pathophysiology remains unclear, and several mechanisms have been postulated, such as focal ischemia, epileptic phenomenon, and, more recently, venous congestion. Its onset is more common after 50 years of age, and the episodes are usually single with a mean annual recurrence rate of 4-5%. Differential diagnosis includes transient ischemic attack of the posterior cerebral artery, transient epileptic amnesia (TEA), hypoglycemia, and dissociative leak.

It is a rare but probably underdiagnosed neurological condition that manifests as relatively brief and usually recurrent episodes of amnesia caused by the underlying temporal lobe epilepsy. Although descriptions of the disease are based on fewer than 100 published cases in the medical literature, the most extensive individual study included 50 people with this amnesia, which offers considerable theoretical importance as theories of human memory intent. To reconcile its implications.

A person who experiences an episode of this amnesia has very little short-term memory, so there is great difficulty remembering events in the last few minutes (anterograde amnesia) or events in the hours before the attack. Even memories of events Important in later years may not be accessible during the amnesic event (retrograde amnesia).

Some people report short-lived retrograde amnesia so profound that they do not recognize family or home, although personal identity is preserved. The amnesic attack has a sudden onset; three-quarters of cases are reported upon awakening. In episodes that begin when an individual is vigilant, olfactory hallucinations or a “strange taste” or nausea have been reported. Slightly less than half of the cases include olfactory or gustatory hallucinations, and a little more than a third involve motor automatisms.

A quarter of attacks involve a short period of non-response. Often, however, there is no warning.

The person’s cognitive functions are generally not affected; perception, communication, and attention are typical. In half of the reported cases, the behavior includes repetitive questions to guide the experience as the brain cannot establish new memories or recall a series of recent incidents.

The website of the UK-based organization The Impairment of Memory in Epilepsy (TIME) describes an attack this way:

During an attack, the person usually cannot remember things that have happened in the last days or weeks. Sometimes memory loss can affect events much further back in the past. Also, the person often finds it difficult to retain new information and may ask the same question, such as “What day is it?” or “What are we supposed to do today?” repetitively. However, there is no loss of personal identity, and close friends or relatives are generally recognized.

The physical appearance of the person usually is unchanged. Observers may, however, notice some pallor of the skin, a brief “loss of contact” such as not appearing to be aware of the person witnessing the attack, or some automatic movements such as swallowing, kissing the lips, or moving the hands. . In most cases, however, the person responds appropriately to the situation in which they find themselves. They have conversations and can continue with activities like getting dressed, walking, or even playing golf.

The attacks usually last 20 to 60 minutes. Some spells can last less than five minutes. Much longer attacks have been reported; In the 2007 study of 50 cases of transient epileptic amnesia, one lasted four days, and the other lasted two days. Such unusual presentations “may be due to constant seizure activity (non-convulsive status epilepticus) or persistent post-ictal dysfunction of memory-related brain structures.”

As the amnesia resolves, the person may remember very little about it, although some memory of the fact of an episode may be retained. Of more significant consequence than this brief gap are three persistent memory complaints common among people who have experienced it: difficulty remembering recently acquired knowledge (accelerated forgetting); difficulty remembering events in personal life over decades (autobiographical amnesia); and difficulty with spatial memory, remembering routes or places and the navigational cues that are associated with them (topographic amnesia), discussed below.

Transient amnesia can be the primary manifestation of epilepsy. However, this diagnosis “is rarely suspected by physicians and remains controversial.” It is almost always misdiagnosed. In the most extensive study (2007), “epilepsy was the initial specialist diagnosis in only 12 of 50 cases.”

The diagnosis is further complicated because only over a third of cases have positive readings after the attack. However, this amnesia tends to recur at an average rate of 12 times a year; witnesses and doctors can recognize the condition retroactively; the mean delay to diagnosis in the 2007 study was 12 months.

Transient epileptic amnesia is a form of focal seizure, “the most common variety of adult-onset epilepsy,” instead of the stereotypic tonic-clonic or grand mal seizure in which affected individuals experience loss of consciousness and seizures. Diagnostic criteria for the disorder were adopted in the 2007 study of 50 cases that emphasized the clinical features that distinguish it from transient global amnesia, with which it is often compared:

A history of attested recurrent episodes of transient amnesia. In some people, they are scarce (less than one per year), while others experience them as often as once a week. The episodes are usually very similar to each other.

Cognitive functions are other than memory that a reliable witness considers intact during typical episodes. In addition to the complex learned behaviors cited above by the TIME organization, reports include people with this amnesia reading music and playing the piano, translating languages, driving, or sailing on a yacht on the high seas.

Evidence of a diagnosis of epilepsy based on one or more of the following:

Memory difficulties are one of the most common problems for people with epilepsy, and “75% of patients report persistent memory impairment.” Other studies suggest that the rate exceeds 80%, people who have had frequent attacks report three types of persistent problems with memory:

Importantly, standard neuropsychological tests do not detect these types of memory difficulties.

It can be described as the abnormally rapid loss of recently learned material from memory. People who have experienced this type of amnesia often have difficulty remembering information for days or weeks, even if this information was initially known well. Although accelerated memory loss is reported in 44% of patients, standard memory tests do not detect it.

These tests typically examine the ability to store information for up to 30 minutes, but the problem of long-term accelerated forgetting is generally not noticeable at this time. It becomes apparent over the next few days and weeks. A recent study indicated that the acquisition of current daily events may be typical after a 30-minute delay, but that within 24 hours, patients recall significantly less information than age. Several non-mutually exclusive hypotheses have been proposed to explain why patients experience accelerated forgetting.

Seizures commonly occur upon waking, suggesting a link between amnesia and sleep. Abnormal electrical activity during sleep may disrupt the memory consolidation process that generally occurs when we sleep. Ongoing subclinical crisis activity has exciting implications for theories of memory consolidation

It’s possible that a pre-existing condition affecting the temporal lobe can cause seizures and interfere with memory management. “Alternatively, the events could lead to structural damage within the hippocampus or related structures, disrupting union in the long term.”

One study found “subtle loss of hippocampal volume” in patients, suggesting “a more diffuse physiological basis rather than b consequence of structural damage.”

Antiepileptic drugs sometimes affect memory. However, this is unlikely to be the cause, as they tend to report memory problems before starting antiepileptic medications and may experience improvement in their memory after taking them.

Research has reported that low mood and low self-esteem are associated with memory problems. These are essential factors when investigating patients with epilepsy in general. However, they do not play a significant role in accelerated forgetting.

70% of people with epileptic amnesia notice an irregular. Still, the persistent loss of memories of events from their past personal experiences and this autobiographical amnesia have been reported in cases where accelerated forgetting was also present. This memory loss can occur in people whose ability to acquire new memories is intact.

These memory deficits have been shown to extend throughout life. There are significant deficiencies in a wide range of different types of contextual information, including details of event, place, perception, and thought / emotion.

Reported in 36% of cases, topographic amnesia refers to a person’s inability to remember the spatial cues necessary to navigate previously familiar terrain or, in some cases, new places. People with this symptom get lost or confused with instructions in circumstances where they could easily find their way before. This symptom is problematic for the generally accepted hippocampal loci of the memory dysfunctions of transient epileptic amnesia; Such spatial information is generally believed to reside in other neuroanatomical structures.

Implications for theories of memory about transient epileptic amnesia. 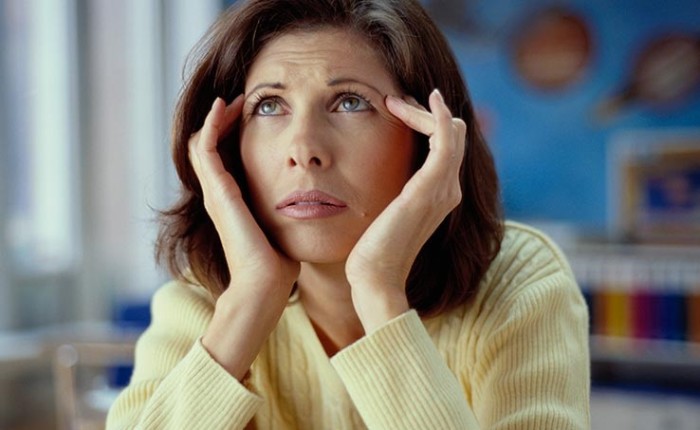 These forms of memory deficit raise questions about the nature of memories in neuroanatomy and how conflicting observations can be reconciled with standard or multiple trace models. It has been observed that “People with temporal lobe epilepsy provide a natural laboratory for studying human memory.”

This amnesia is like a form of temporal lobe epilepsy. It is of particular interest as one must consider both the loss of long coded memories (up to 40 years or the entire life) and the simultaneous failure of newly coded memories, but not immediately to the short term. The problem of topographic amnesia appears to involve parts of the brain that are generally not associated with other symptoms. Different types of memories with different neuroanatomical loci are often considered, so a model to explain both conditions with one etiology is difficult to achieve.

There is support in the pattern of these deficits for dissociating between the mechanisms that serve anterograde memory and those necessary to evoke remote episodic memories and reinforces the evidence for a dissociation between knowledge of the public and personal events.

The stability of some memories further suggests that retrograde amnesia, as it is called, may be due to the erasure of representations rather than a faulty retrieval mechanism. Whether the epileptic activity is responsible for this phenomenon requires further investigation. A problem raised by this hypothesis includes whether the reported amnesia predates the seizure of epileptic amnesia and is possibly due to prior subclinical epileptic activity; it also highlights a variety of methodological concerns about amnesia studies mainly based on single case studies and cases with variable etiologies.

A central concern in memory consolidation theories is the role of sleep.

It responds well to low doses of medications used to treat epilepsy (such as carbamazepine, lamotrigine, or sodium valproate), resulting in a cessation of seizure activity in 45 of 47 patients. Medicated patients with ongoing seizures experienced them less frequently. However, recovery of lost memory is not reported, although there are suggestions that the rate of memory impairment could be reduced with these medications.