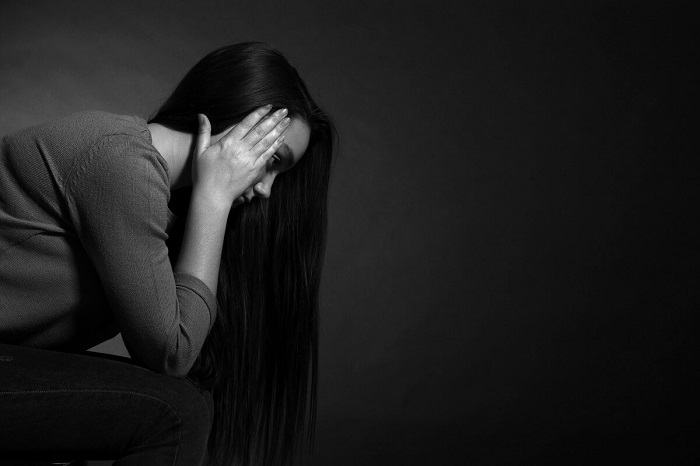 Suicide is a significant public health problem and one of the leading causes of death in the United States. The effects of suicide go beyond the person acting to take their life: it can have a lasting impact on family, friends, and communities.

It is defined as intentionally taking one’s own life, which tends to have different characteristics depending on the culture. Historically, and even today in some places, suicide is considered a criminal offense, a religious taboo, and, in some cases, an act of honor.

Speaking, suicide or consummated suicide is the successful act of intentionally causing one’s death; the suicide attempt is an attempt to take one’s life that does not end in death, but in self-harm, assisted suicide, a controversial topic In the medical field, it is defined as an individual who helps another individual to cause his death by providing him with the means to carry it out by advising on how to do it.

Suicide is the 10th leading cause of death globally, and the rates are higher in men than in women, with men up to four times more likely to commit suicide.

According to Durkheim, the term suicide applies to all causes of death resulting directly or indirectly from the victim’s positive or negative act, which he knows will produce this result.

In his opinion, suicide comes in four types:

It reflects a prolonged sense of not belonging, of not being integrated into a community; this absence can lead to a lack of meaning, apathy, melancholy, and depression.

Durkheim calls such a detachment “excessive individuation”; they are those people who are not sufficiently attached to social groups (and therefore well-defined values, traditions, norms, and goals) are left with little social support or guidance and thus, are more likely to commit suicide. He found that suicide occurred more frequently among single people, especially single men, who had fewer ties and connected them with stable social norms and goals.

It is characterized by a feeling of being overwhelmed by the goals and beliefs; it occurs in highly integrated societies, where individual needs are considered less important than the community’s needs as a whole. Therefore, they appear on the opposite integration scale as selfish suicide, as personal interest would not be considered significant; Durkheim stated that in a charitable society, there would be little reason for people to commit suicide.

It reflects an individual’s moral confusion and lack of social direction related to dramatic social and economic upheaval. It is the product of moral deregulation and the lack of definition of legitimate aspirations through a restrictive social ethic, which could impose meaning and order on the individual conscience.

People do not know where to fit within their societies; Durkheim explains that this is a state of moral disorder in which people do not know the limits of their desires and are constantly in a state of disappointment; this can occur when they go through extreme changes in wealth; While this includes financial ruin, it can also include windfall gains: in both cases, previous life expectations are put aside, and new expectations are needed before they can judge their unique situation about the new limits.

It occurs when a person is excessively regulated when his future is relentlessly blocked, and passions are violently strangled by oppressive discipline. It is the opposite of anomic suicide, and it occurs in societies so oppressive that their inhabitants would rather die than life. For example, some prisoners may rather die than live in prison with constant abuse and excessive regulation.

These four types of suicide are based on the degrees of imbalance of two social forces: social integration and moral regulation. Durkheim pointed out the effects of various crises on social aggregates: war, for example, leading to increased altruism, economic boom, or disaster contributing to anomie.

Though suicide can occur when a person feels that he can no longer cope with an overwhelming situation, this could be due to financial problems, the death of a loved one, a broken relationship, or a devastating illness or debilitating.

The most common situations or life events that can cause suicidal thoughts are grief, sexual abuse, financial problems, remorse, rejection, relationship breakdown, and unemployment.

The most frequently cited risk factors include psychiatric disorders, genetics, substance abuse, and family and social situations. Often psychiatric elements and substance abuse coexist; access to weapons and other suicide methods increases the risk. For example, suicide rates in homes with firearms are higher than those without them.

Behind the above disorders, substance abuse ranks second among risk factors for suicide. Statistics indicate that alcoholism is present at death in up to 61% of completed suicide cases; heroin and cocaine use is also a common risk factor for suicide. Consumption has not been found of cannabis to increase the risk of suicide among users.

Genetics are thought to play a role in suicide risk; for example, family history indicates an increased risk of suicide among other family members, who account for up to 55% of suicidal behaviors.

Family and socio-economic problems also contribute to risk, unemployment, homelessness, poverty, child sexual abuse, social isolation, loss of a loved one, and other stresses in life that can increase the likelihood of suicide. Sexual abuse is believed only to contribute 20% of the overall risk.

A person who is experiencing or could experience suicidal thoughts may show the following signs or symptoms:

Many people with suicidal ideation keep their thoughts and feelings secret and show no signs that something is wrong.

It is the most used and predominant means in societies. When hanging, the subject uses some ligature, such as a rope or cord, to form a string (or loop) around the throat, with the opposite end secured, depending on the location of the rope and other factors; the subject strangles. In the event of death, the actual cause often depends on the duration of the fall; that is, the distance the issue falls before the rope is taut.

Failed results usually have severe damage to the trachea and larynx, damage to the carotid arteries, the spine, and brain damage due to brain anoxia.

It is a standard method; in general, the bullet will target a range at point-blank range, often in the mouth, under the chin, or in the chest.

A failed suicide attempt can lead to severe chronic pain for the patient and reduced cognitive and motor abilities, subdural hematoma, foreign bodies in the head, pneumocephalus, and cerebrospinal fluid leaks.

Suicide by suffocation inhibits the ability to breathe or limits oxygen consumption while living, leading to hypoxia and suffocation. This may involve a plastic bag fixed over the head or confinement in a closed space without oxygen; these attempts involve depressants to make the user pass out due to lack of oxygen before instinctive panic and the need to escape due to hypercapnic alarm response.

Someone can’t commit suicide simply by holding their breath; as the oxygen level in the blood drops too low, the brain sends an involuntary reflex, and the person breathes when the respiratory muscles contract, even if one can overcome this response to the point of losing consciousness, in this condition it is no longer possible to control breathing, and a regular rhythm is restored.

Wrist cutting is sometimes practiced for self-harm and not suicide; however, if bleeding is profuse or continued uncontrolled, cardiac arrhythmias may occur, followed by severe hypovolemia, shock, circulatory collapse, or cardiac arrest, and death, in that order.

In a failed suicide attempt, the person may experience an injury to the tendons of the extrinsic flexor muscles or to the ulnar and median nerves that control the powers of the hand, which can cause a temporary or permanent reduction in blood pressure. Victim.

It deliberately immerses yourself in water or other liquid to prevent breathing and deprive the brain of oxygen. Due to the body’s natural tendency to breathe, choking attempts often involve the use of a heavy object to overcome this reflex; as the level of carbon dioxide in the victim’s blood increases, the central nervous system dispatches the respiratory muscles an involuntary signal to contract, and the person breathes water.

Death generally occurs when the oxygen level becomes too low to support brain cells. It is one of the less common methods of suicide, usually accounting for less than 2% of all reported suicides in the United States.

Jump from the height

It is the act of jumping from high altitudes, such as a balcony or roof of a high-rise building, cliff, levee, or bridge. This method, in most cases, has severe consequences if the attempt fails, such as paralysis, organ damage, and bone fractures.

It involves using a lethal electric shock to kill yourself; this causes arrhythmias of the heart, which means that the heart does not contract in sync between the different chambers, essentially forcing the elimination of blood flow. In addition, depending on the amount of electrical current, burns can also occur.

Suicide can be committed by using fast-acting poisons, such as hydrogen cyanide or substances that are known to be highly toxic to humans. Poisoning through poisonous plants is usually slower and relatively painful.

Is it possible to prevent suicide?

Family and friends can tell through a person’s speech or behavior that they could be at risk. They can help by talking to the person and seeking appropriate support, such as a doctor.

The National Institute of Mental Health suggests the following tips to help someone who may be going through a crisis: