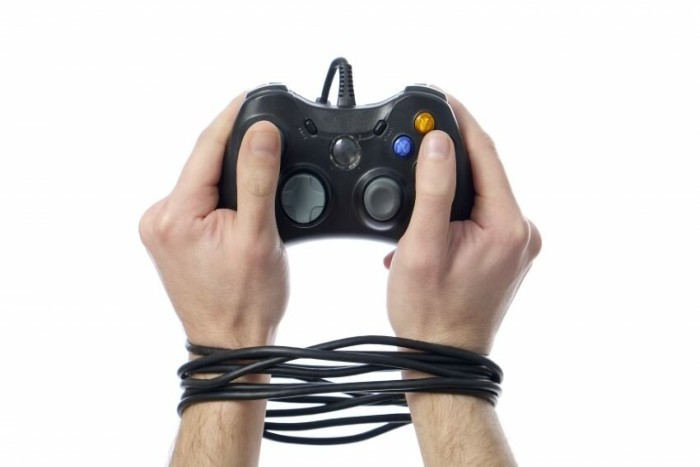 Although the American Medical Association does not yet recognize it as a diagnosable disorder, video game addiction is a very real problem for many people. According to the University of New Mexico, recent studies suggest that between 6 and 15 percent of all gamers show signs that could be characterized as addiction.

Although this disorder can have significant consequences for those who suffer from it, its signs and symptoms can sometimes be very difficult to recognize.

What is video game addiction?

It has been suggested by some in the medical community as a distinct behavioral addiction characterized by the excessive or compulsive use of computer games or video games that interferes with a person’s daily life. Addiction can present as compulsive gambling, social withdrawal, mood swings, diminished imagination, and an extreme focus on gambling achievements to the exclusion of other life events.

Currently, there is no single universally agreed definition of video game addiction. There is no set number of hours one must play to be considered addicted to video games, most definitions refer to excessive gambling that results in negative emotional, social, relational, educational or career related consequences.

Instead of devoting energy to “real world” activities, a video game addict spends most of his time playing. Someone who has developed an addiction to them prioritizes achievement over all other activities, such as spending time with friends and family, school achievement, job performance, and interpersonal relationships.

Are there different types of video game addictions?

The standard video games are generally designed to be played by a single player and involve a goal or a clear mission, and rescue a princess. The addiction in these games is often related to completing that mission or exceeding a high score or a preset standard.

The other type of addiction is associated with multiplayer games , these are played online with other people and are especially addictive because they generally have no end. Players with this type of addiction enjoy creating and temporarily becoming a character, building relationships with other players online as an escape from reality. For some, this community may be the place where they feel they are the most accepted.

Researchers and clinicians are beginning to take a closer look at exactly what makes video games addictive. To date, research has found that certain games and genres are potentially more addictive than others, meaning not all are equally likely to result in overuse.

Most research suggests that massively multiplayer online games like World of Warcraft and first-person shooter games like Call of Duty tend to be more addictive than other genres like platformers, brawlers, runners, and casual games.

What problems are caused by video game addiction?

Video game addiction obviously does not have the same impact on everyone who experiences it, however, in general, the problems associated with unhealthy habits can be classified according to the following five categories:

People struggling with addiction may be at increased risk for depression , loneliness, social anxiety , anger, and feelings of shame from spending so much time playing games. Be aware that these problems can be the result of video game addiction, but they can also play roles in the development of excessive gambling.

This is usually not a problem for children, but adults and teens can spend large sums of money on new computers, consoles, subscription fees, and of course, new video games. Additionally, financial difficulties can occur when a person loses motivation to work (something that happens frequently), reduces their working hours due to poor job performance, or is laid off.

People addicted to video games develop poor sleep habits (due to late-night gaming sessions), may neglect personal hygiene, may have very little physical activity, and may make poor decisions regarding food (for example, snacking with often so that the games can continue instead of having proper meals). Excessive gambling has been linked to childhood obesity.

As addiction worsens, video game addicts tend to spend more time playing games and less quality time with friends, family, or other important people. The addict may claim that he or she has “many friends online” and still experiences loneliness, depression, and social isolation due to lack of personal contact with other people.

Family problems can be the most common hardship for those who are addicted to video games, although poor family relationships can increase the likelihood of addiction leading to family conflict.

What are the signs of video game addiction?

Initial efforts to define addiction were made by modifying the diagnostic criteria for known addictions, such as compulsive gambling. However, this informal method has not been widely adopted and as such psychologists, psychiatrists and researchers have been forced to define video game addiction without standardized diagnostic criteria. Definitions include the following symptoms:

According to the Illinois Addiction Recovery Institute, these symptoms can be both emotional and physical.

Some of the emotional signs or symptoms of video game addiction include:

Some of the physical signs or symptoms include:

Like any other compulsive disorder, video game addiction can have serious negative consequences, although most of the symptoms listed above have short-term effects, they can lead to more severe long-term repercussions if not treated properly.

For example, a person addicted to video games will avoid adequate sleep or eating to continue playing, although the short-term effects of this may include hunger and fatigue, they could eventually lead to a sleep disorder or related health problems. diet. Similarly, those who isolate themselves from others to gamble may miss out on family events, outings with friends, or other short-term events, if this remains a pattern for a long period of time, addicts may find themselves without any friends. .

Other long-term effects of addiction to consider are the financial, academic, and occupational consequences involved. Video games and video game equipment can be very expensive, especially when recurring costs are taken into account, such as the high speed internet connection required for online multiplayer games, these games can also be time consuming, leaving addicted gamers with less time to focus on their education or career.

Can video game addiction be diagnosed?

Video game addiction is not currently considered a diagnosable disorder and does not appear in any official mental health classification system, however there is a push among some mental health professionals (and addicts themselves) for the addiction to be recognized as a “real” disorder.

Future editions of the mental health classification manuals may list video game and internet addiction as impulse control disorders, but for now the terms are informal descriptions rather than official diagnosable conditions.

What treatment is available for video game addiction?

Because this type of addiction is a very new development in the world of mental health, there are relatively few treatment options available to those who recognize the need to change their excessive gambling habits.

In general, cognitive-behavioral therapy has been the treatment modality of choice for video game addiction, as it involves changing the thoughts (cognitions) that contribute to unhealthy gambling habits and also modifying actions (behaviors) to slowly reduce the amount of time you spend playing.

1. One-on-one counseling with a psychologist or therapist who is experienced in treating video game addiction, this may be the best option if one can find an affordable and qualified therapist in their area, but unfortunately the specialists in video game addiction they are still quite rare (although this is changing as the problem becomes more prevalent).

2. Family therapy that involves modifying family systems, interactions, and family dynamics that can contribute to excessive gambling habits. The family therapy is most common when the customer identified is a child or adolescent may be useful but it can be a great challenge for all members of the family needed to commit to the process.

3. Video game addiction treatment centers that offer intensive patient recovery programs administered by a variety of mental health professionals, these facilities are much more common in countries like South Korea than in the United States. Although these programs are extremely expensive (they cost tens of thousands of dollars), there has been very little research on the results of treatment.

4. Wildlife therapy that involves the complete removal of the person from environments where video games are accessible. Wildlife therapy has been used as an intervention for a variety of behavior problems in children and adolescents and is also beginning to be offered for video game addiction, as is hospital treatment, therapy in the wild is generally very expensive and may not be offered locally.

5. Video game addiction books that offer self-help treatment for excessive games, for those who cannot find a qualified therapist or pay for more expensive treatment options, the step-by-step guides to stop the addiction (for oneself or another person ) can be a very convenient and useful alternative.