Skip to content
PsychoTreat > Psychology > What Is Aggression ?: Factors, Causes, Types, And Treatment 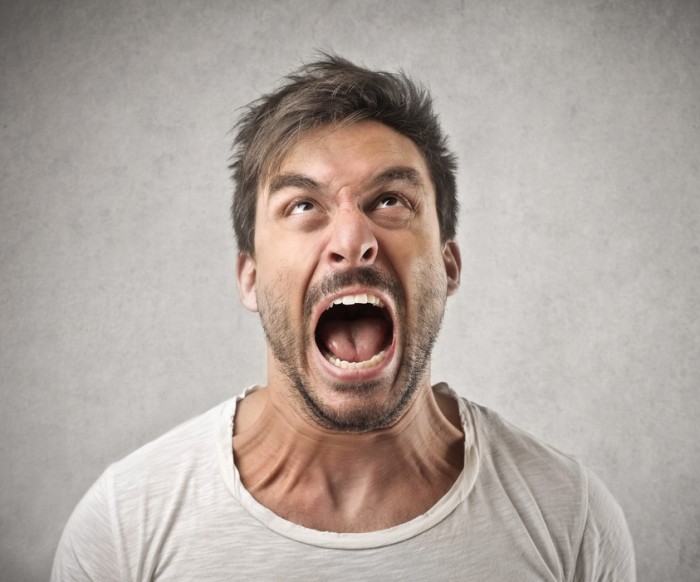 Aggression is a word we use every day to characterize the behavior of others and perhaps even ourselves. We say that people are aggressive if they yell or hit each other. Because aggression is so difficult to define, social psychologists, judges, and politicians (as well as many other people, including lawyers) have spent a lot of time trying to determine what should and shouldn’t be considered assault. . Doing so forces us to use causal attribution processes to help us determine the reasons for the behavior of others.

In psychology, aggression refers to various behaviors that can cause physical and psychological harm to yourself, others, or objects in the environment. This type of behavior focuses on harming another person, either physically or mentally. It can be a sign of an underlying mental health disorder, a substance use disorder, or a medical disorder.

When you engage in aggressive behavior, you may feel irritable, restless, and impulsive. You may find it difficult to control your behavior, and you may not know what behaviors are socially appropriate. In other cases, you might act aggressively on purpose.

Social psychologists define aggression as behavior that aims to harm another person who does not want to be broken (Baron & Richardson, 1994). Because it involves the perception of intention, what appears to be aggression from one point of view may not look like this from another. The same harmful behavior may or may not be considered aggressive depending on its intention. However, intentional harm is perceived as worse than unintentional harm, even when the damage is identical (Ames and Fiske, 2013).

You can see that this definition rules out some behaviors that we might generally think of as aggressive. For example, a rugby player who accidentally breaks another player’s arm, or a driver who accidentally hits a pedestrian, would not be, by our definition, showing aggression because even though he hurt himself, there was no intention to do so.

And not all intentional behaviors that hurt others are aggressive. A dentist might intentionally give a patient a painful injection of a pain reliever, but the goal is to prevent further pain during the procedure.

Factors that can influence aggression

Several different factors can influence the expression of aggression, including:

Many things can shape your behavior. These may include your:

As an adult, you can act aggressively in response to negative experiences. For example, you can get aggressive when you’re feeling frustrated, and it can be related to depression, anxiety, or other mental health conditions.

Many mental health conditions can contribute to aggressive behavior. For example, these include:

Different health conditions contribute to aggression in different ways. For example, if you have autism or bipolar disorder, you might act aggressively when you feel frustrated or unable to talk about your feelings. If you have conduct disorder, you will work aggressively on purpose.

Is aggression innate or learned?

Sigmund Freud argued that human motivational forces, such as sex and aggression, are based on instincts. In his early writings, Freud proposed the drive towards sensory and sexual gratification as the primary human instinct, which he called eros. However, after witnessing the horrors of World War I, he proposed that humans also have destructive and destructive instincts. Mortal.

According to Konrad Lorenz, a Nobel Prize-winning scientist, aggressive behavior in both humans and non-humans comes from an instinct. This aggressive instinct presumably developed during evolution because it promoted the survival of the human species. Since fighting is closely related to mating, aggressive instinct helped ensure that only the most vital individuals would pass on their genes to future generations.

Other psychologists have proposed that aggression is not an innate drive, like hunger, for gratification. According to Albert Bandura’s social learning theory, people learn aggressive behaviors in the same way they learn other social behaviors: through direct experience and observing others. When they watch and copy the behavior of others, this is called modeling, which can weaken or strengthen the aggressive response.

This debate between nature and nutrition has often generated more heat than light. Many aggression experts favor a middle ground in this debate. There is a role for learning, and people can learn to behave aggressively. There may also be an innate basis given the universality of aggression and some of its characteristics (e.g., young men are always the most violent individuals) and recent findings from heritability studies.

How does aggression develop?

It is said that there is some aggression in the birth cry. Crying is never considered a positive and pleasant response. After birth, when the newborn cries due to a hot or cold environment, due to hunger pangs, it indicates components of anger and fear, but this cannot be differentiated before six months.

At the age of 8-9 months, the child usually learns to show fear of strangers, and at this age, he begins to become aware of various sources of threat and expresses his aggression by crying, throwing things here and there, pinching, ripping and the like.

When they grow up and hear stories of violence, they also learn to imitate it. Gradually, when they blend in with the environment and find that many of their needs are not being met, they show signs of aggressive behavior.

Violence gradually increases with increasing age, and anger, as an emotion, is experienced by the child alongside fear having the highest frequency.

The more frustrating situations the child experiences in his environment, the greater the scope of violence. He also learns a lot of aggressive behavior from his parents, relationships, neighbors, and peers. The more frustrated he is, the more aggressive his behavior. To control such aggression, one has to expose the childless and more minor to frustrating situations. 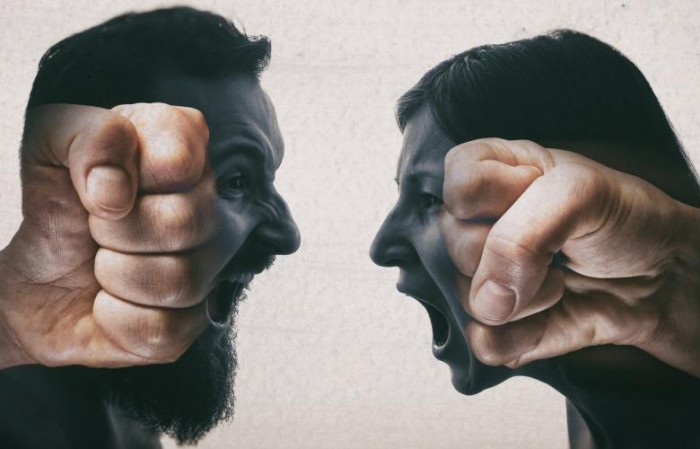 Aggression can be defined in multiple ways, and research in various fields describes different types of charges. Here we will mention some of them:

It involves acts of violence taken to cause harm to the recipient, including death, through the use of weapons or even someone’s bare hands. Anger is a frequent source of aggression, but aggressive behavior can also result from intoxication or frustration.

People with Alzheimer’s disease can also display aggressive behavior due to decreased cognitive ability, confusion, or frustration. Self-mutilation, or physical violence against oneself, often occurs in conjunction with severe mental disorders, such as borderline personality disorder, according to the National Institutes of Health and Associations, to help people with emotional injuries and antisocial personality disorder.

Verbal aggression includes behaviors such as bullying, threats, or yelling. It includes name-calling and name-calling in the category of domestic violence. Reproaches, intentional or perceived, can have profound detrimental effects on recipients.

It involves the threat of violence, at least in the person’s perception on the receiving end. Harassment involves one or more forms of non-verbal intimidation, including tracking the victim, installing malicious software on the victim’s computer, sending unwanted gifts, and vandalism against the victim’s property.

Also known as affective aggression, intense emotions, usually anger, characterize impulsive aggression. This form of charge is unplanned and takes place in the heat of the moment.

When another car pulls you up in traffic and starts yelling and berating the other driver, you are experiencing impulsive aggression. Research suggests that mainly when caused by anger, it triggers the acute threat response system in the brain, involving the amygdala, hypothalamus, and periaqueductal gray.

How is a person with aggression treated?

To work through aggressive behavior, you need to identify its underlying causes.

It can help talk to someone about experiences that make you feel aggressive. In some cases, you can learn how to avoid frustrating situations by making lifestyle or career changes. You can also develop strategies to cope with frustrating problems. For example, you can learn to communicate more openly and honestly without becoming aggressive.

Your doctor may prescribe medication to treat your aggressive behavior in some cases. For example, they may prescribe antiepileptic drugs such as phenytoin and carbamazepine. If you have schizophrenia, Alzheimer’s, or bipolar disorder, you may be prescribed mood stabilizers, encouraging you to take omega-3 fatty acid supplements.

Your treatment plan will vary depending on the underlying causes of your aggressive behavior. Speak with your doctor to learn more about your condition and treatment options.

The psychoanalytic theory, better known as the psychodynamic approach, was founded by Sigmund Freud; according to this theory, human aggression is an instinctive impulse related to the person, not the situation, and therefore, a part inevitable of human life.

Freud believed that all humans possess two basic drives from birth that contribute to the development of personality and behavior: the drive for aggression (Thanatos) and the drive for pleasure (Eros). Thanatos, or destructive energy, is expressed in aggression towards others and self-destructive behavior. Furthermore, the two primitive forces, life and death instincts, seek constant expression and satisfaction while at the same time opposing each other in our subconscious. This conflict is the origin of all aggression.

Freud saw the aggressive impulse as part of identification, the amount of the psyche that motivates behavior. The ego, our rational being, and the superego, our ideal image of ourselves, oppose or repress aggressive impulses. The conflict between the different parts of the personality creates tension in the individual, who then uses a defense mechanism or ways to confront and block the awareness of this conflict.

Anna Freud, Freud’s psychoanalytic heiress, also emphasized the deterioration of the bond between parents and infants as one of the causes of pathogenic behavior and believed that emotional bonds in early childhood help to “fuse and neutralize” aggressive impulses in childhood. Later life.

Therefore, according to this theory, one can never eliminate aggression but rather try to control it by channeling it in ways that involve symbolic gratification. This indirect gratification results in catharsis, or the release of impulse energy, and a failure in doing so leads to aggressive behavior.